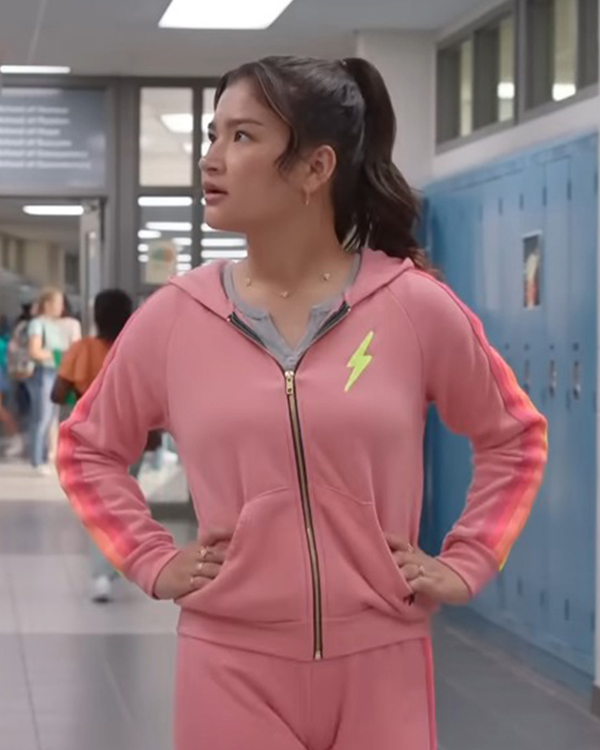 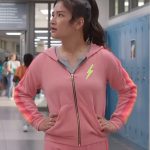 13: The Musical is an upcoming musical coming-of-age, comedy-drama film, scheduled to be premiered through Netflix on 12th August 2022. The film is directed by Tamra Davis. It is adapted for the screen by Robert Horn from his Jason Robert Brown and Dan Davis 2007 musical of the same name. The film follows a divorced, clever middle schooler who is determined to throw the best bar mitzvah ever. Frankie McNellis portrays Lucy in the movie, and she looks great in this 13 The Musical 2022 Frankie McNellis Pink Hoodie. You, too, can have the same hoodie that Frankie is wearing in the film for yourself. All you need to do is; place your order before the stock ends.

This trendy women’s hoodie is made from high-quality fleece material. It is superbly designed with a hooded collar, long sleeves with rib knitted cuffs, two slant waist pockets outside, two pockets inside, and a front opening with a zippered closure, along with the rib knitted waistline. This women’s beautiful hoodie is available in pink color.