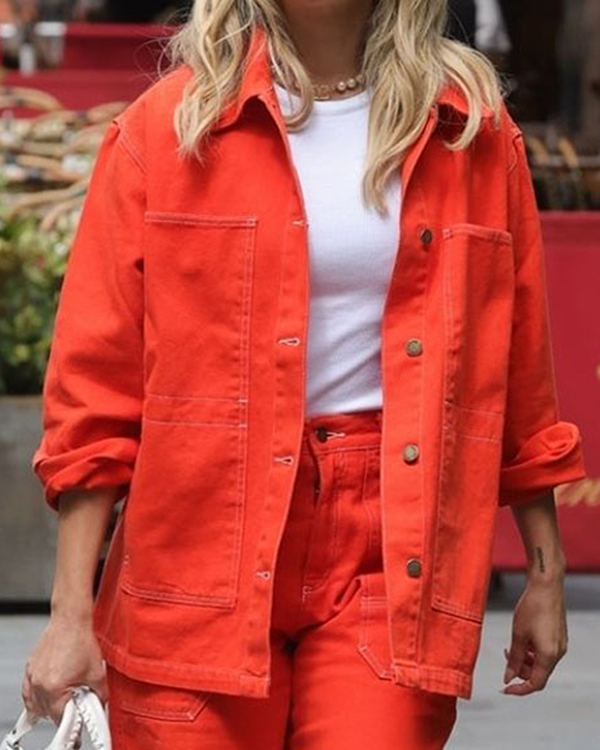 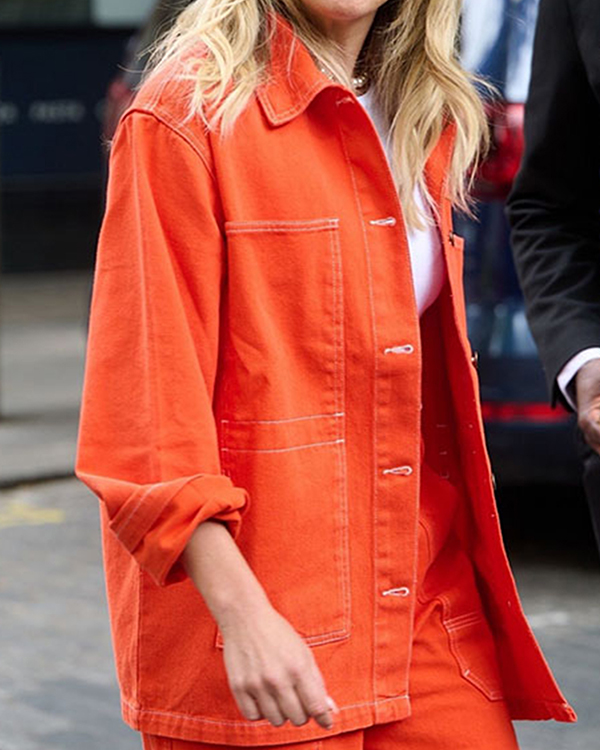 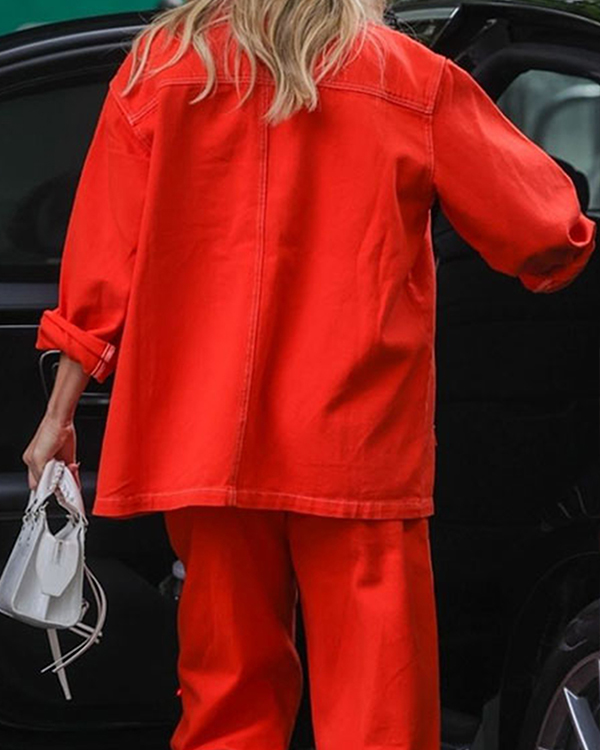 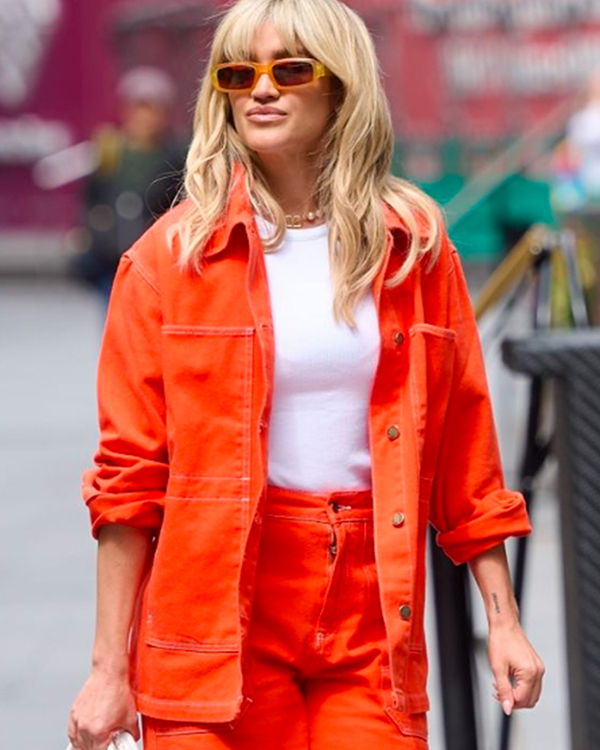 Ashley Allyn Roberts is an American singer, dancer, and media personality, born on 14th September 1981, in Phoenix, Arizona. She is a member of the pop R&B girl group and dance ensemble The Pussycat Dolls. She released her debut studio album, “Butterfly Effect,” in 2014. Roberts appeared in several British television shows, including I’m Celebrity. Get me out of here in 2012, Dancing on the Ice in 2013-2014, and Art & Dec’s Saturday Night Takeaway 2013- 2016. The Jump in 2015 and Strictly Come Dancing in 2018. She is currently a presenter on Global’s Heart 00s. She is also a reporter for Heart FM’s Breakfast Show. . Ashley Roberts is seen wearing this Ashley Roberts Orange Denim Jacket by the paparazzi. Hurry up, girls! Grab the same denim jacket for yourself that Ashley is wearing. All you need to do is; place your order before the stock ends.

This stylish women’s jacket is made from high-quality denim material. It is superbly designed with a shirt-style collar, long sleeves with buttoned cuffs, two patch pockets on the chest, two patch waist pockets outside, two pockets inside, and a front opening with a buttoned closure. This women’s beautiful denim jacket is available in orange color.