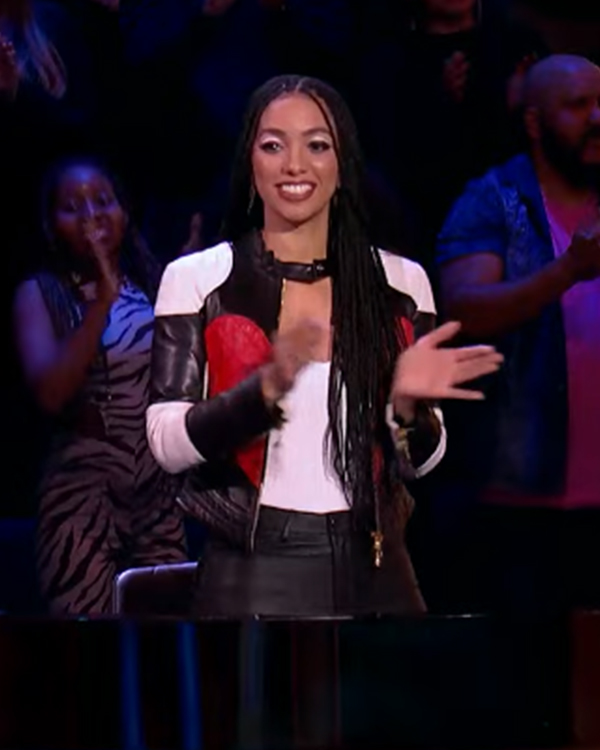 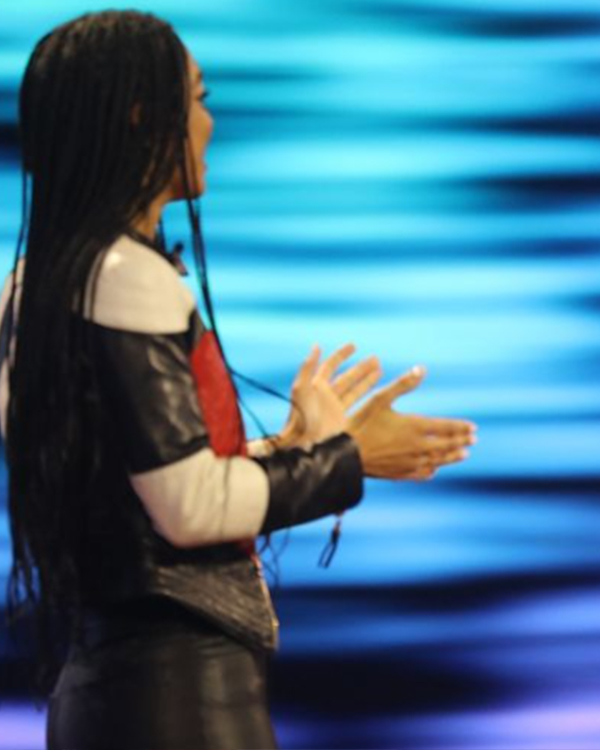 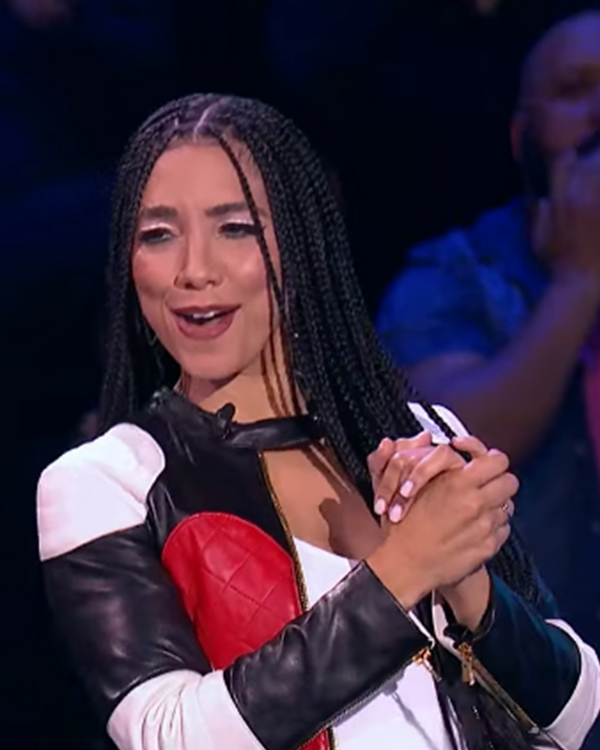 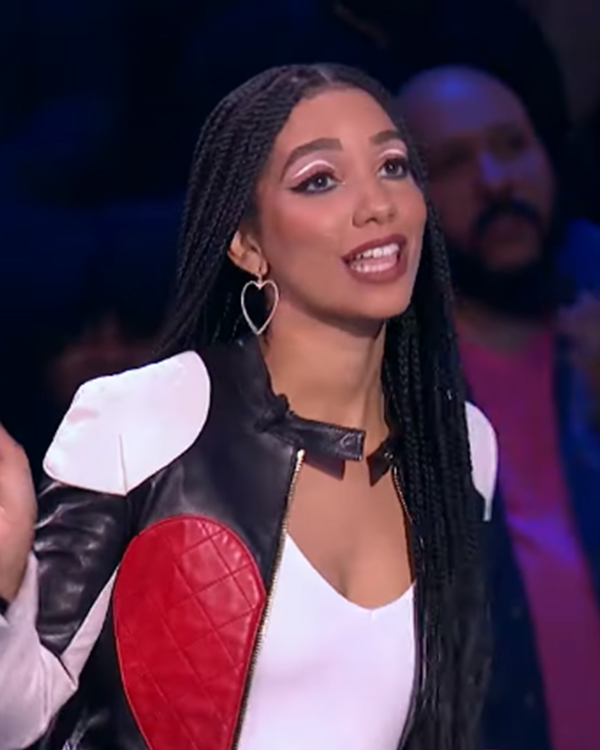 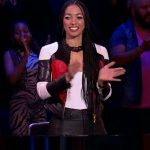 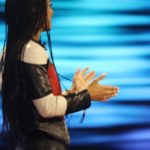 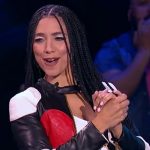 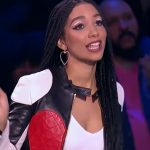 Beat Shazam is an American family, musical and game TV series created by Jeff Apploff and Wes Kauble. The show follows two teams who race to identify songs in hopes to win money. The one who wins the most money gets to compete against the show’s computer Shazam. The show is hosted by Jamie Foxx and his adorable daughter. The show was released on the 25th of May 2017 and currently has 5 successfully released seasons. It has received a generally positive review from the audience and the critics.

Many stars appear on the show to play the game. Recently, in season 5 Corinne Fox came to the screen. She was adored and loved for her appearance on the show. Her outfit was the most highlighted and appreciated aspect. Beat Shazam S05 Corinne Fox Leather Jacket is already trending all over the internet. The jacket is made up of genuine leather material and has a soft inner viscose lining. It has a rib-knit collar, a front zippered closure, and has long sleeves with zippered cuffs. It comes in black and white color and has two front pockets along with two inner pockets.