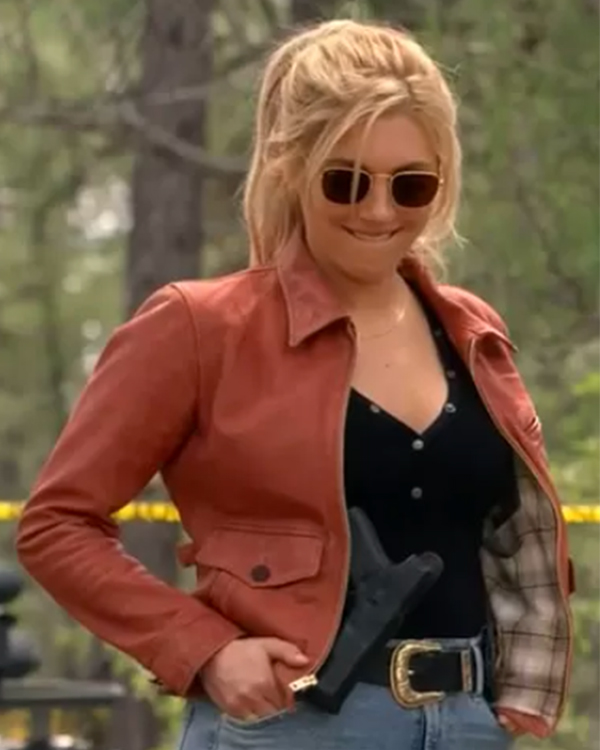 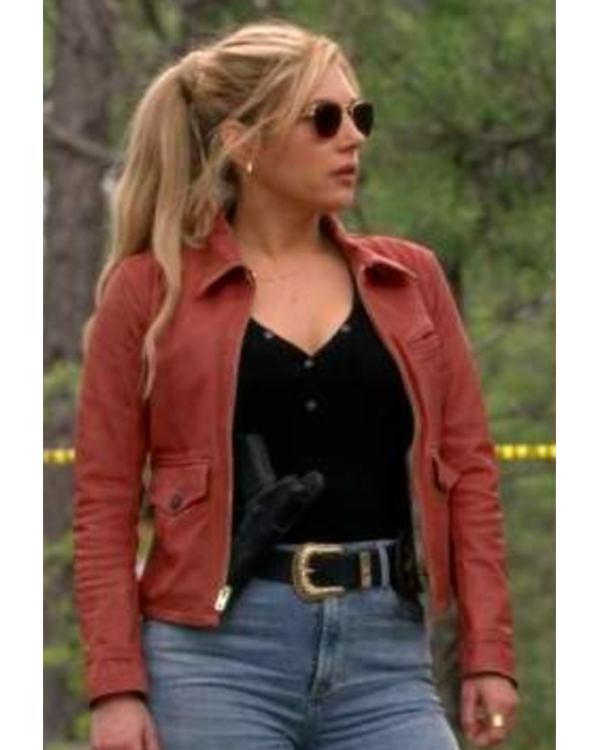 “Big Sky” is a crime drama thriller series launched on 17th November 2020 in ABC’s 2020-21 television season. The series was renewed for a second season in May 2021, premiered on 20th September 2021, and was renewed for a third season in May 2022. It is created by David E. Kelley. The series is based on The Highway series of books by C.J.Box. The series is set in and around Lewis and Clark County, Montana. The story is about private detective Cassie Dewell and Cody Hoyt, who teams up with his estranged wife and ex-cop, Jenny Hoyt, to search for two sisters who a truck driver has kidnaped on a remote highway in Montana. When they began searching, it was revealed that these two girls were not the only girls who had been abducted in this area. Now they must unite and catch the killer before another girl disappears. Katherine Winnick portrays the character of Jenny Hoyt in the series, and she looks fabulous in this Big Sky S03 Katheryn Winnick Orange Leather Jacket. Hurry up, girls! Grab your PCs and order the same jacket for yourself that Katherine is wearing in the series. So, what are you waiting for?; order your jacket before it gets out of stock.

This trendy women’s jacket is made from excellent quality genuine leather with a soft viscose fabric lining inside. It is superbly designed with a shirt-style collar, long sleeves with open hem cuffs, two buttoned flap patch waist pockets outside, two pockets inside, and a front opening with a zippered closure. This women’s lovely genuine leather jacket is available in brown color.