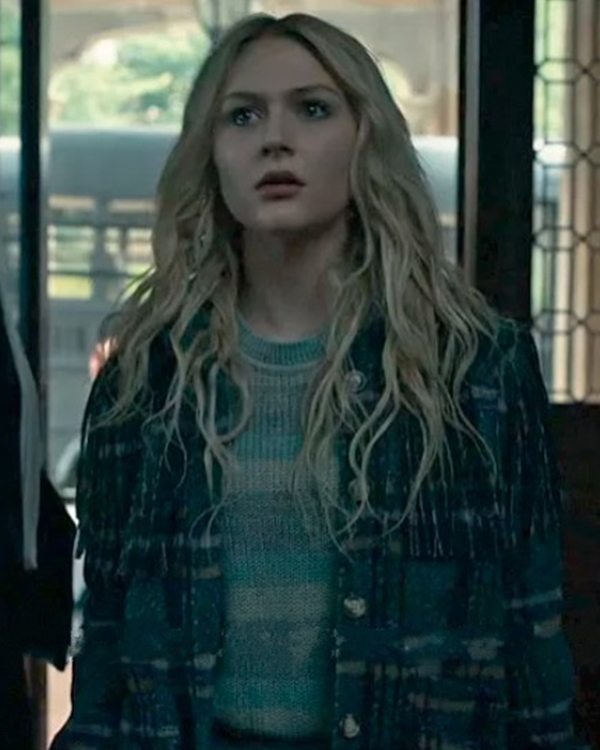 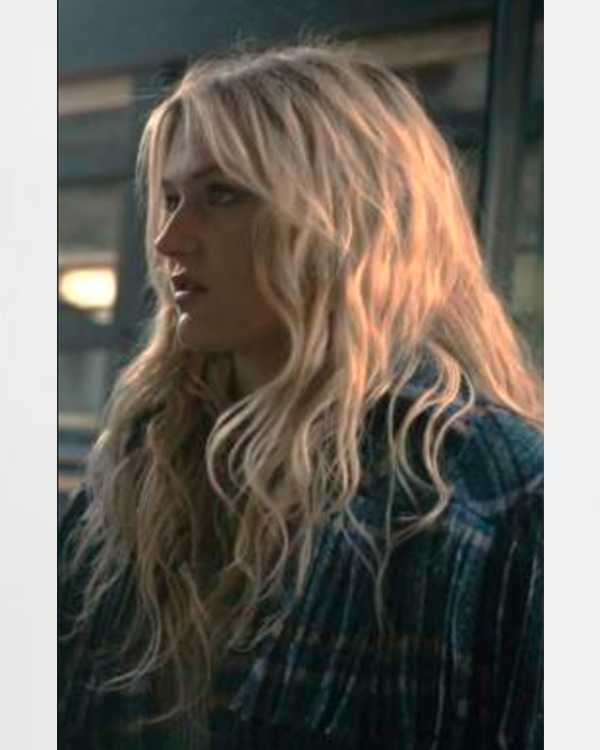 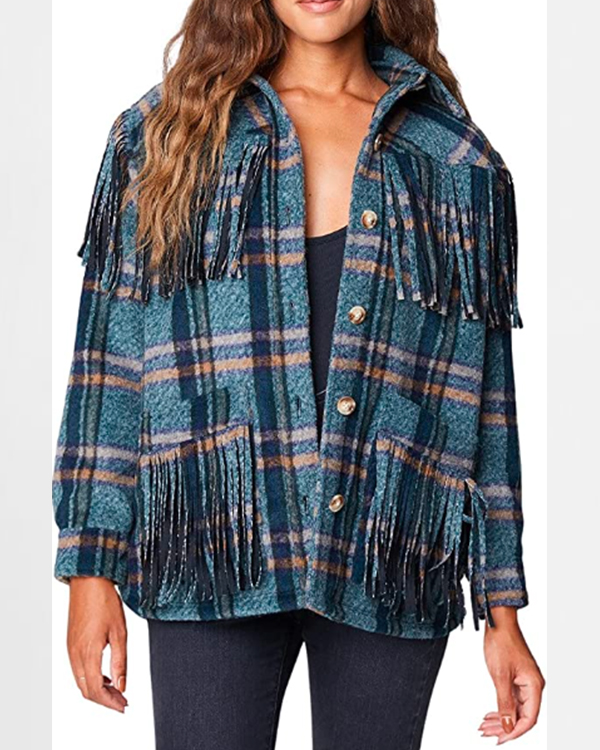 Chucky is a horror thriller television series that premiered its first season on 12th October 2021 simultaneously on Syfy and USA Networks. Later in November 2021, it was renewed for a second season premiered on 5th October 2022. It was created by Don Mancini and produced by David Kirschner, both serving as the executive producers for the series. The series is based on the Child’s Play film franchise and serve as the sequel to Cult of Chucky, the seventh film in the franchise. Brad Dourif is reprising his character as the voice of Chucky. The series follows Chucky as he commits a series of mysterious murders in a quiet city in the United States. Alyvia Alyn Lind portrays the character of Lexy Cross, and she looks gorgeous in this Chucky Season 2 Lexy Cross Plaid Fringe Jacket. Hurry up, girls! Grab the same jacket for yourself Alyvia is wearing in the series. All you need to do is; place your order before the stock ends.

This stylish women’s jacket is made from high-quality wool blend material. It is superbly designed with a shirt-style collar, long sleeves with fringes around the shoulders and buttoned cuffs, two fringed patch waist pockets outside, and a front opening with a buttoned closure. This women’s beautiful genuine leather jacket is available in a blue color plaid pattern.