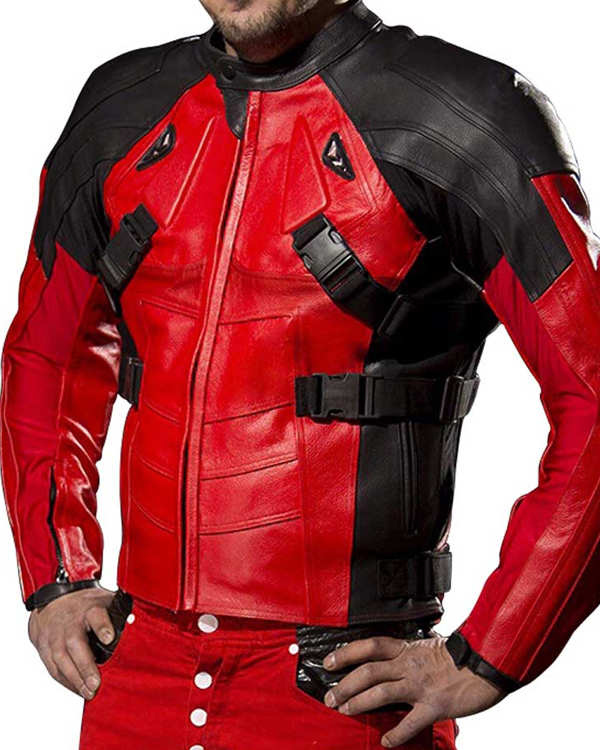 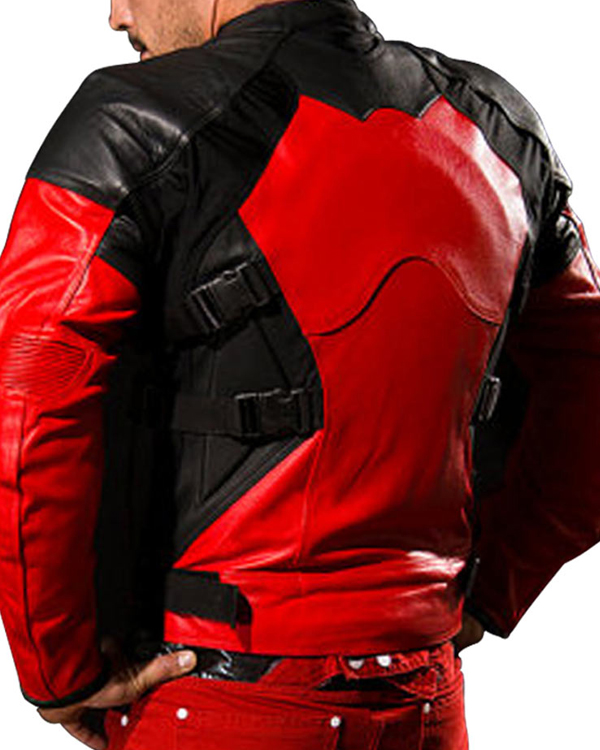 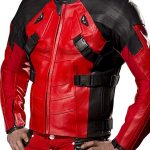 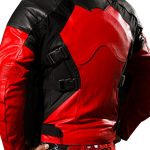 Deadpool is an American action, science fiction, superhero, and comedy movie directed by Tim Miller. The movie is based on a character from the Marvel Comic Universe. The movie revolves around a man who was used in an experiment and turned out to have mutant abilities. The movie was released on the 12th of February 2016 and stars include Morena Baccarin, Ed Skrein, T.J. Miller, Gina Carano, Brianna Hildebrand, and others. the movie received amazing response and a sequel was released on the 1st of May 2018.

Deadpool is a much-loved character by all. His particular costumes add the kick in the character. You can grab on to the same looking jacket available on our category. Deadpool Red and Black Armored Biker Jacket is made up of genuine leather material with a soft inner viscose lining. It has a snap-tab collar, a front zipper closure, and long sleeves with zipper cuffs. It consists of two front waist pockets and two inner pockets. It comes in red and black color just like the costume of Deadpool.