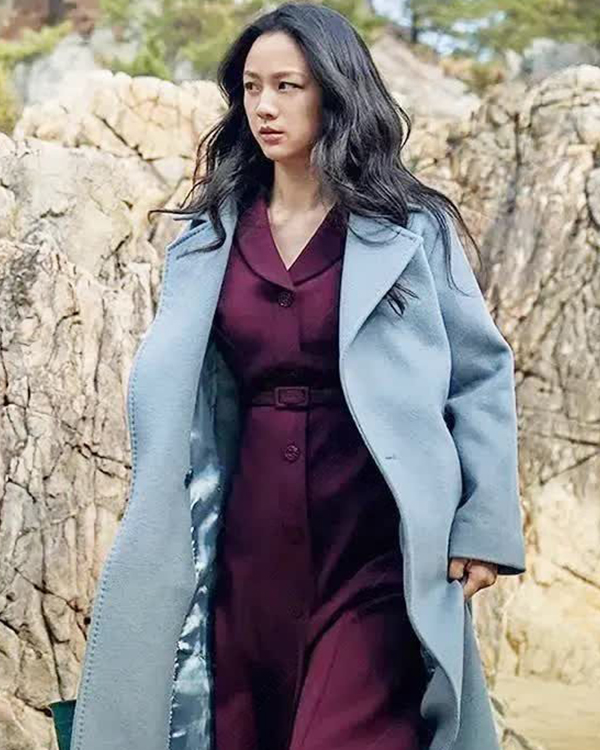 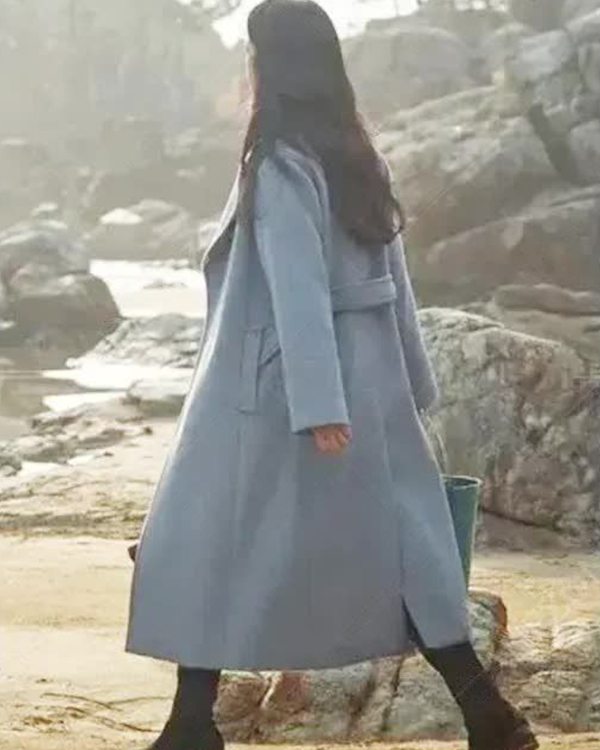 The South Korean crime thriller “Decision To Leave” is a drama and mystery film that premiered theatrically on 29th June 2022 in South Korea. It was produced, co-written, and directed by Park Chan-wook. The film was first premiered at the 2022 Cannes Film Festival, where it was selected to compete for the Plame d’Or, and Chan-wook won the Best Director award. The film was chosen as the South Korean entry for the Best International Feature Film at the 95th Academy Awards. The film is about a detective who falls for a mysterious widow when she becomes the prime suspect in his latest murder investigation. Tang Wei portrays the role of Seo-rae in the film, and she looks stylish in this Decision To Leave 2022 Tang Wei Light Blue Coat. Hurry up, girls! Get the same long coat for yourself that Tang wore in the film. So, what are you waiting for? Order your coat before it gets out of stock.

This elegant women’s long coat is made from superior wool blend material, with a soft viscose lining inside. It is superbly designed with a notched lapel collar, long sleeves with open hem cuffs, two slit waist pockets outside, two pockets inside, and a front opening with a buttoned closure with a wrap belt around the waist. This women’s beautiful wool blend long coat is available in light blue color.