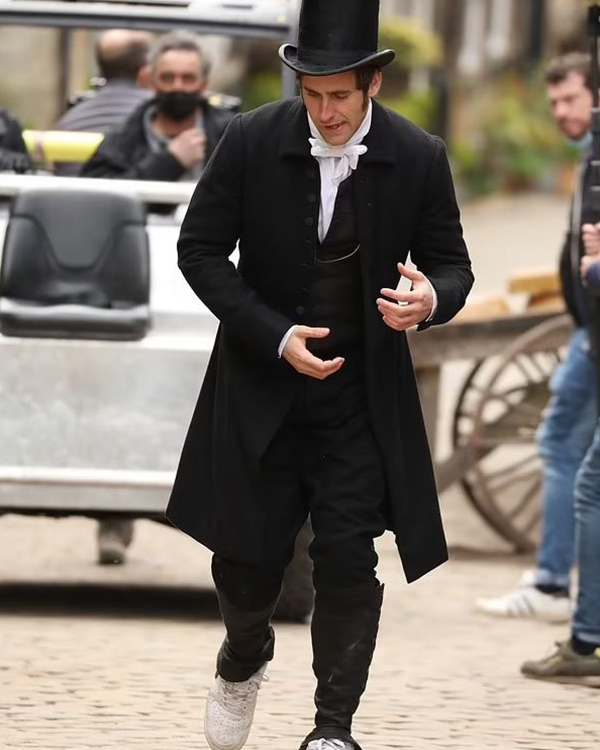 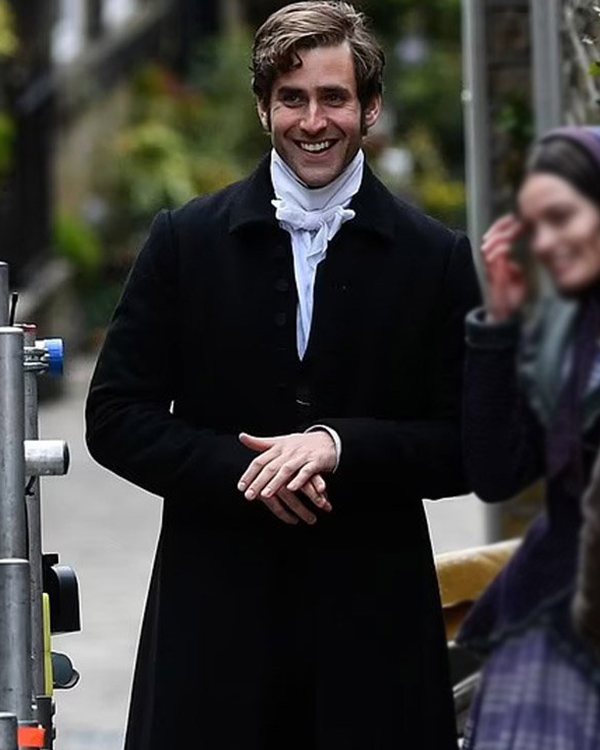 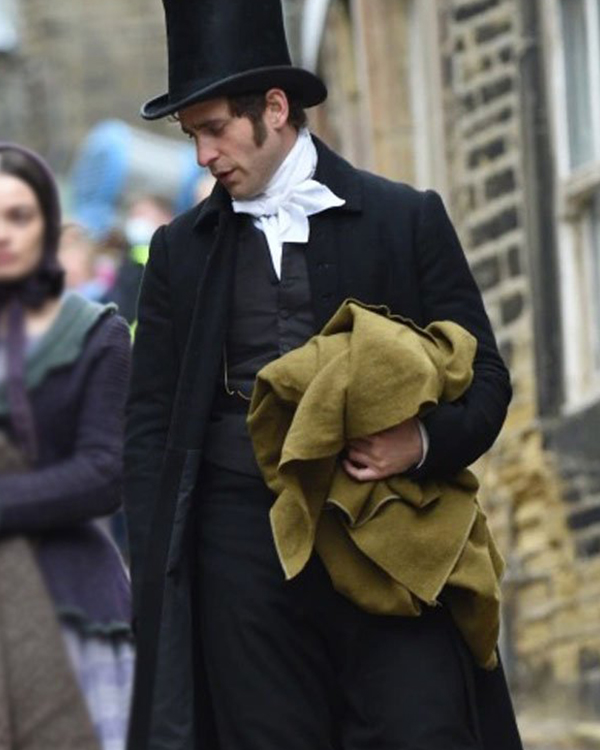 Emily is a biographical drama film that initially premiered at the 2022 Toronto International Film Festival and is set for a theatrical launch in the UK by Warner Bros. Pictures on 14th October 2022 and in the US in 2023 by Bleecker Street. It is directed by Francis O’Connor in her directorial debut. The film portrays the brief life of English writer Emily Bronte portrayed by Emma Mackey before she wrote Wuthering Heights. Oliver Jackson-Cohen portrays the character of William Weighman, and he looks handsome in this Emily 2022 Oliver Jackson-Cohen Black Coat. You, too, can have the same coat Oliver wears in the film. So, hurry up and place your order before the stock lasts.

This elegant men’s long coat is manufactured with superior quality wool blend material and a soft viscose lining inside. It is superbly designed with a shirt-style collar, long sleeves with open hem cuffs, two waist pockets outside, two pockets inside, and a front opening with a buttoned closure. This men’s beautiful wool blend long coat is available in black color.