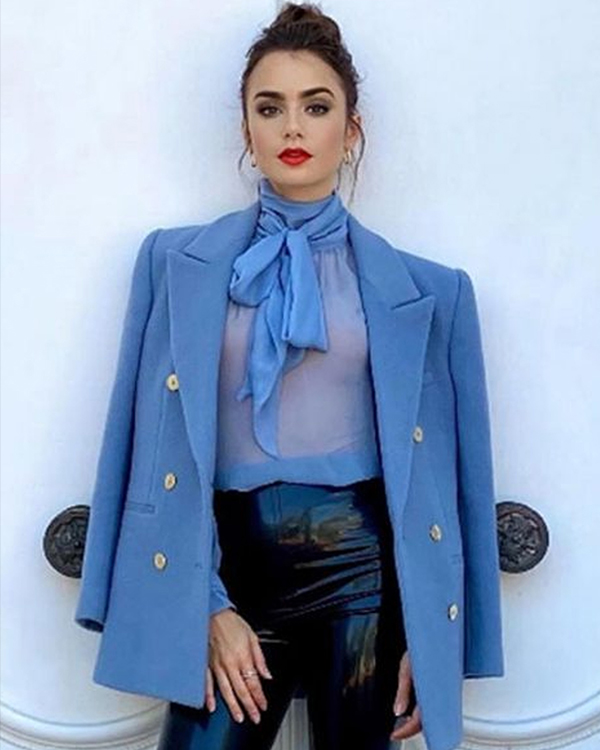 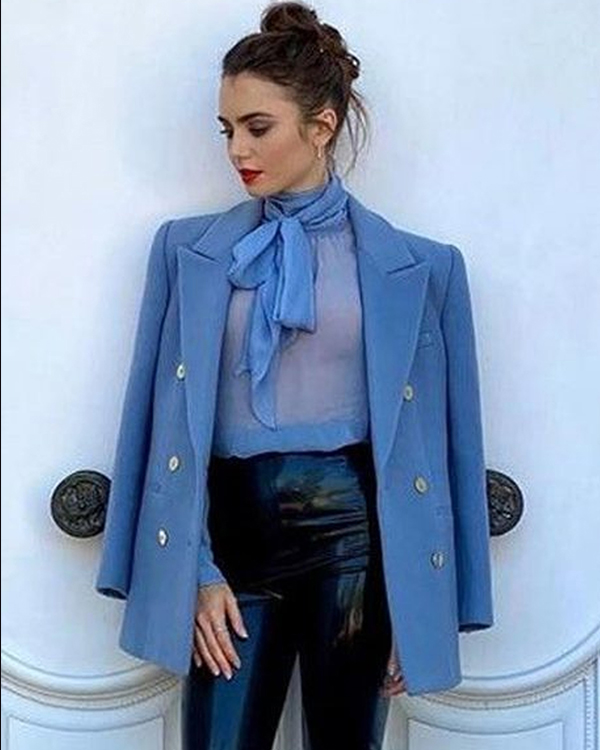 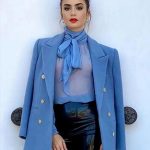 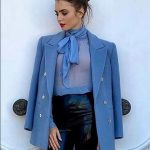 Emily in Paris is an American comedy, romantic and drama TV series created by Darren Star. The show is about a mid-aged woman who moves to Paris for a job opportunity and faces severe cultural clash there. The show was released on the 2nd of October 2020 and was released on Netflix. The cast of the show includes Lilly Collins, Ashley Park, Lucas Bravo, and other such amazing stars. The show has received a generally positive response from the audience and the critics. The show has already been renewed for a second season.

The lead role of Emily Cooper has been played by Lilly Collins and has received a ton of love and appreciation for her amazing performance as well as her elegant attires seen on-screen. Many of her attires has been highlighted and loved by the audience. Emily Cooper Emily in Paris Blue Peacoat is one of her most in-demand attires. It is made up of wool blend and has a soft inner viscose lining. It has a lapel collar, a front buttoned closure, and long sleeves with open hem cuffs. It comes in blue color and consists of two front waist pockets and two inner pockets.