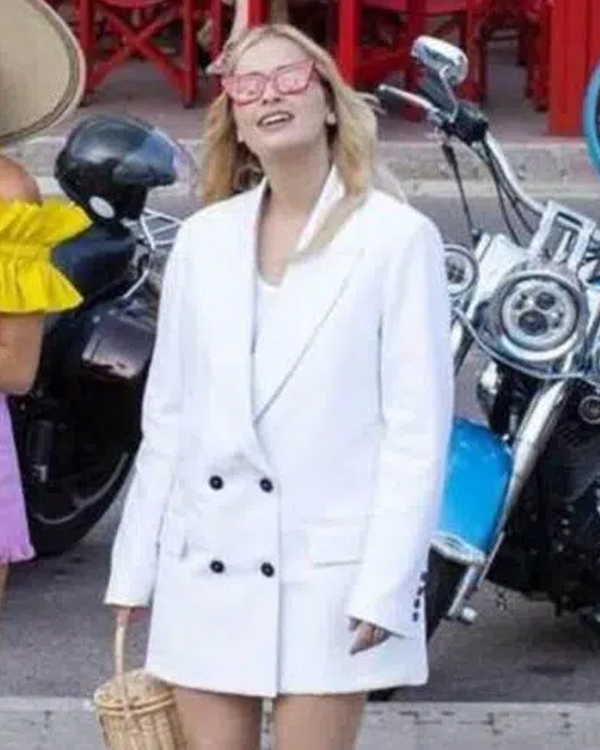 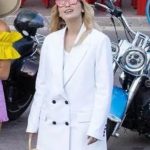 Emily in Paris – is a comedy drama TV series by Darren Star and is a definite watch. The show stars Lily Collins, William Abadie and Camille Razat. The focus of the show is on Emily Cooper, an American young woman who moves to Paris for a job opportunity, and since she doesn’t know French, she faces difficulty in communicating with people at work. The show basically portrays how she faces the challenges in both her professional and personal life. The show premiered on 2nd October, 2020 and the second season will be premiered on 22nd December, 2021.

Camille Razat plays the character of Camille in the series, as Gabriel’s girlfriend and Emily’s new friend. She is looking quite stunning and adorable wearing this white blazer in the upcoming second season. Emily In Paris S02 Camille Razat White Blazer is fabricated from wool blend fabric along with soft viscose lining on the inner side, offering a warm and comfortable wear. The notch lapel style collar is paired up with a front double breasted buttoned closure for a classic fit, with long sleeves, open hem cuffs and two flap patch pockets on the waist. The white color of the coat looks very decent and subtle and it can perfectly match up with your outfits later.