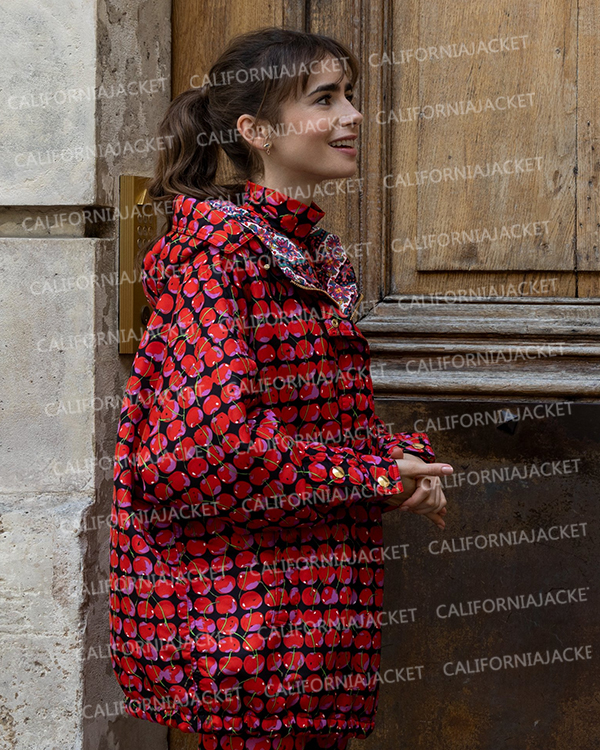 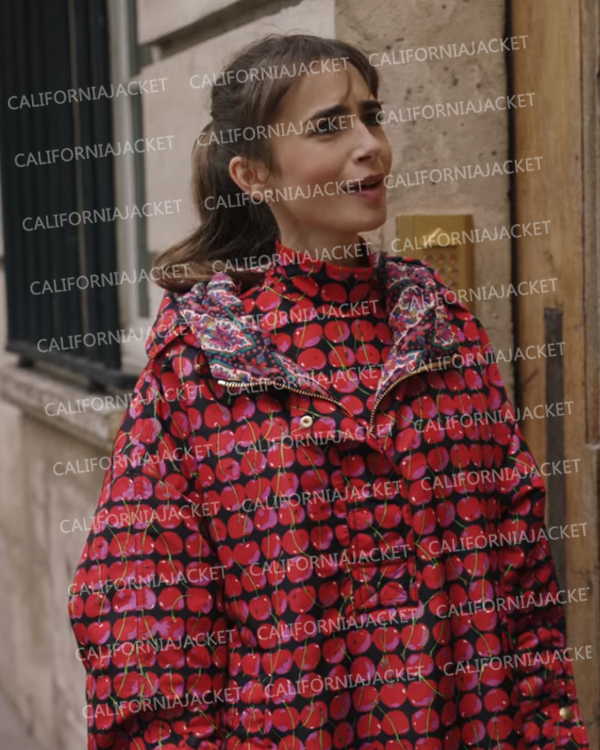 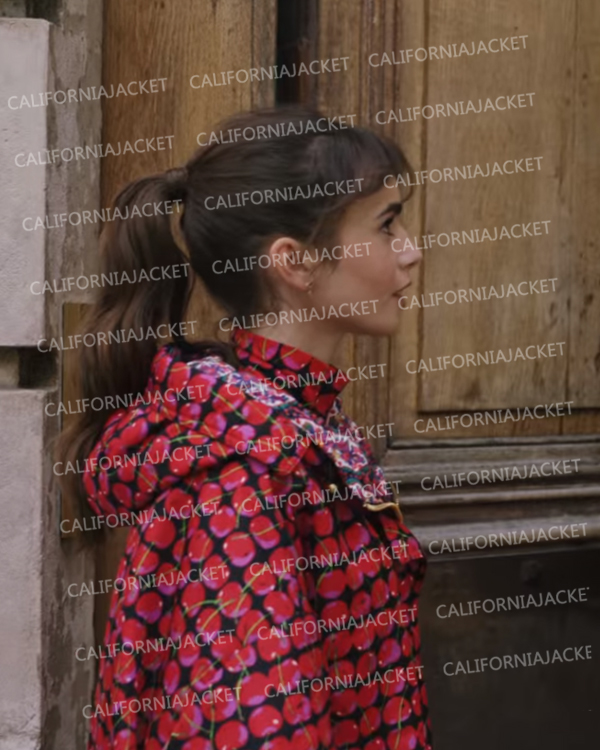 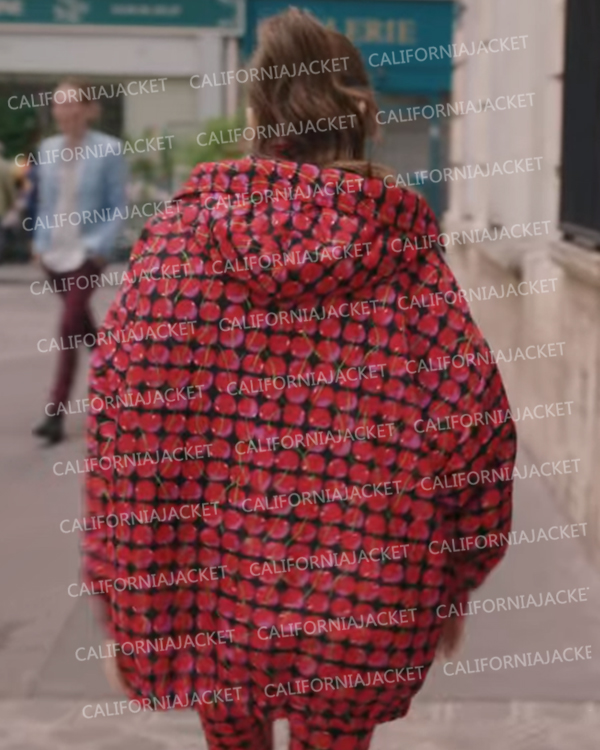 Lily Jane Collins is a British and American actress and model. Collins was critically acclaimed for her roles as Marla Mabrey in the comedy Rules Don’t Apply (2016), which earned her a nomination for the Golden Globe Award for Best Actress – Motion Picture Musical or Comedy, and for her portrayal of a young adult with anorexia in the controversial Netflix drama To the Bone (2017). She has also achieved recognition for her work in biographical films: she starred as Liz Kendall in the Netflix drama Extremely Wicked, Shockingly Evil and Vile (2019), as J.R.R. Tolkien’s wife Edith in Tolkien (2019), and as Rita Alexander in Mank (2020), the latter of which was a critical success, earning 10 Academy Award nominations. She is spotted wearing Emily In Paris S03 Lily Collins Cherry Hooded Jacket which is available on our website. So don’t waste your time and order this jacket before it gets out of stock.

This stylish jacket is made up of high-quality cotton material with a soft viscose lining which protects you from the cold winds. It has a hooded collar. Moreover, it is stylishly designed with a zipper closure. It has two waist pockets outside and two pockets inside to keep your valuables safe. It further has full sleeves with button cuffs and is available in red and black color.