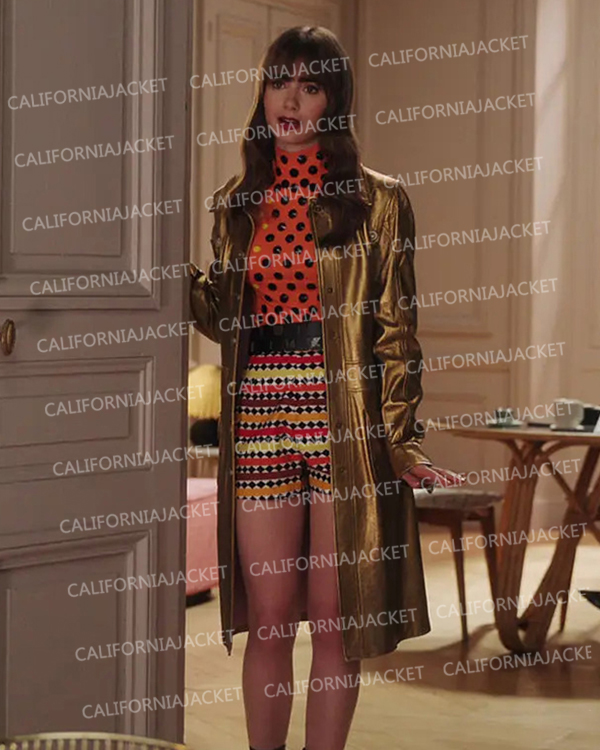 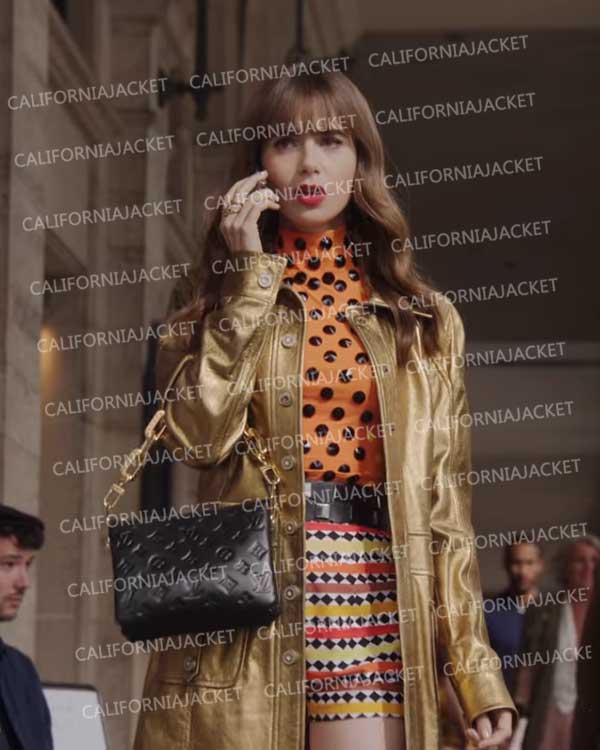 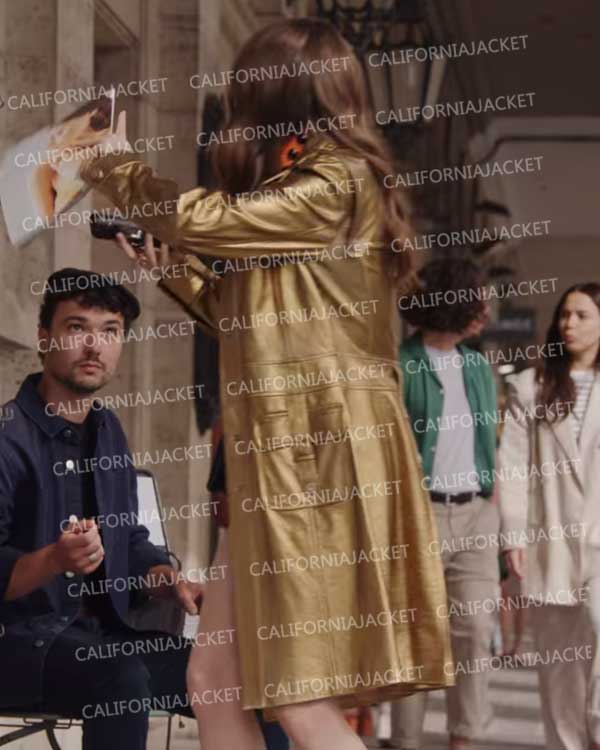 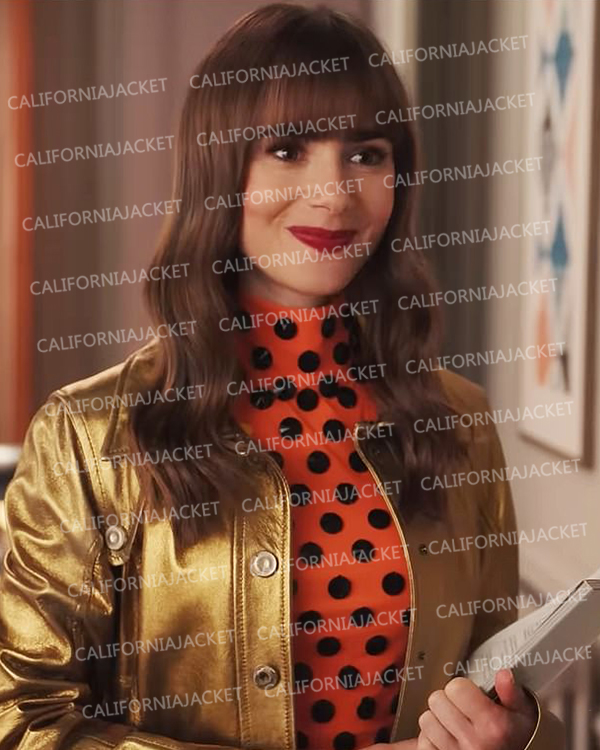 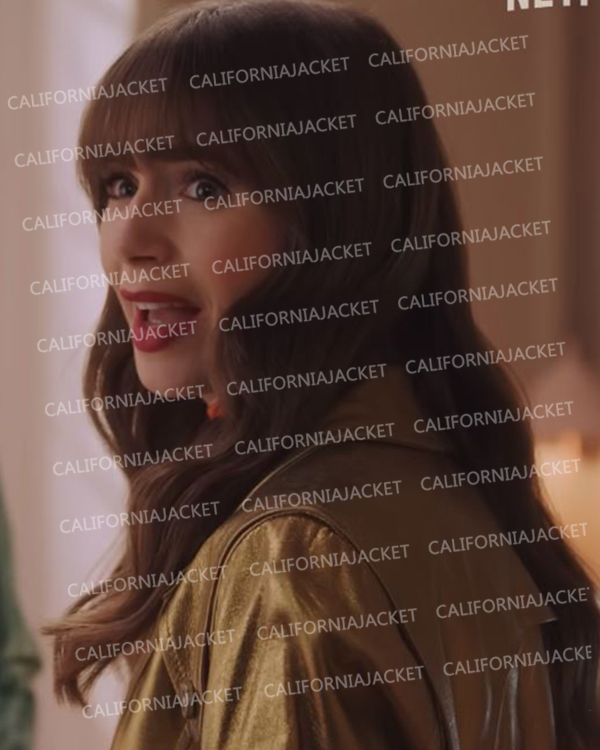 The new “Emily In Paris S03” is the Netflix original romantic-comedy drama series. It was released on 2nd October 2020, followed by the second season on 22nd December 2021. In January 2022, the show was renewed for a third and a fourth season by Netflix, and its third season is scheduled to be launched on 21st December 2022. The series is about Emily Cooper, portrayed by Lily Collins, an ambitious marketing executive, a young American woman from the Midwest hired by a marketing firm in Paris named “Savoir” in order to provide them with an American perspective on things. Lily Collins portrays the title character of Emily Cooper in the series, and she looks fabulous in this Emily in Paris S03 Lily Collins Golden Long Coat. Hurry up, guys! You, too, can get this gorgeous long coat for yourself that Emily is wearing in the series. Do not wait! Place your order before the stock ends.

This elegant women’s long coat is made from high-quality genuine leather with a soft viscose fabric lining inside. It is superbly designed with a shirt-style collar, long sleeves with buttoned cuffs, two waist pockets outside, two pockets inside, and a front opening with a buttoned closure. This women’s beautiful genuine leather long coat is available in golden color.