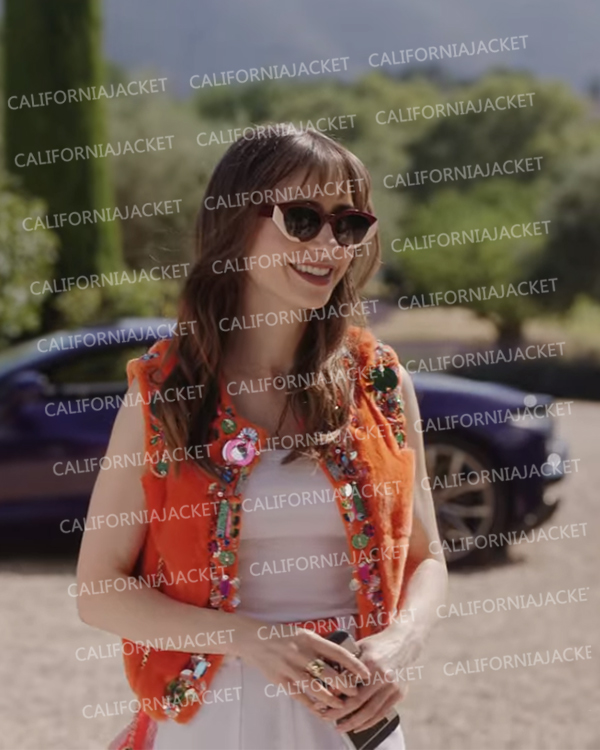 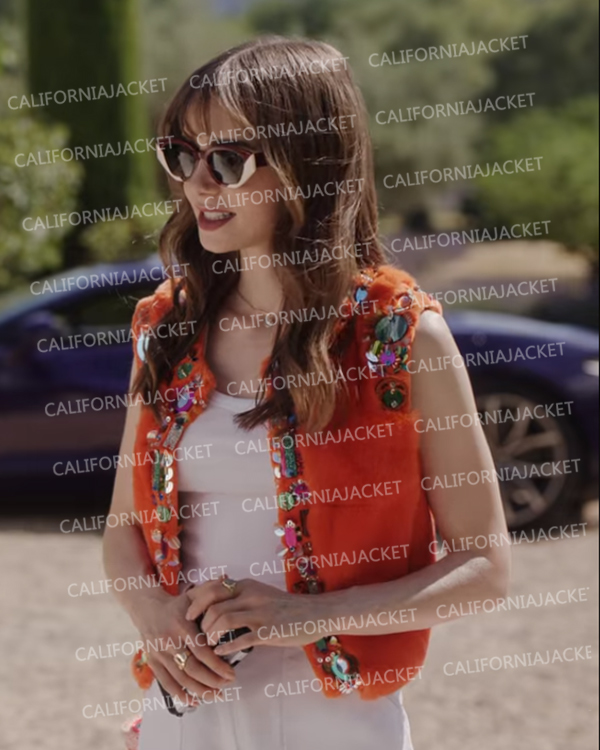 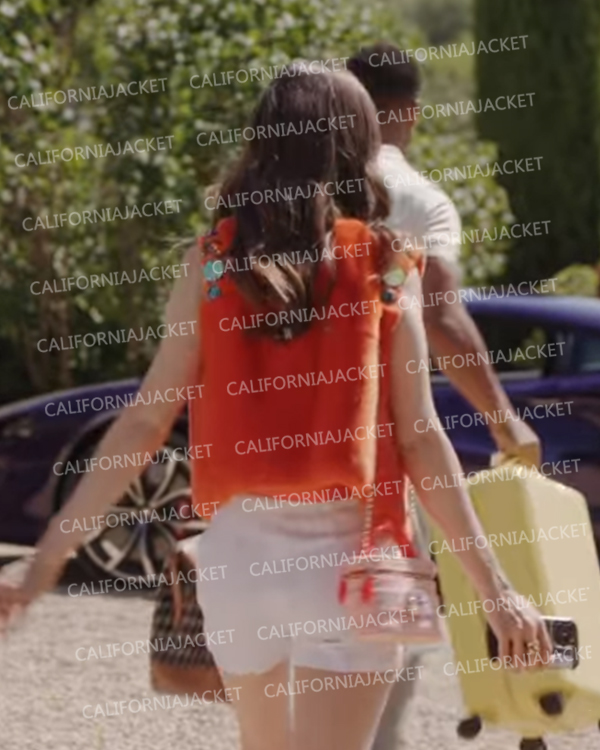 Lily Jane Collins is a British-American actress and model. Born in Guildford, Surrey and raised in Los Angeles, Collins began performing on screen at the age of two in the BBC sitcom Growing Pains. In the late 2000s, Collins began acting and modelling more regularly, and she had a career breakthrough with her performance in the sports-drama film The Blind Side, which was the third highest-grossing film of 2009. She is spotted wearing Emily In Paris S03 Lily Collins Orange Embroidered Vest which is available on our website. So don’t waste your time and order this vest before it gets out of stock.

This stylish embroidered vest is made up of high-quality wool material with a soft viscose lining which protects you from the cold winds. It has a round neck collar. Moreover, it is stylishly designed with a front open closure. It is sleeveless and is available in orange color.