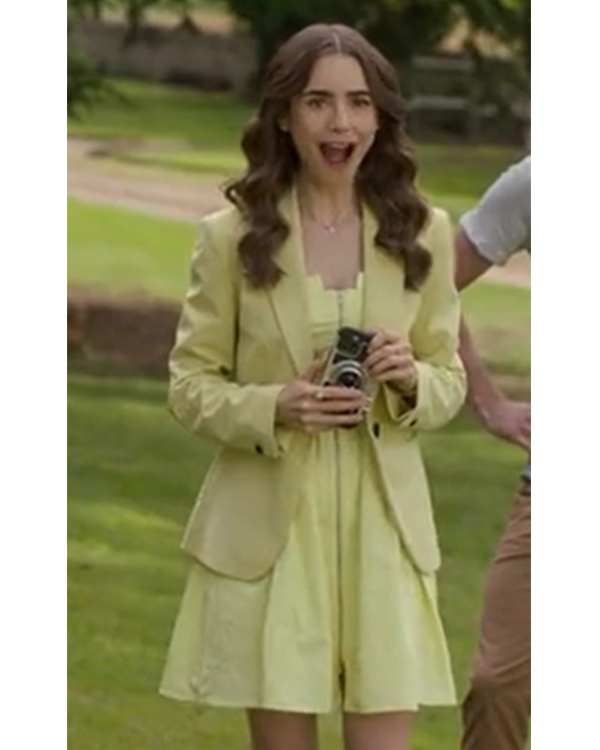 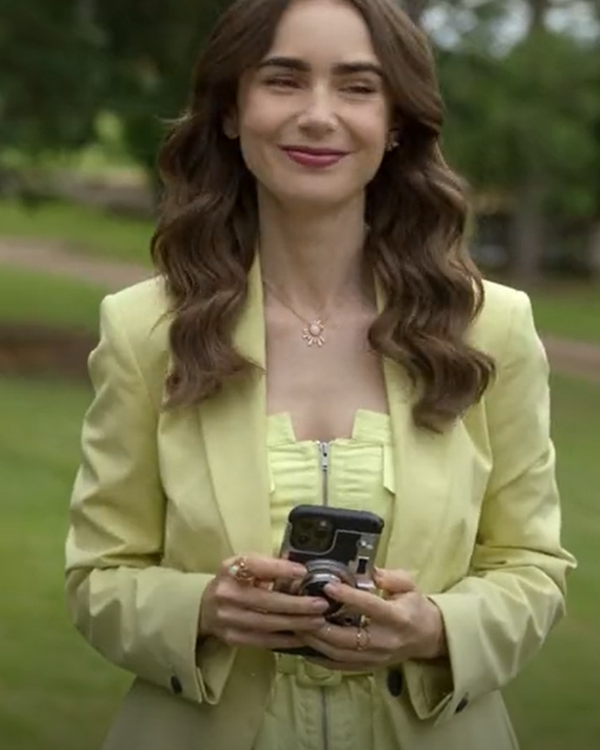 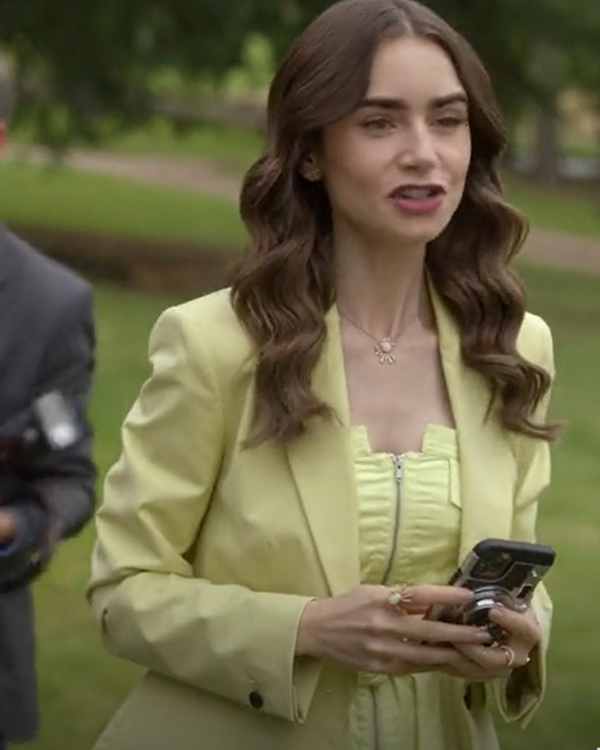 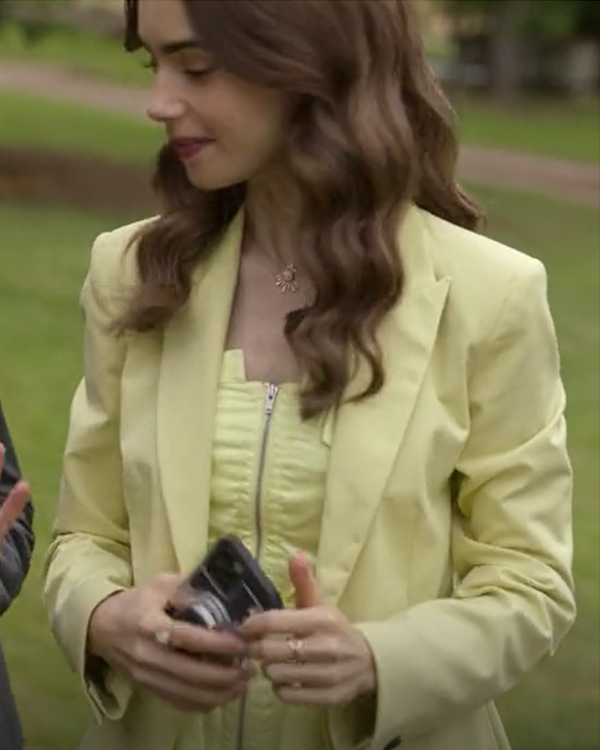 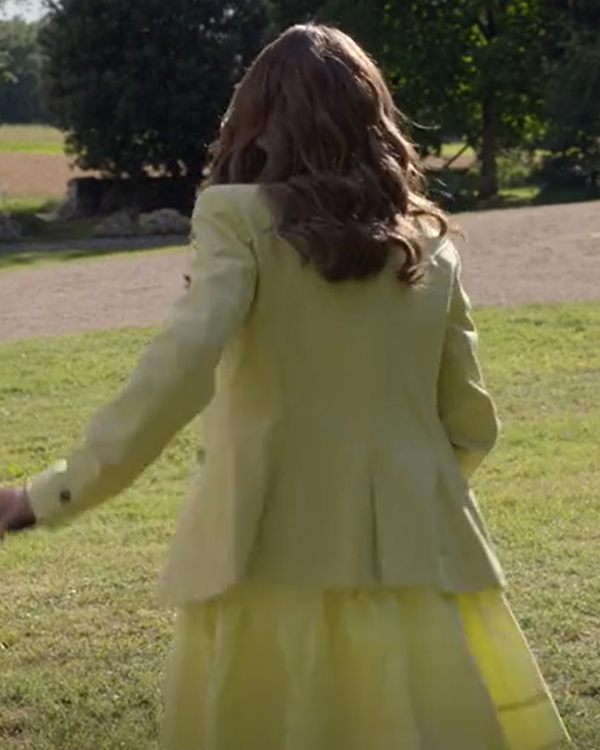 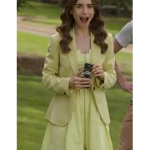 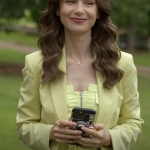 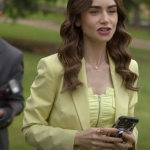 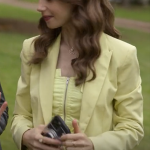 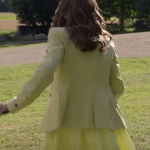 Emily in Paris is a comedy drama streaming TV series that is directed by Darren Starr for Netflix. The cast of the series stars Lily Collins, Ashley Park and Philippine Leroy Beaulieu. The focus of the show is on Emily Cooper, a 20-something year old American woman, who moves to Paris from Chicago for a job opportunity, and struggles with cultural clashes whilst trying to maintain her work life with love life. The series premiered on 2nd October, 2020 and the latest second season premiered on 22nd December, 2021.

The character of Emily Cooper is played by Lily Collins in the series, and no one could’ve done it any better. She is looking gorgeous wearing this yellow blazer in the second season, doesn’t she? Emily In Paris Season 2 Emily Cooper Yellow Blazer is fabricated from wool blend fabric with soft viscose fabric lining on the inside. It features a peak lapel style collar, front buttoned closure, long sleeves with open hem cuffs and two patch pockets on the waist.