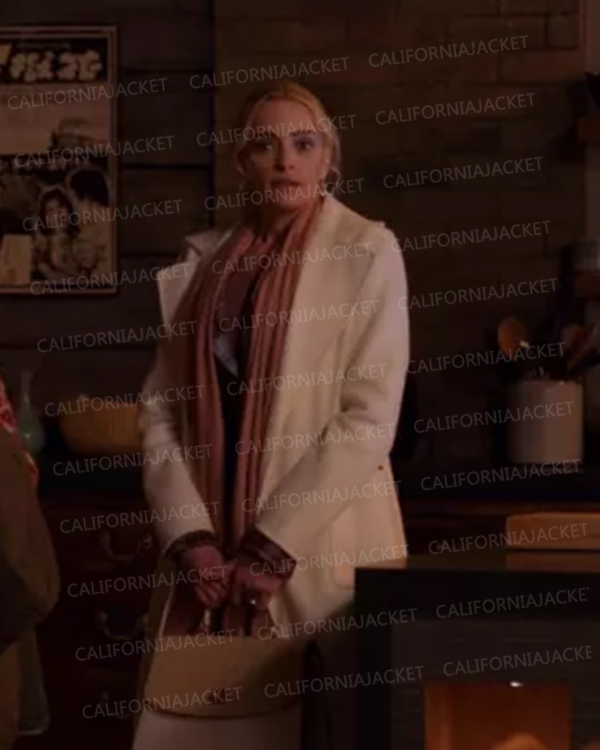 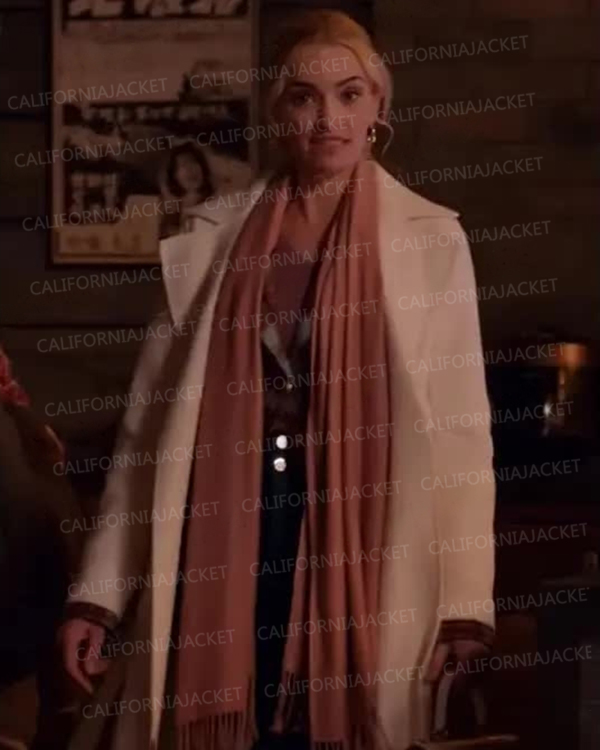 When it comes to drama, what can be better than a drama between a teenage daughter and her mother. Ginny & Georgia is an American drama and comedy show that follows the story of a fifteen year old teenager who often feels more mature than her mother. This dynamic and irresistible mother-daughter duo is surely not something you want to miss. The show already has 2 released seasons and has been renewed for a third. If you haven’t watched the show, you’re missing out on a lot. We recommend you to watch it now.

The lead role of Georgia Miller has been portrayed by Brianne Howey in the show and she has undoubtedly done an outstanding job. She has not only performed amazingly but has also managed to look gorgeous throughout the show. She has looked gorgeous in Ginny & Georgia S02 Brianne Howey White Trench Coat. The coat is fabricated with a premium wool blend fabric and comprises a soft inner viscose layer. It has a peak lapel collar, a front buttoned closure, and has long sleeves with open hem cuffs. It comes in white color and comprises two front waist pockets along with two inner pockets.