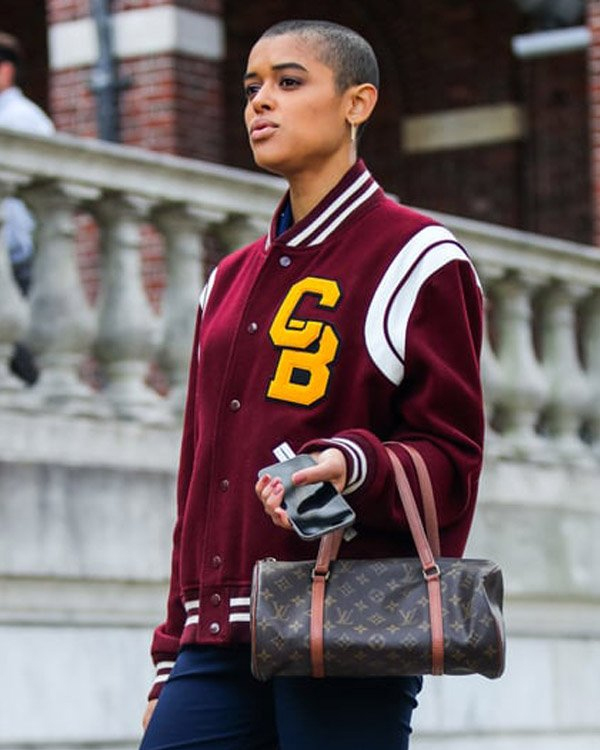 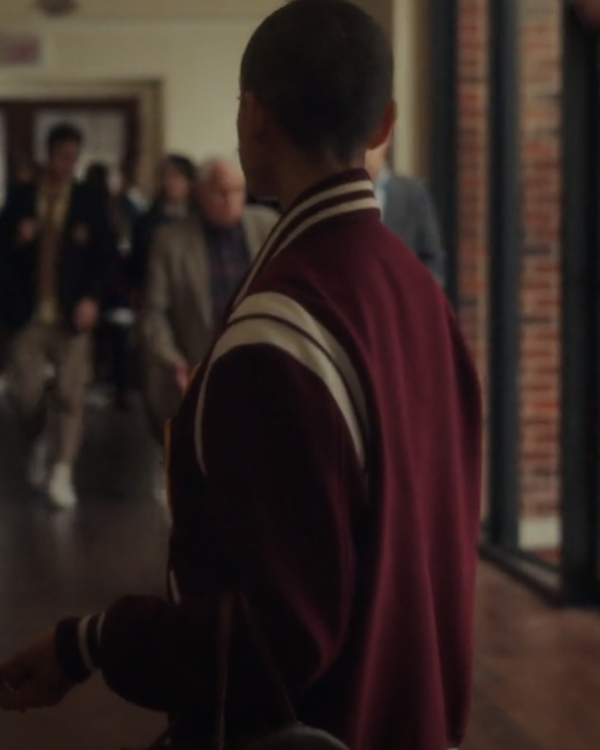 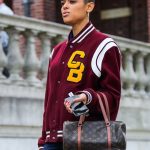 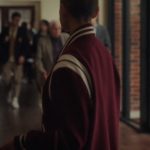 Gossip Girl is an American teen and drama TV series created by Joshua Safran. The show was released on the 8th of July, 2021 and is adapted from the young adult novel series called Gossip Girl by Cecily von Ziegesar. The show currently has only 1 released season and has been renewed for another one. it stars Jordan Alexander, Whitney Peak, Tavi Gevinson, and other such amazing stars. The show has received a positive response from the audience and the critics.

The lead role of Julien Calloway is brilliantly played by Jordan Alexander. She has been loved by the audience for her amazing performance and ravishing costumes on-screen. Many of her attires were loved and demanded by the audience including Gossip Girl Jordan Alexander Varsity Jacket. The jacket is made up of fleece and has a soft inner viscose lining. It has a rib-knitted collar, a front buttoned closure, and long sleeves with rib-knitted cuffs. It comes in maroon color and consists of two front and two inner pockets.