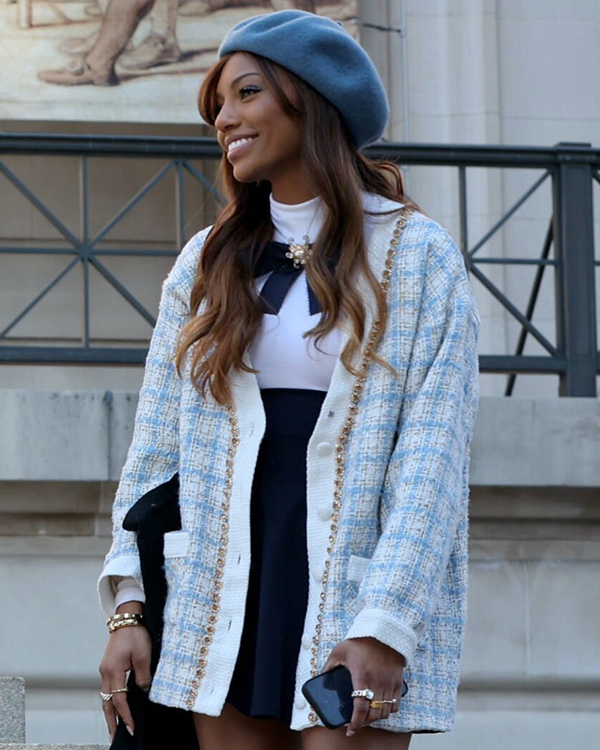 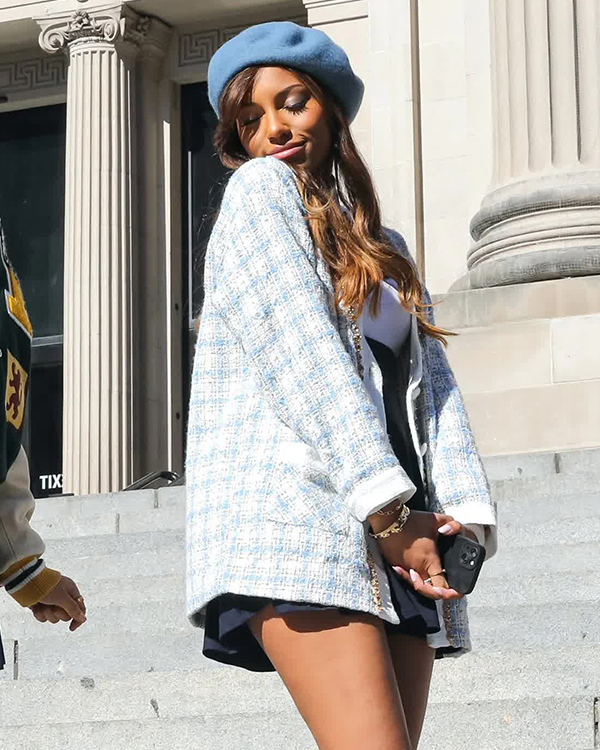 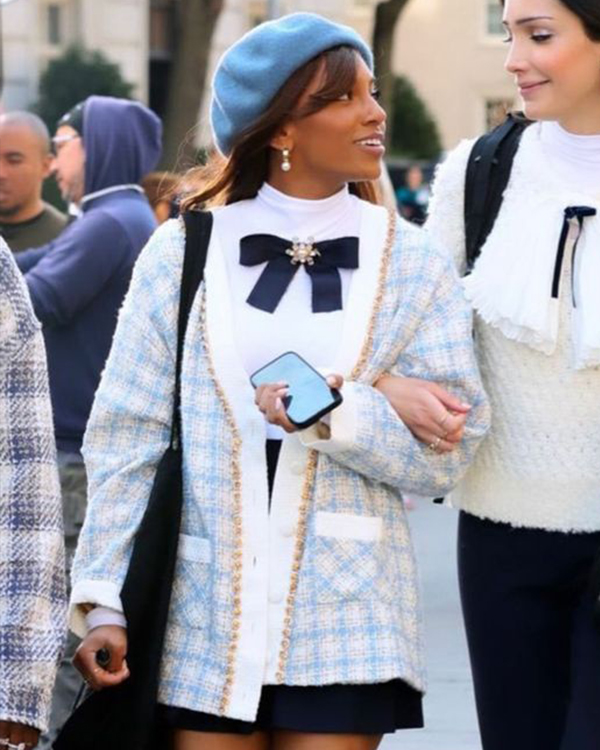 The American drama series Gossip Girls were loved by the fans back in the day. another adaptation of the show featuring the new generation of New York City private school teens is shown in the new adaptation. It shows how social media has affected their lives and how they’ve kind of become a slave to it. The show already has 2 released seasons and let’s be real, they’re great. If you haven’t watched the show, we highly recommend you to get a jumpstart now!

Savannah Lee Smith has played the role of Monet de Haan in the show and if we’re being honest – she has nailed her performance as well as her looks on-screen. She has managed to look gorgeous on-screen and slayed all her attires, especially Gossip Girl S02 Savannah Lee Smith Blue Plaid Jacket. The jacket is fabricated with a high-quality wool blend fabric and has a soft inner viscose lining. It is collarless, has an open style, and has long sleeves with open hem cuffs. It comes in a blue and white color and a plaid style just like she wore and comprises two front pockets along with two inner pockets.