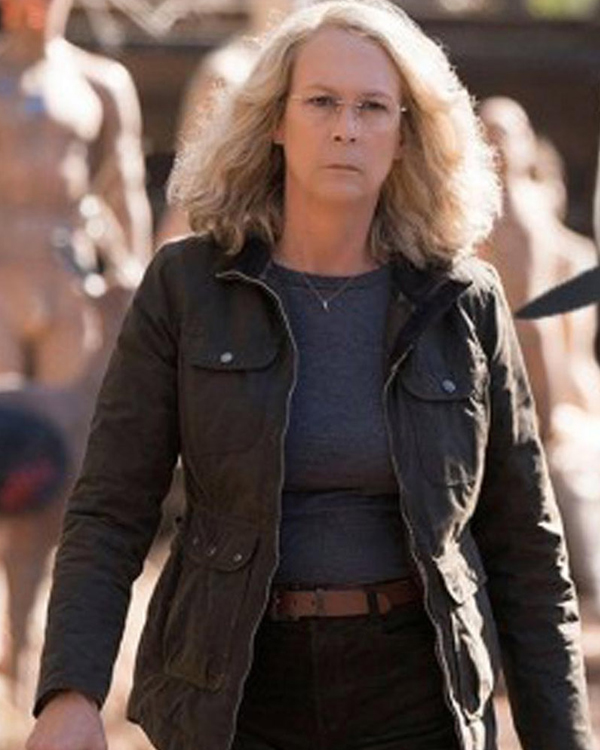 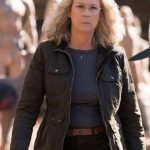 After Laurie Strode, her daughter, and granddaughter survive an attack from killer Michael Myers; they thought they killed him. However, when the masked man returns, the Haddonfield community is pushed to the limits and tries to take matters into their own hands. Oozing with atmosphere and suspense, director David Gordon Green follows Halloween (2018), giving us another well-deserved horror follow-up to the 1978 original. The film is the sequel to Halloween from 2018 and the twelfth part of the Halloween franchise. The film stars Jamie Lee Curtis, Judy Greer, Andi Matichak, Anthony Michael Hall, Kyle Richards, Robert Longstreet, and many more. In the story, Laurie Strode and her family must plan to ban Michael Myers once and for all. Jamie Curtis, an American actor, portrays the character of Laurie Strode spotted wearing Halloween Kills Laurie Strode Jacket, which looks dapper on him. So boys, what are you waiting for? Order this jacket before it gets out of stock.

This jacket is made of high-quality cotton material with a soft viscose lining to protect you from nippy winds. It has a stylish stand-up collar. Moreover, it is stylishly designed with zipper closure. It has full sleeves with open hem cuffs. It has four flap chest and waist pockets outside, and two pockets inside to keep your valuables safe.