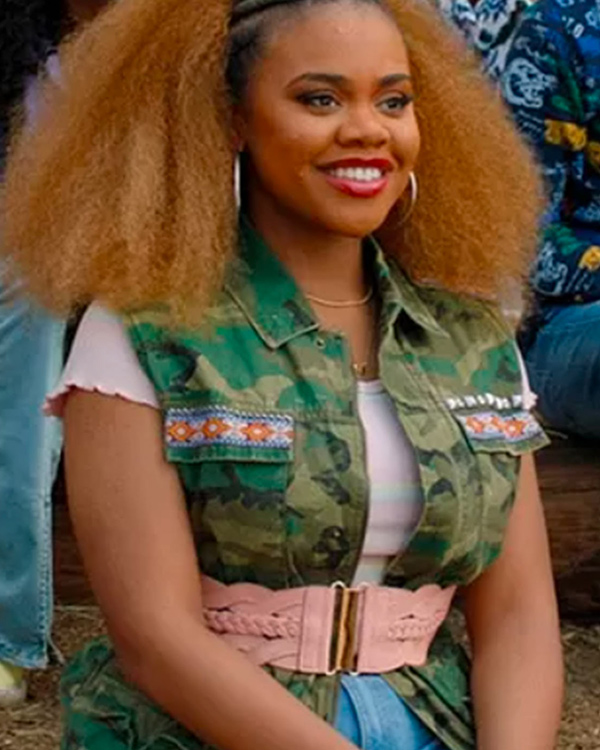 High School Musical: The Musical is an American comedy, drama, and musical TV show created by Tim Federie. The show is inspired by the famous film franchise called High School Musical. It was released on the 8th of November 2019 by Disney+ and currently has 3 successfully released seasons. The show stars Olivia Rodrigo, Matt Cornett, Joshua Bassett, and other such amazingly talented stars. The TV show has yet received a generally great review from the audience and the critics.

The role of Kourtney has been amazingly portrayed by Dara Renee in the show. Her character, performance, and costumes on-screen are highlighted and adored by the audience. Many of her attires are already trending all over the internet. High School Musical The Musical The Series S03 Dara Reneé Vest has received the demand from the audience. The vest is made up of high-quality cotton material and has a soft inner viscose lining. It has a shirt style collar, a front buttoned fastening, and is sleeveless. It comes in camouflage print and comprises two front pockets and two inner pockets.