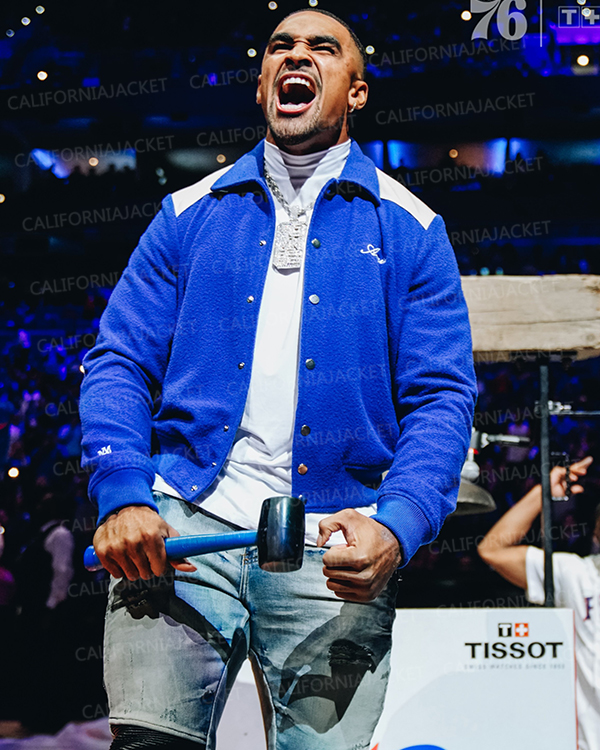 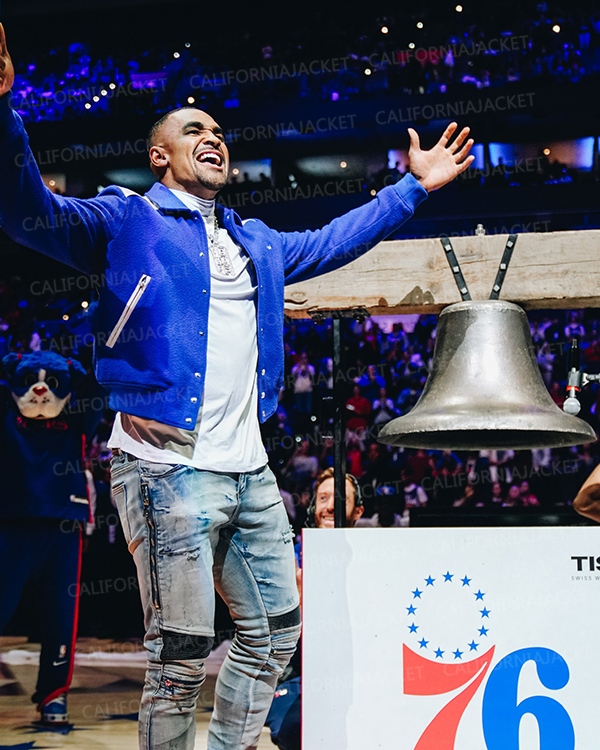 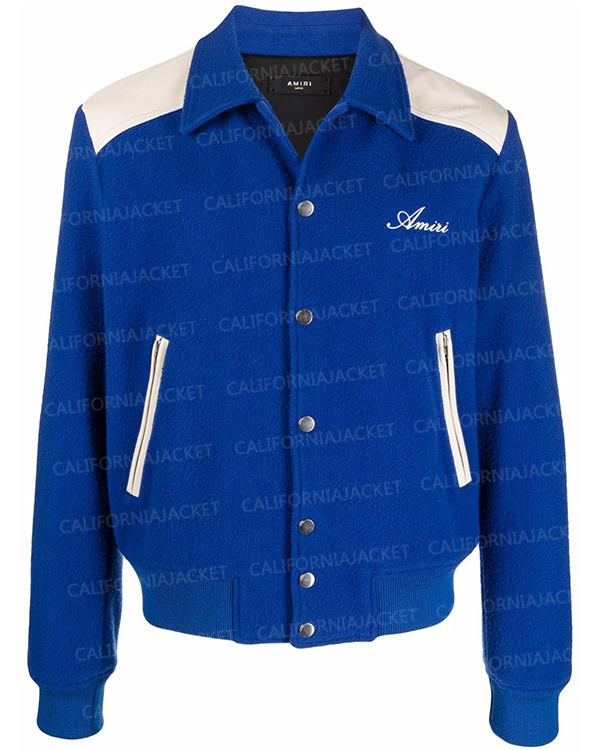 Jalen Hurts is an American football player who is presently the quarterback for the Philadelphia Eagles of the National Football League (NFL). He played college football at the University of Alabama and Oklahoma University. Jalen was a two-year starter for the Crimson Tide, leading the team to the national championship game in 2016 and 2017 and winning the SEC Offensive Player of the Year in 2016. He was sent to Oklahoma for his final college season in 2019, where he achieved the Walter Camp Award and was a finalist for the Heisman Trophy. The Eagles drafted him in the second round of the 2020 NFL Draft. During his rookie season, he mainly played as a backup quarterback, but he started in some games showing his versatility and potential. In the 2021 season, he became the starting quarterback and led the Eagles to the playoffs. Jalen looks fabulous in this Jalen Hurts Amiri Blue Varsity Jacket. Hey, guys! You too can have the same jacket for yourself. So, do not wait; place your order before it gets out of stock.

This stylish men’s varsity jacket is made from high-quality fleece material with a soft viscose fabric lining inside. It is superbly designed with a shirt-style collar, long sleeves with rib knitted cuffs, two slant waist pockets outside, two pockets inside, and a front opening with a buttoned closure, along with the rib knitted waistline. This men’s beautiful fleece varsity jacket is available in blue color with “Amiri” printed on the left side of the chest.