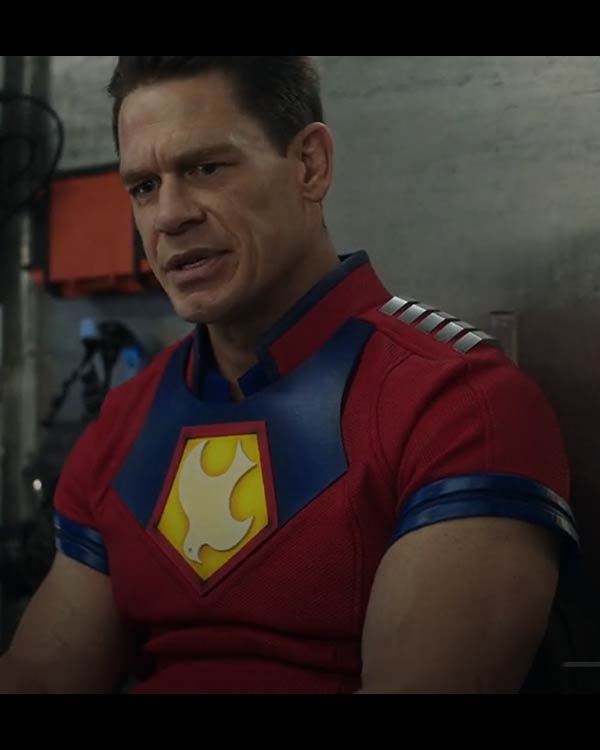 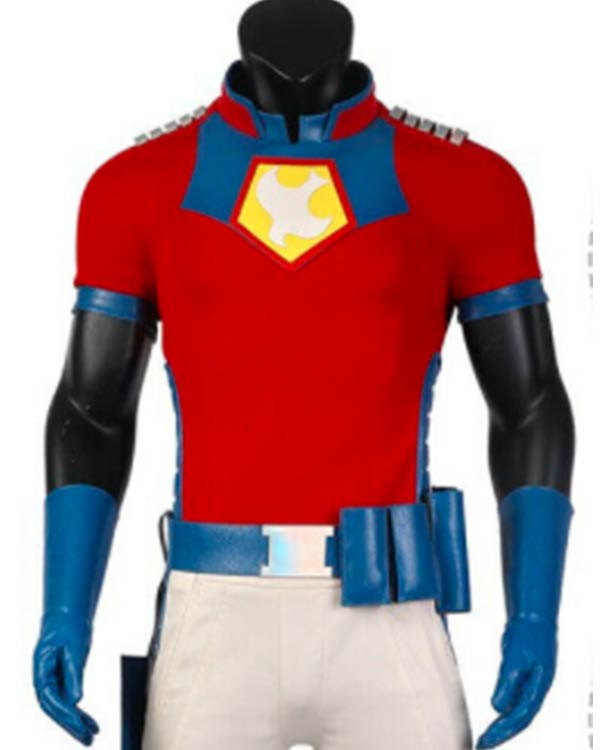 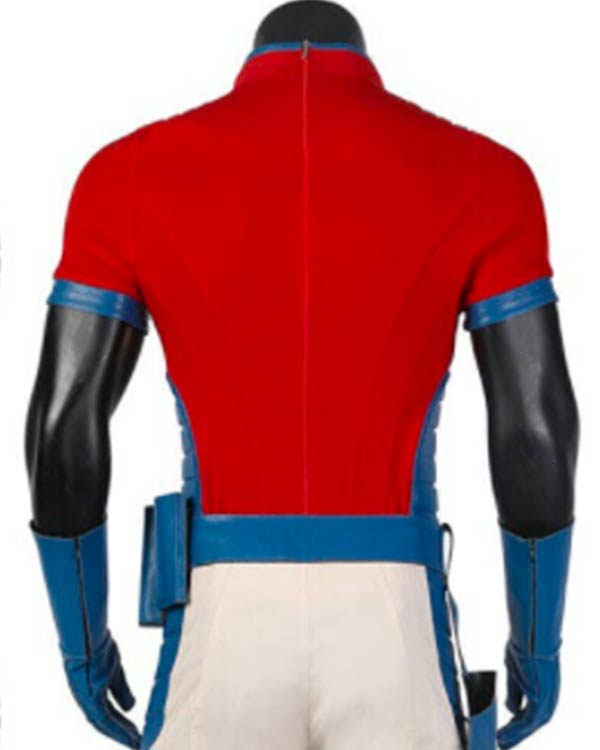 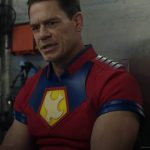 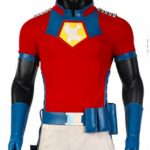 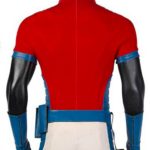 Peacemaker is an action adventure comedy TV series that is created and written by James Gunn, and is based on the DC Comics character, Peacemaker. The show is a spin-off from The Suicide Squad (2021). The cast of the series stars John Cena, Freddie Stroma and Danielle Brooks. The plot of the show is set after the events that took place in the movie, and focuses on Peacemaker joining forces with A.R.G.U.S. black ops squad, for a mission to finish parasitic butterfly like creatures around the world. The series premiered on HBO Max on 13th January, 2022.

The character of Peacemaker is played by John Cena in the series. This John Cena Peacemaker Costume Jacket is exactly what every follower of the series needs to own. This jacket is constructed from cotton polyester fabric and is paired up with viscose lining on the inner side. The standing style collar comes down to a front pull-over closure, with short sleeves and ribbed cuffs. The Peacemaker logo on the chest in yellow looks great!