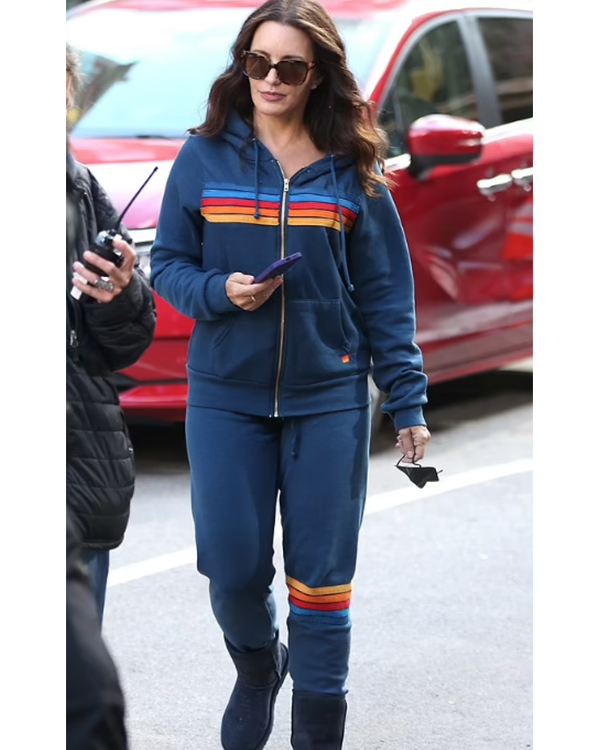 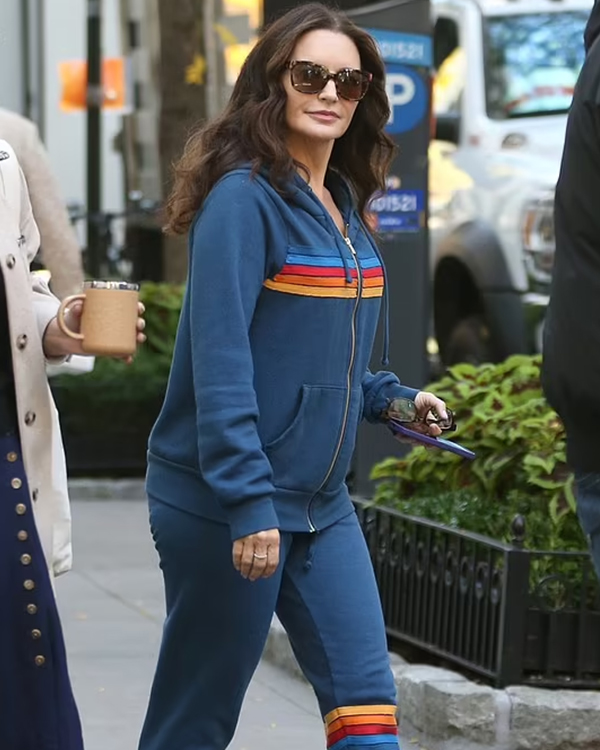 Kristin Davis And Just Like That Blue Track Suit

And Just Like That is a comedy-drama streaming television series that premiered on 9th December 2021 on HBO Max, and the season finale was released on 3rd February 2022. The show was originally created as a miniseries and was later renewed for a second season in March 2022. The comedy series was developed for HBO Max as a revival and a sequel to the long-running HBO television series “Sex in the City” Created by Darren Star, which is based on Candace Bushnell’s newspaper column and 1996 book anthology of the same name. The story is set eleven years after the events of the 2010 film Sex and the City 2. It navigates through the more complicated reality of the life of these women from their 30s to 50s. Kristin Davis is portrayed as Charlotte York Goldenblatt and looks gorgeous in this Kristin Davis And Just Like That Track Suit. Come on, ladies! Grab the same tracksuit for yourself that Kristen wore in the series. So, don’t wait; place your order before it gets out of stock.

This trendy women’s track jacket is made with superior-quality cotton polyester material. It is superbly designed with a stand-up style collar, long sleeves with rib-knitted cuffs, split kangaroo waist pockets in front, a front opening with a zippered closure, and with rib knitted waistline. This awesome track jacket accompanies a pair of trousers produced with the same material having long trouser sleeves with open hem leg cuffs, two waist pockets at the front, one pocket at the back, and an elastic waistband with drawstrings. This women’s stylish tracksuit is available in blue color with horizontal multicolored stripes on the chest and trouser sleeves.