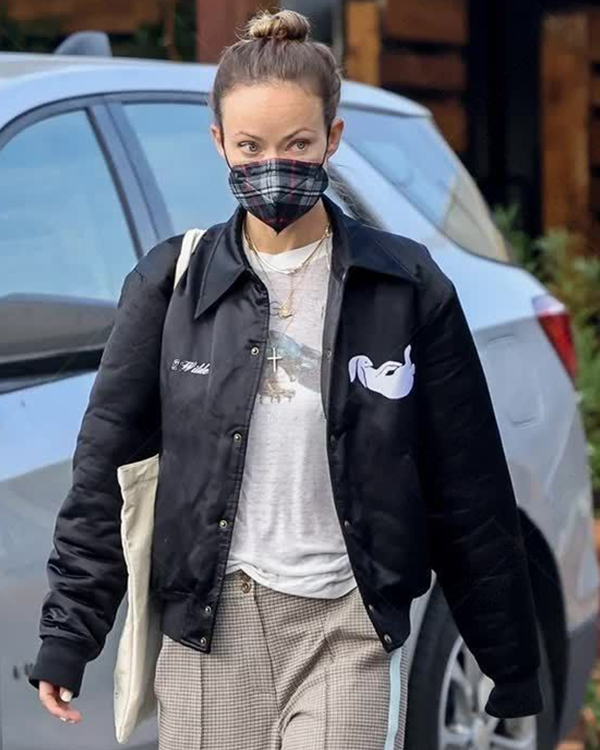 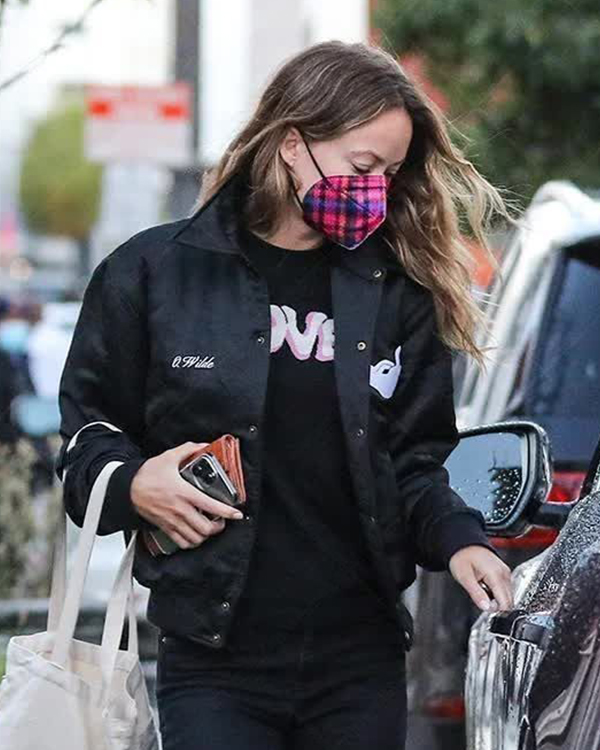 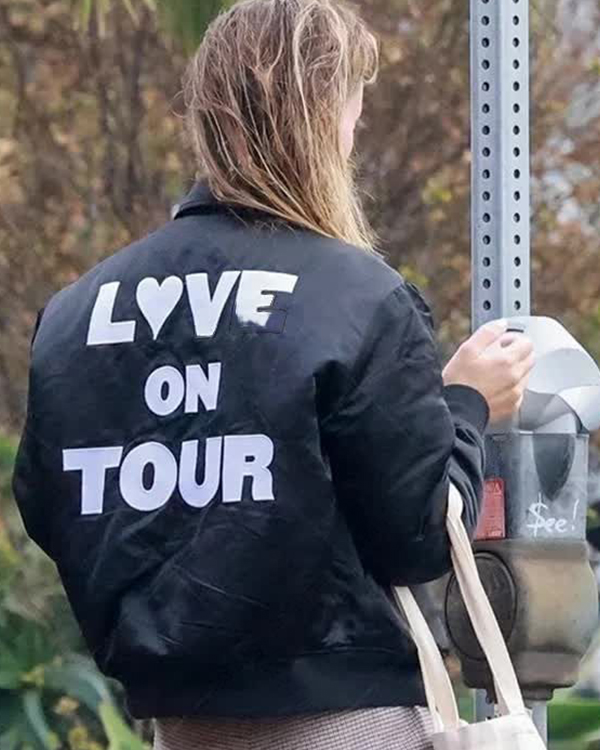 Olivia Wilde, born on 10th March 1984, as Olivia Jane Cockburn, is an American actress and filmmaker. she is well known for her character Remy “Thirteen” Hadley on the medical drama television series House (2007-2012) and appeared in movies like Tron Legacy in 2010, Cowboys and Aliens in 2011, the Incredibles Burt Wonderstone and the Lazarus Effect in 2015. She made her Broadway debut in 2017, playing “Julia in 1984”. In 2019 directed her first film, the teen comedy Booksmart for which Olivia won the Independent Spirit Award for Best First Feature, and Don’t Worry Darling is her second feature, released in 2022. She went on Love on Tour with Harry Styles and was seen wearing this Love On Tour Olivia Wilde Bomber Jacket, which looks fabulous. Hurry up, ladies! Get the same jacket for yourself that Olivia wore on tour. All you need to do is; place your order before the stock ends.

This stylish women’s jacket is made from high-quality polyester material with a soft viscose fabric lining inside. It is superbly designed with a shirt-style collar, long sleeves with rib knitted cuffs, two waist pockets outside, two pockets inside, a front opening with a buttoned closure, and the rib knitted waistline. This women’s beautiful bomber jacket is available in black color with logos printed on the chest and “Love On Tour ” written at the back.