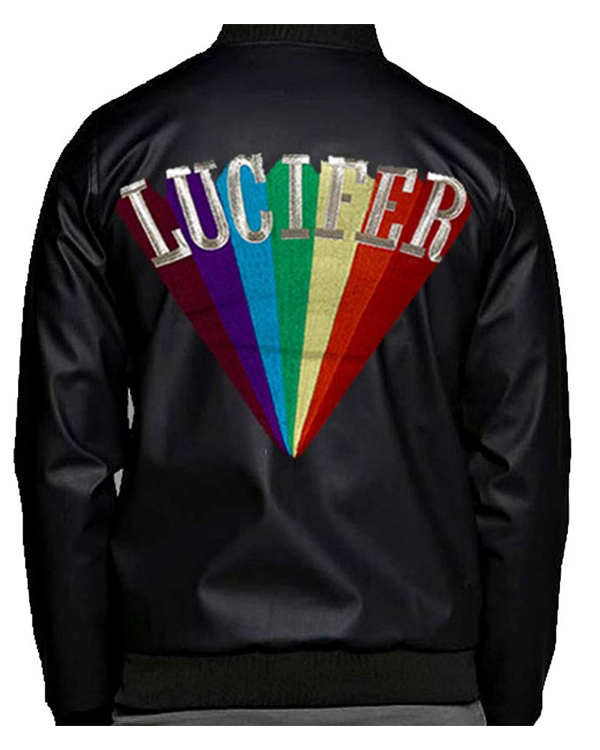 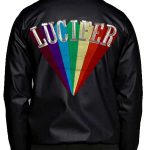 Lucifer is an American urban, fantast, superhero, and police procedural drama created by Tom Kapinos. The show is based on a comic series called The Sandman and the character Lucifer – from the DC Comic Universe. The show is about the Devil, Lucifer who comes up from hell and starts his life in Los Angeles. The show stars Tom Ellis, Lauren German, Kevin Alejandro, and other amazing stars. The show has received a great response from the audience and the critics. It was released on the 25th of January 2016 and currently has 5 released seasons.

If you’re a fan of Lucifer just like us – this is the perfect attire for you. Grab on to this jacket and express your love and admiration to the show and the characters. Lucifer Rising Rainbow Jacket is made up of parachute material with a soft inner viscose lining. It has a rib-knit collar, a front zipper closure, and long sleeves with rib-knit cuffs. It comes in black color and has two front slant pockets.