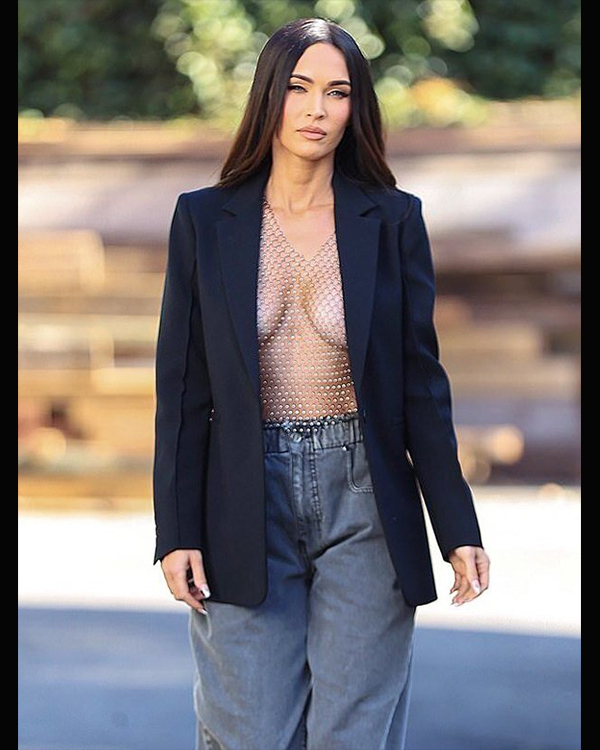 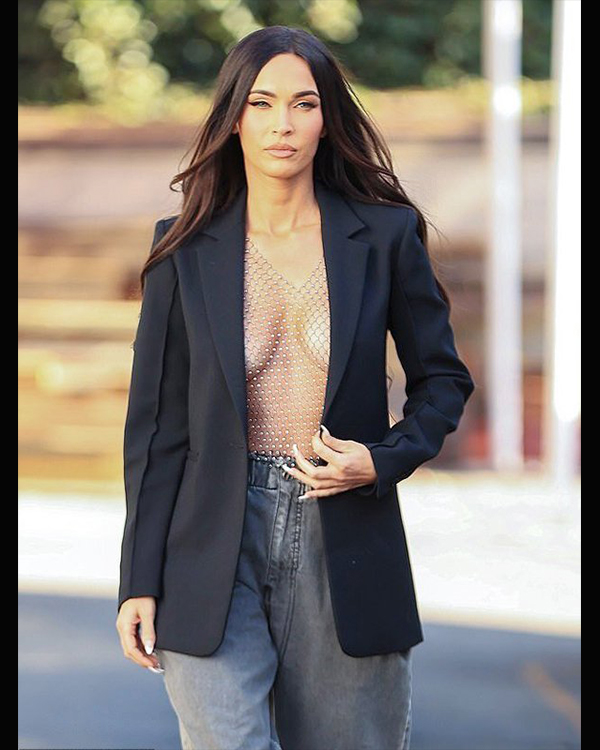 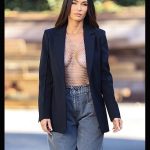 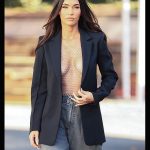 Megan Denise Fox is an American actress and model, born on 16th May 1986, in Oak Ridge, Tennessee, U.S. She is recognized for her public image and looks, with appearances in numerous magazines like Maxim, Rolling Stone, and FHM. She has received several awards, including two Scream Awards and four Teen Choice Awards. She debuted in her acting career with the family film Holiday in the Sun in 2001, followed by several supporting roles in Tv and movies. She got married to Brian Austin in 2010, having three sons with him, and get separated in 2020. Paparazzi caught her after returning from a photoshoot wearing a rhinestones mesh top under this beautiful Megan Fox Black Blazer. Come on, ladies! Grab this lovely blazer that Megan is wearing in the pictures for yourself. So what are you waiting for? Order your coat now.

This stylish women’s blazer is made from high-quality wool blend material, with a soft viscose fabric lining inside. It is superbly designed with a notched lapel collar, long slim sleeves with open hem cuffs, two welt waist pockets outside, two pockets inside, and a front opening with single-button closure. This women’s beautiful wool-blend blazer is available in black color.