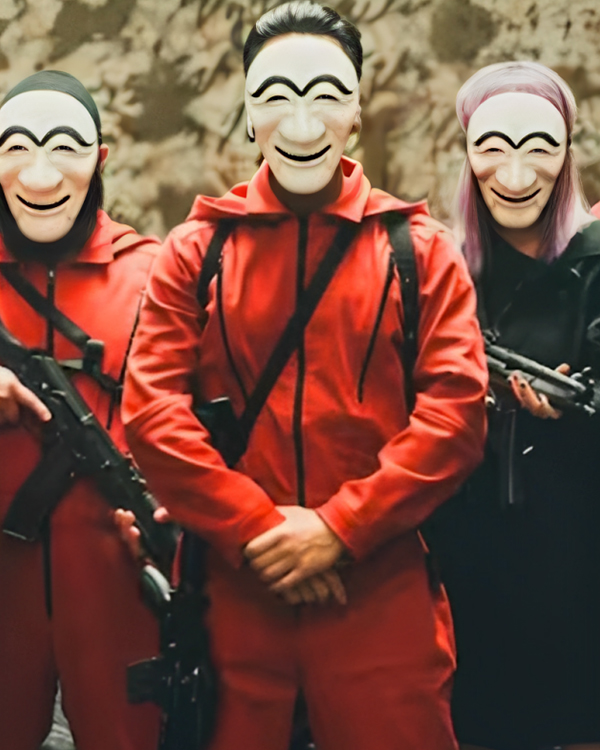 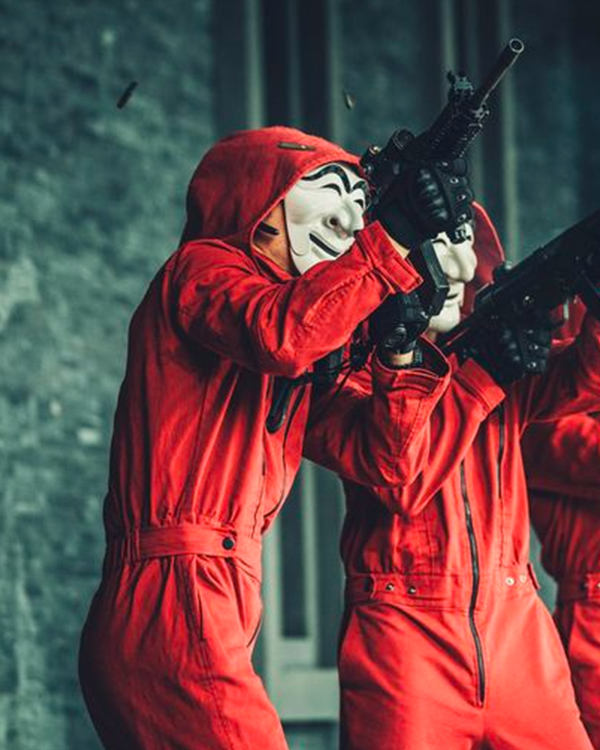 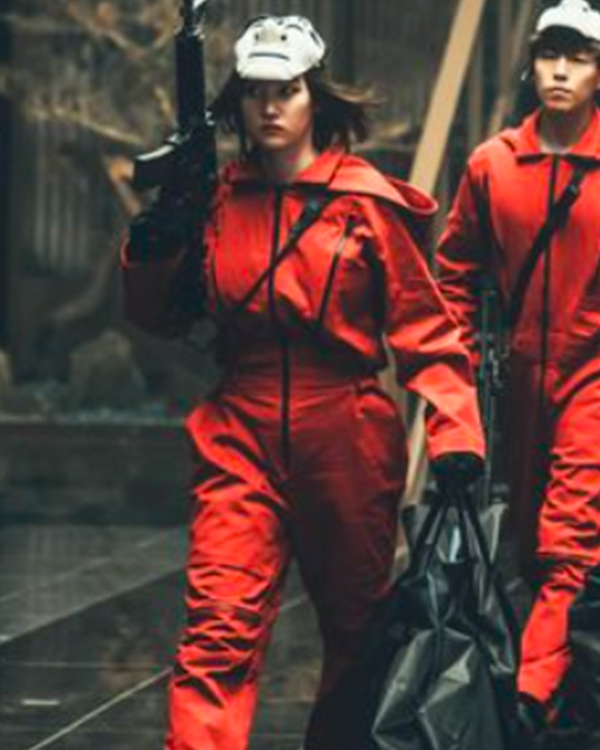 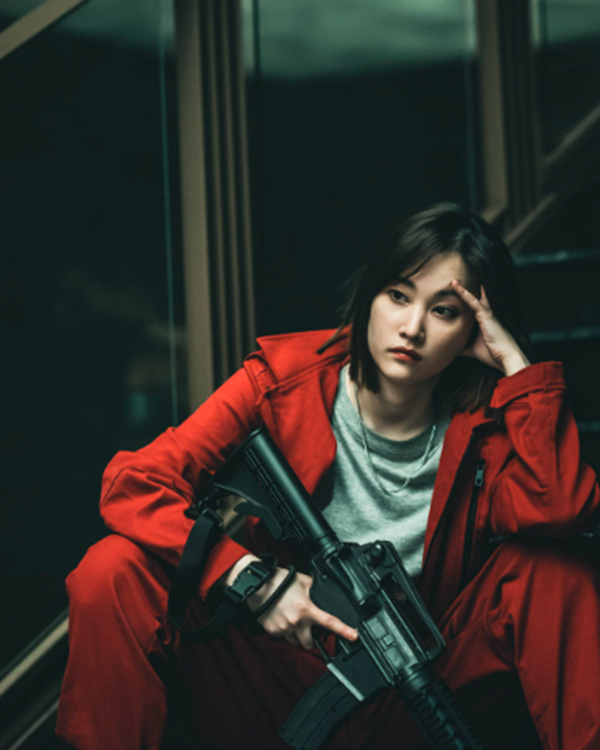 The Netflix original Money Heist: Korea- Joint Economic Area, is a South Korean television series. It premiered its first season on 24th June with six episodes on Netflix, and the second season is scheduled to be premiered on 9th December 2022. It is the second series in the Money Heist franchise and is based on the original Spanish series. This Korean series is directed by Kim Hong-Sun and written by Ryu Yong-jae. The story follows a hostage crisis situation et in a unified Korean Peninsula, involving a genius strategist and people with different personalities and abilities. The heist team is again wearing the same red jumpsuit in this series, and we at California Jacket offer this Money Heist Korea Part 2 Red Jumpsuit for all the fans out there. Hey guys! You, too, can have this jumpsuit for yourself. So, what are you waiting for? Order your jumpsuit now.

This trendy unisex jumpsuit is manufactured from high-quality cotton blend material with a soft viscose fabric lining inside. It is superbly designed with a hooded collar, long sleeves with open hem cuffs, two waist pockets outside, a front opening with a zippered closure, and an elastic waistband in the middle joining the upper and lower part of the jumpsuit with adjustment belts with buttons. This unisex hooded jumpsuit is available in red color.