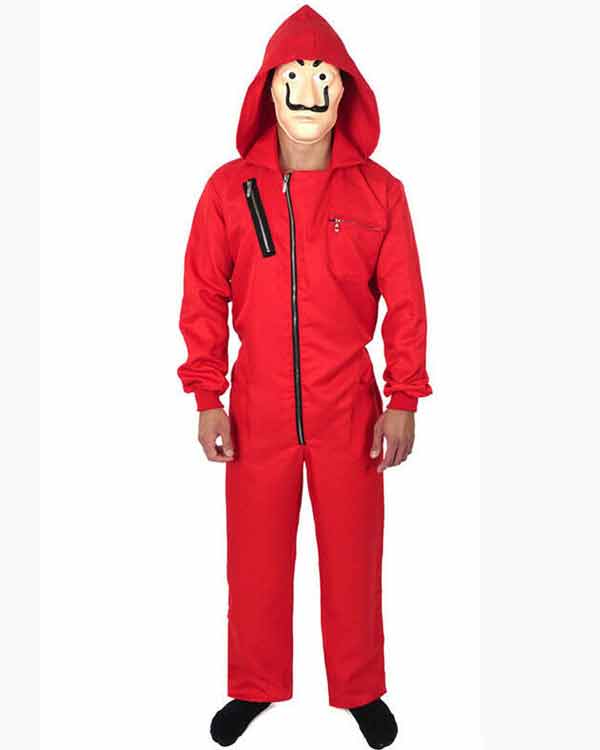 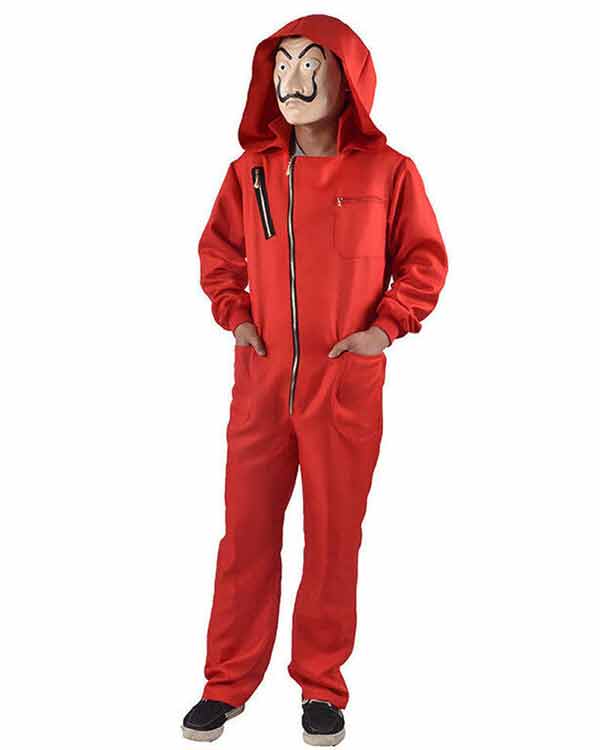 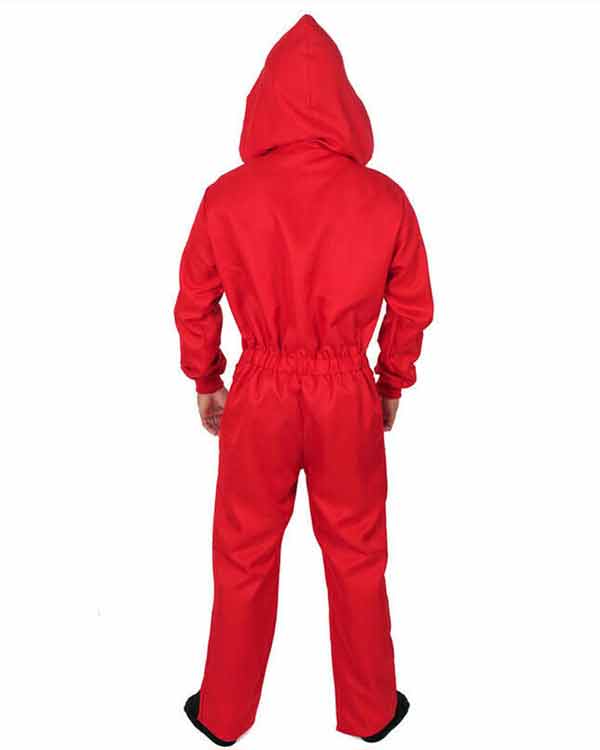 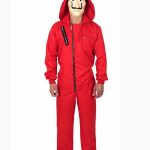 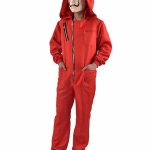 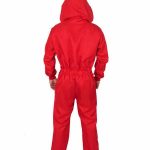 Money Heist is a Spanish heist, crime, thriller, and action drama created by Alex Pina. The show is originally known as La Casa De Papel and was originally released on the 2nd of May, 2017. The show currently has 2 seasons with 4 parts and is streaming on Netflix. The show revolves around a team of people led by a man called Professor who plans a heist to rob the Royal Mint of Spain. The show is loved by the audience and has received an amazing review from the critics and the audience. The show has been renewed for a new season that is set to release on the 3rd of September 2021.

The show stars Alvaro Morte, Itziar Ituno, Paco Tous, and many other stars. They all wore a signature costume during their heists. Money Heist La Casa De Papel Dali Costume is made up of cotton material with a soft inner layer of viscose. It has a hooded collar, a front half zipper closure, and long sleeves with rib-knit cuffs. It comes in red color with one zipper chest pocket, two side pockets, and two inner pockets.