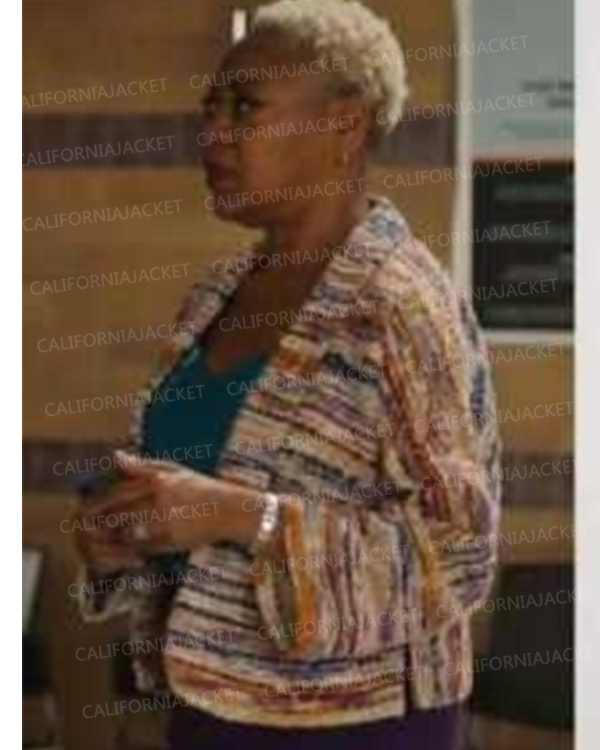 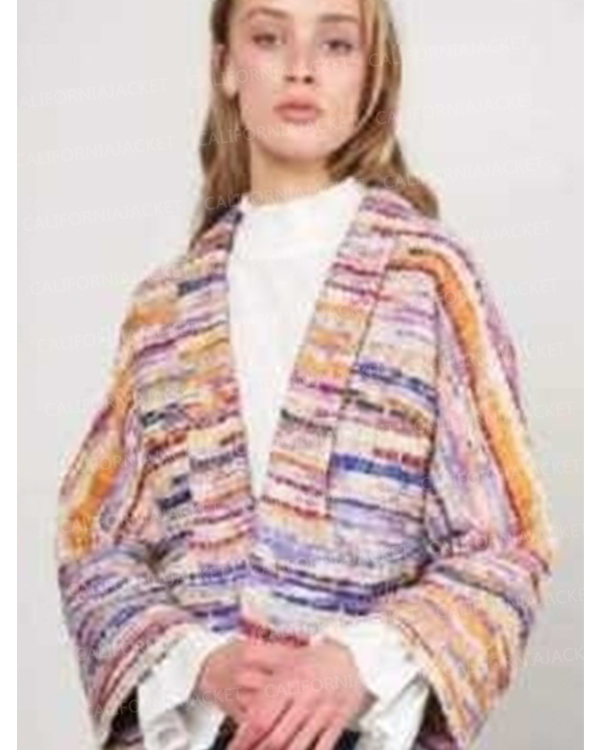 Pretty Hard Cases is an American comedy, crime, and drama show that would interest you a lot. The show follows the story of two detectives who become heroes in a particular way. They’re skilled, determined, and fight a broken system in their own unique way. The show was originally released on the 3rd of February 2021 and currently has 3 released seasons. It has received a generally position review from the audience and the critics. So, if you haven’t watched the show yet, we’d highly  recommend you to watch it now.

The role of Unit Commander Edwin has been played by Karen Robinson throughout the show and if we’re being real – she has done a pretty good job. Apart from her performance, she has slayed her attires on-screen, especially Pretty Hard Cases S03 Karen Robinson Multi Color Texured Jacket that’s made up of premium knit material and has a soft inner viscose lining. It has a V-neck collar, a front buttoned fastening, and has long sleeves with bell shaped cuffs. It is multi-color and comprises two pockets on the inside.