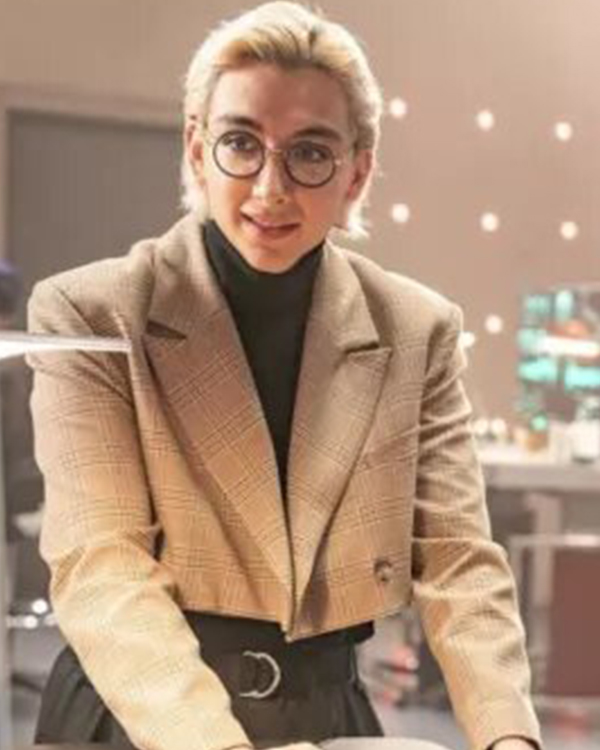 The upcoming “Quantum Leap” is a sci-fi drama mystery television series set to be premiered on 19th September 2022 on NBC. The series is a remake of a series of the same name that was created by Donald P. Bellisario and was aired for five seasons from 26th March 1989 to 5th May 1993. The series is set thirty years after Dr.Sam Beckette stepped into the Quantum Leap accelerator and vanished and follows a new team that must restart the project in the hope of discovering the mystery behind the machine and its creator. Mason Alexander Park portrays the character of Ian Wright in the series, and she looks stylish in this Quantum Leap 2022 Mason Alexander Park Cropped Blazer. Come on, ladies! You can have the same cropped blazer for yourself that Mason wore in the series. Hurry up and place your order before the stock lasts.

This stylish women’s cropped blazer is manufactured with excellent quality wool blend material, with a soft viscose fabric lining inside. It is superbly designed with a notched lapel collar, long sleeves with open hem cuffs, two pockets inside, and a front opening with a buttoned closure. This women’s beautiful cropped blazer is available in a brown color plaid pattern.