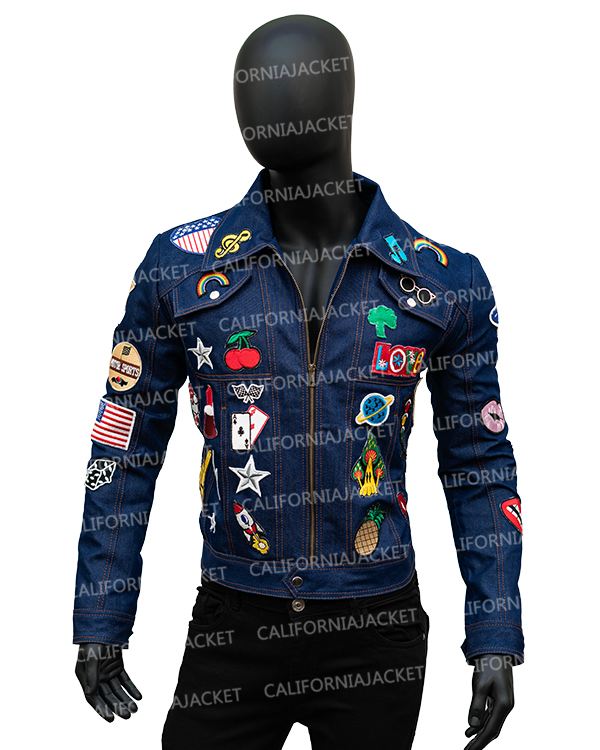 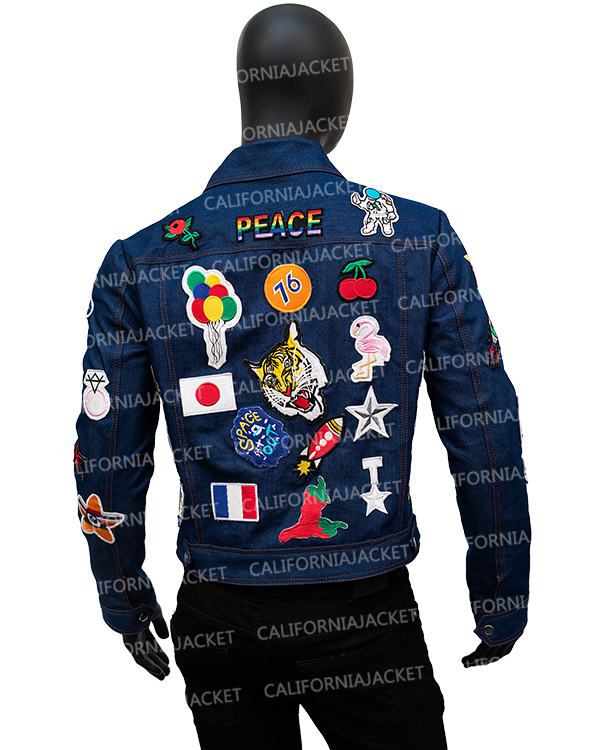 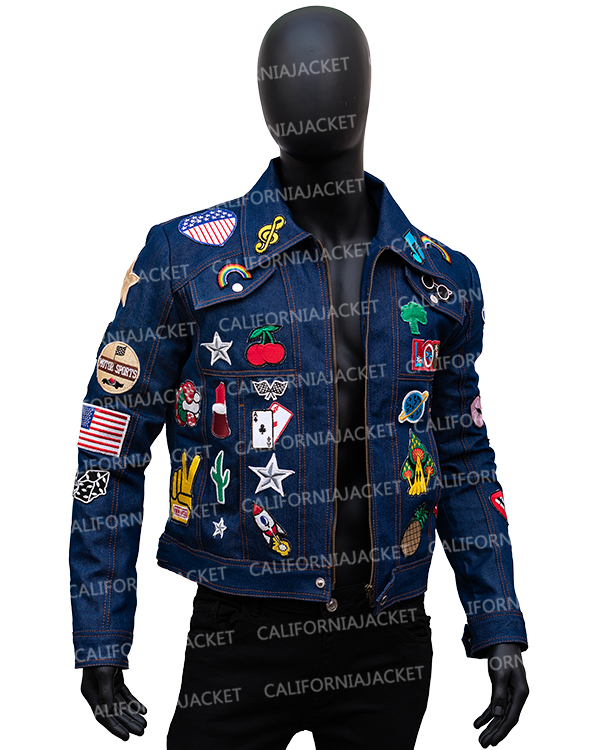 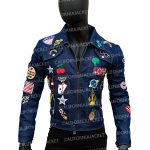 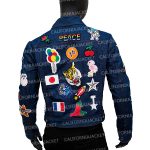 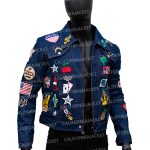 Rocketmanis a biographical musical movie that is directed by Dexter Fletcher and written by Lee Hall. The movie is based on the life of a British musician Elton John. The movie stars Taron Egerton, Richard Madden, Jamie Bell, Bryce Dallas Howard, Stephen Graham, Gemma Jones, Tate Donovan and Steven Mackintosh. The storyline of the movie revolves around Elton John’s early life in England as a starat the Royal Academy of Music with Taupin. The movie is titled after the song Rocket Man of John Elton. The movie was released on 31st May, 2019.

John Elton (Taron Egerton) is attired with Rocketman Taron Egerton Blue Denim Jacket in the movie and is looking is super casual and trendy. The jacket is made up from denim fabric and is lined with soft viscose fabric lining on the inner side. The jacket features a front zippered closure that reaches up to a turn down collar. Moreover, the jacket has long sleeves, buttoned cuffs, patches all over and two side waist pockets.