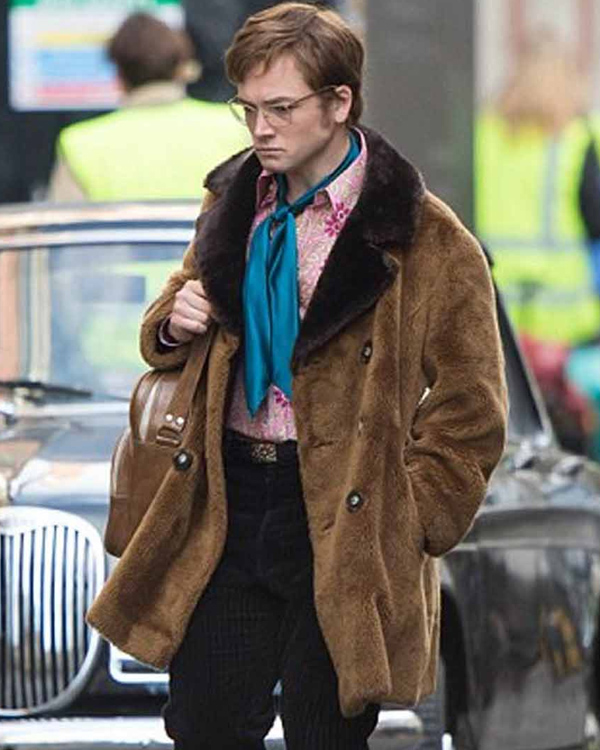 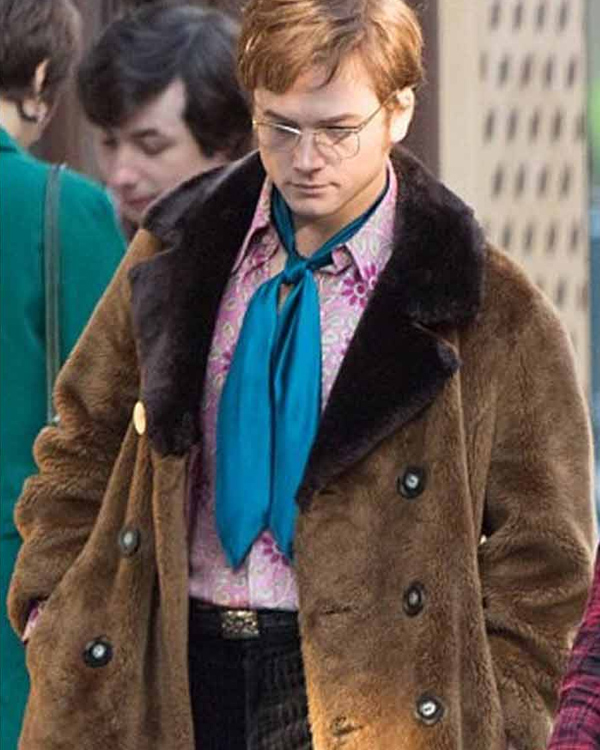 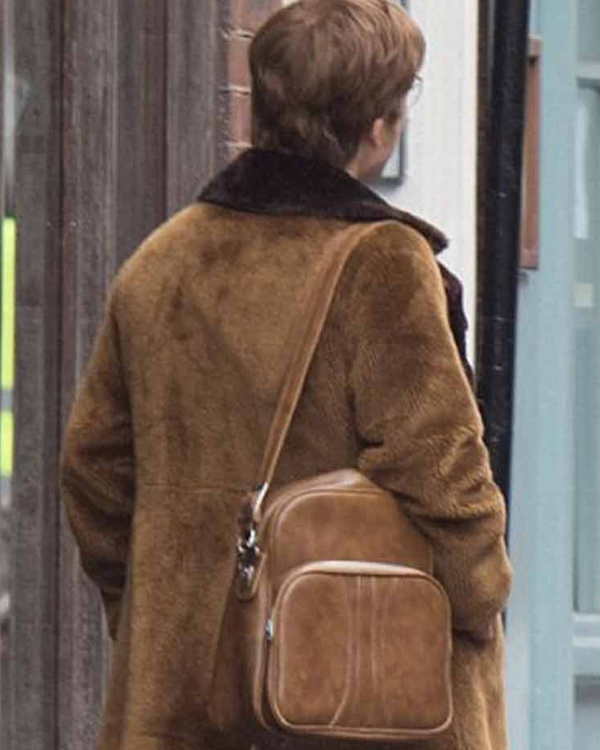 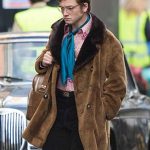 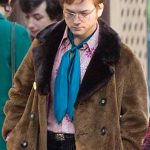 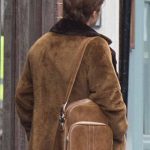 Rocketman is a biological musical movie directed by Dexter Fletcher and written by Lee Hall. The movie is based on the life of John Elliot, a British musician. The cast of the movie includes Taron Egerton, Richard Madden, Jamie Bell and Bryce Dallas Howard. The movie revolves around John living his early days in England at the Royal Academy of Music as a prodigy. Rocketman was released on 31st May, 2019.

Taron Egerton portrays the character of Elton John in the movie. He is spotted wearing this classic shearling coat in the movie, that embraces him with a graceful and elegant look. Rocketman Taron Egerton Shearling Coat is fabricated from shearling material and comes along with soft shearling lining on the inner side. It features a notched lapel shearling collar, front double breasted buttoned closure and two slant waist pockets on the inside. The brown coat is accessorized with black collars.