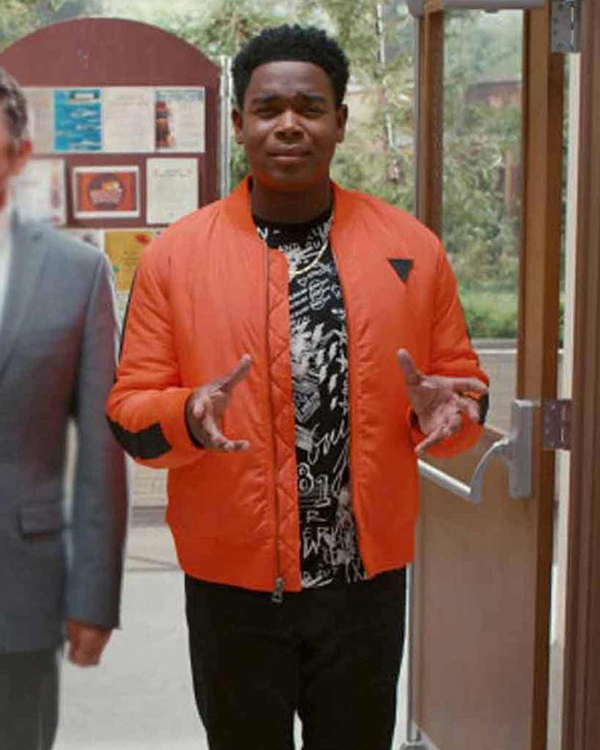 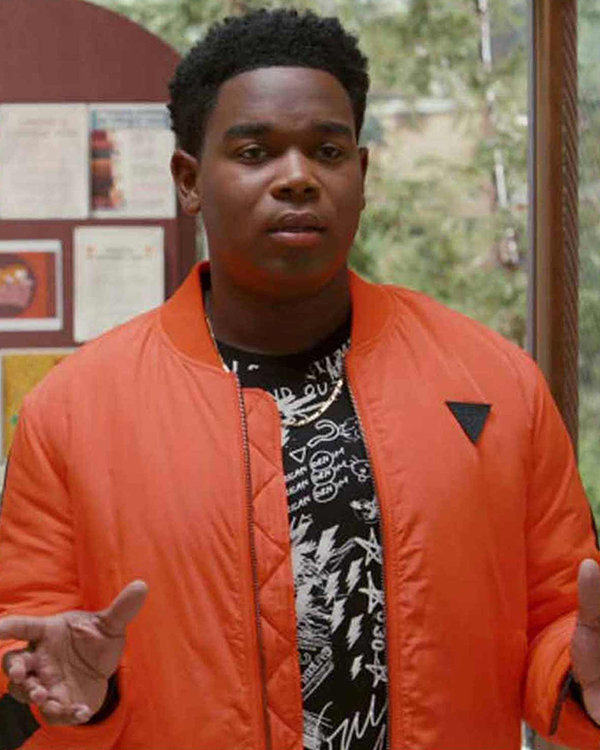 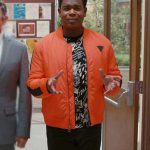 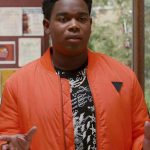 Saved by the bell is an American teen sitcom created by Sam Bobrick. The show is adapted from a 1989 TV show called Saved by the bell. The show was released on the 25th of November 2020 by Peacock and currently has 2 successfully released seasons. The cast includes Haskiri Velazquez, Josie Totah, Mitchell Hoog, and other such amazing stars. The show has yet received a great review from the audience and the critics.

Dexter Darden has been loved for his role as Devante Young and has received a ton of appreciation for his performance and costumes seen on-screen. Many of his attires has been highlighted by the audience. Saved By The Bell Dexter Darden Bomber Jacket is one of his most in-demand attires. The jacket is fabricated with satin material and has a soft inner viscose layer. It has a rib-knit collar, a front zippered, closure and long sleeves with open hem cuffs. It comes in orange color and consists of two front pockets along with two inner pockets.