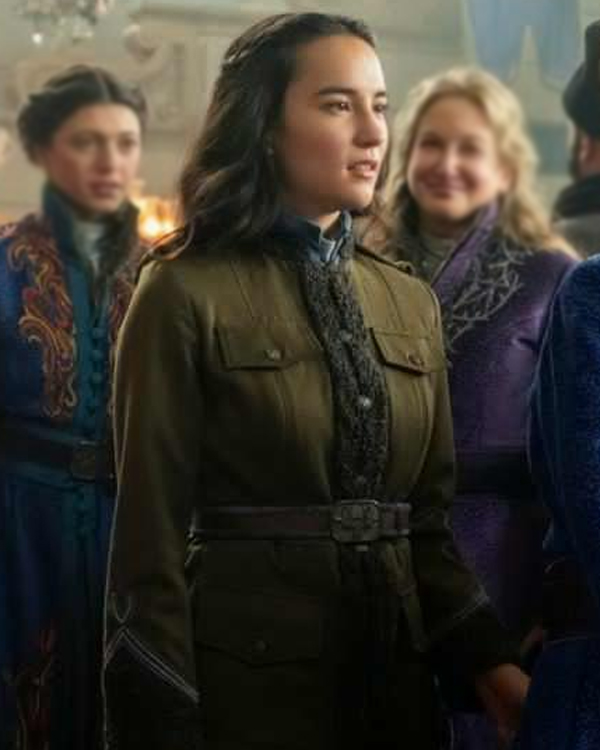 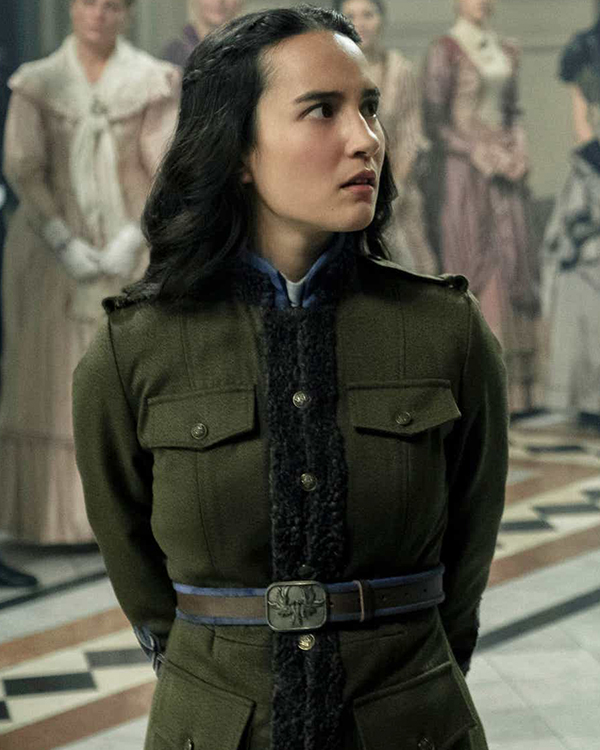 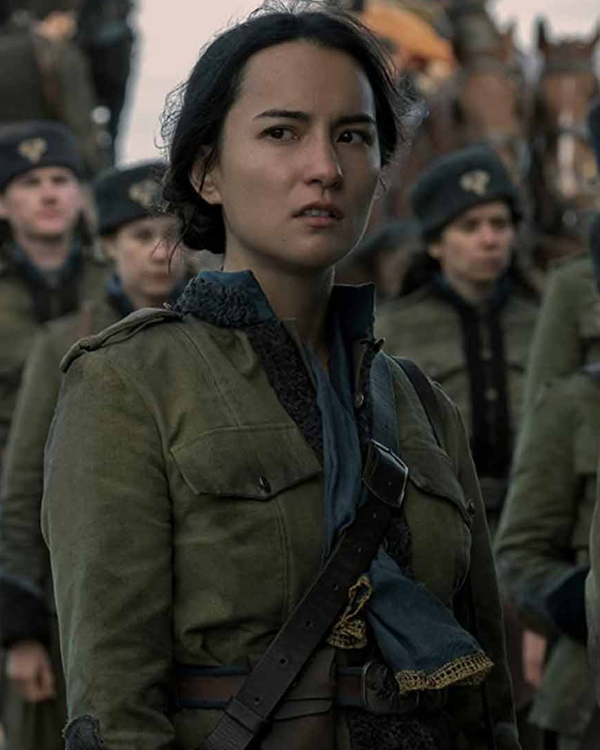 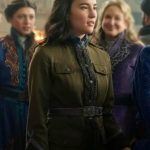 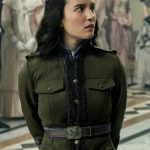 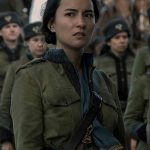 Shadow and Bone is an American fantasy, drama, and mystery TV series created by Eric Heisserer. The show is based on a novel triology called Shadow and Bone written by Leigh Bardugo. The show was released on the 23rd of April 2021 and was streamed on Netflix. The cast of the show includes Jessie Mei Li, Archie Renaux, Freddy Carter, and other such amazing stars. The show currently has only 8 episodes but has received a generally positive response from the audience and the critics.

Jessie Mei Li plays the lead role of Alina Starkov and was loved for her ravishing performance and gorgeous attires throughout the season. Shadow And Bone 2021 Jessie Mei Li Jacket was one of her attires that caught the attention of the audience. This jacket is made up of high-quality suede leather material with a soft inner viscose lining. It has a stand-up collar, a front buttoned closure with a belt and long sleeves with shearling cuffs. It consists of four front pockets and two pockets on the inside. The jacket comes in a military green color.