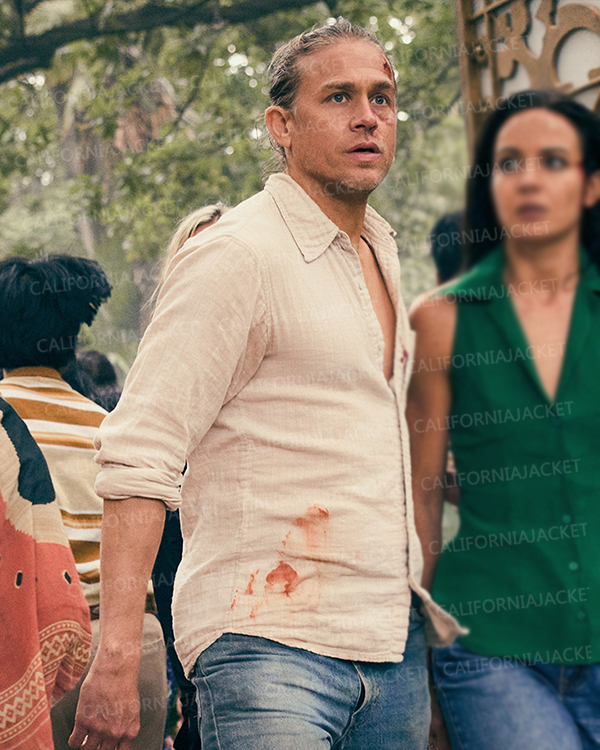 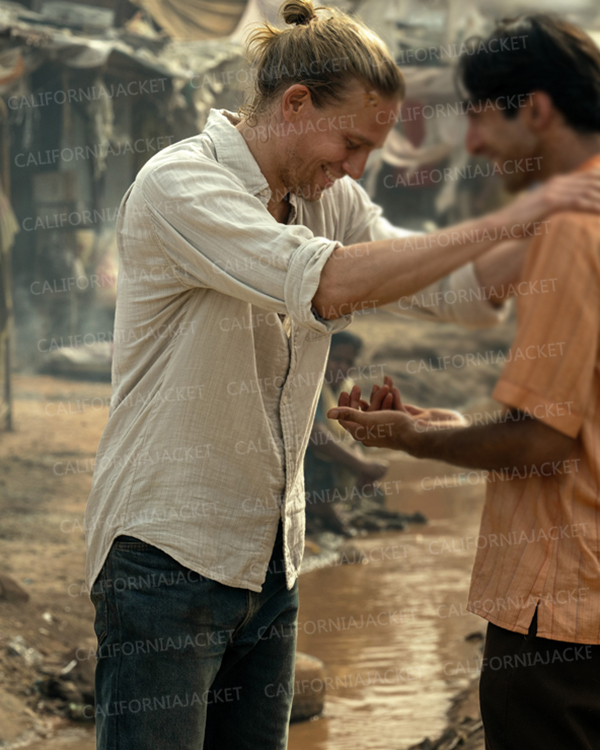 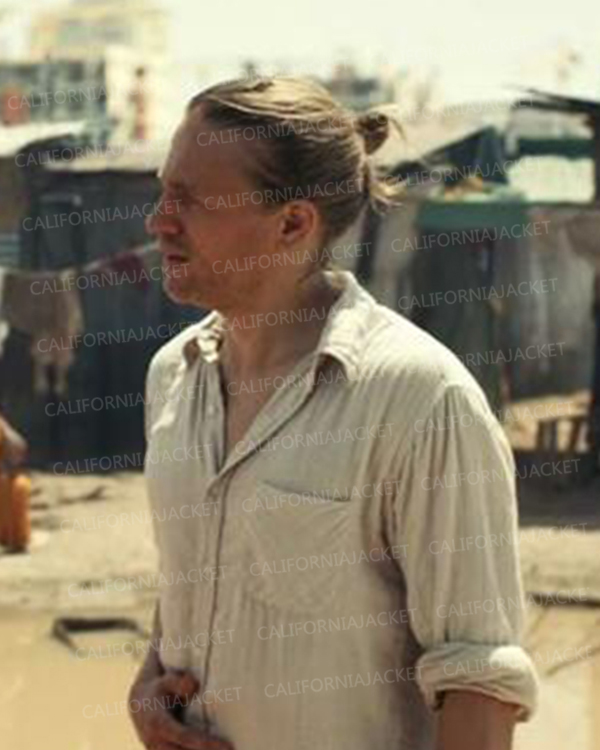 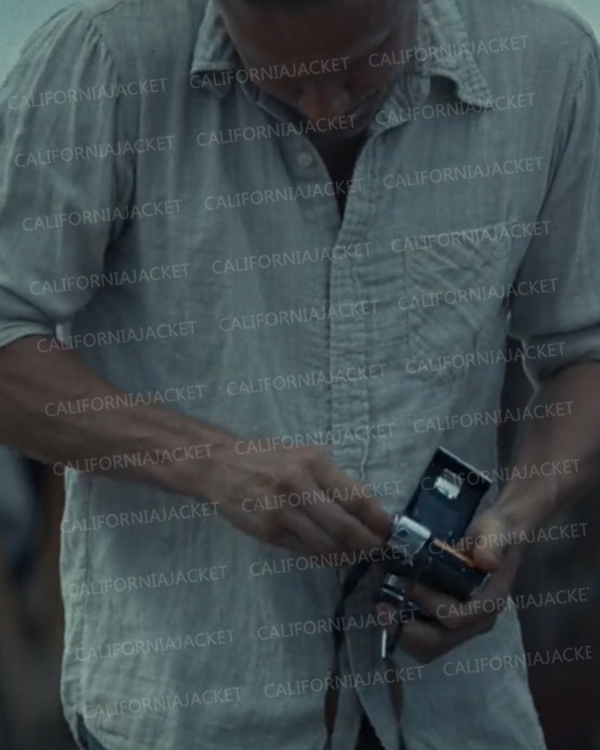 Shantaram is a drama thriller television series consisting of twelve episodes that premiered on the 14th of October 2022 and ended on the 16th of December 2022; in the same month, the series was canceled for further production. It is created by Eric Warren Singer and Steve Lightfoot. The series is based on the novel of the same name by Gregory David Roberts. The story is inspired by Robert’s own life, which is about a bank robber named Dale Conti from Australia imprisoned for a series of armed robberies, eventually escaping from Pentridge Prison and successfully running away to Bombay, India, where he changed his identity and lived a life as a wanted man. Charlie Hunnam portrays the lead role of Dale Conti/ Lindsay “Linbaba” Ford, a former Australian paramedic in training arrested and imprisoned for a series of robberies. He looks stylish in this Shantaram 2022 Charlie Hunnam White Shirt. Come on, guys! Grab the same shirt for yourself. All you need to do is; order your shirt before the stock ends.

This stylish men’s shirt is made from superior-quality cotton material. It is superbly designed with a shirt-style collar, long sleeves with open hem cuffs, one patch pocket on the chest, and a front opening with a buttoned closure. This men’s beautiful cotton shirt is available in white color.