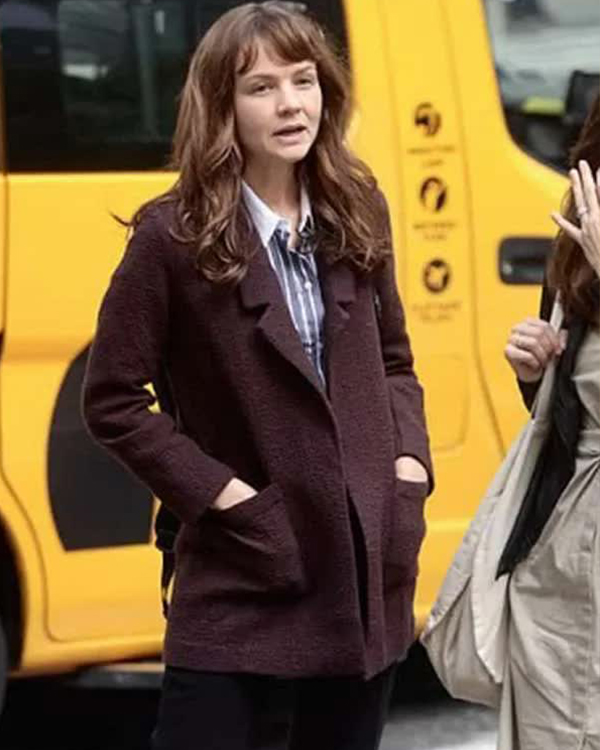 The upcoming ‘She Said” is A biographical drama film, and it is scheduled for a premiere on 13th October 2022 at the 60th New York Film Festival. It is set to release on 18th November 2022 in the United States by Universal Pictures. Maria Schrader directed the film, written by Rebbeca Lenkiewicz, and produced by Brad Pitt, Dede Gardener, and Jeremy Kleiner. The story is based on the book of the same name published in 2019 by Jodi Kantor and Megan Twohey, two journalists from the New York Times who exposed Harvey Weinstein, an American film producer’s history of abuse and sexual misconduct against women. Carey Mulligan portrays the character of Megan Twohey, and she looks gorgeous in this She Said 2022 Carey Mulligan Brown Coat. Come on, girls! Get this same coat for yourself that Carey is wearing in the film. So, what are you waiting for? Order your coat before it gets out of stock.

This elegant women’s jacket is made from superior wool blend material, with a soft viscose lining inside. It is superbly designed with a notched lapel collar, long sleeves with open hem cuffs, two patch waist pockets outside, two pockets inside, and a front opening with a buttoned closure. This women’s beautiful wool blend coat is available in brown color.