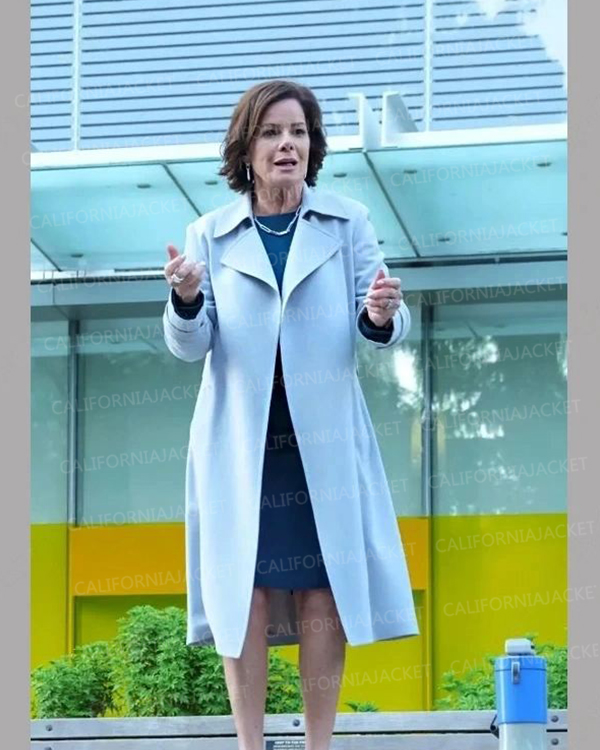 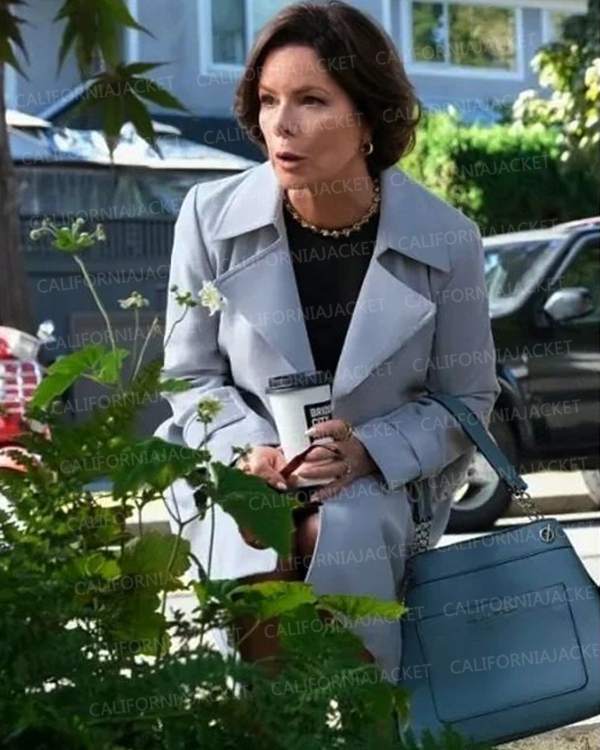 Here’s a show that we all have been waiting for. So Help Me Todd is an American legal and drama show that follows the story of a talented private investigator who works as an in-house investigator for his mother. Note that his mother is already reeling from the recent ending of her marriage. The already has one released season and has already received a ton of love and appreciation from the audience. It has been renewed for another season. If you haven’t watched the show yet, we highly recommend you to watch it now.

The lead role of Margaret has been played by Marcia Gay Harden in the show and let’s be real – she has portrayed the role amazingly. She has not only portrayed the role in a great way but has also managed to look gorgeous on-screen. She has slayed her look in So Help Me Todd 2023 Marcia Gay Harden Blue Trench Coat. The coat is made up of premium wool blend fabric with a soft layer of viscose on the inside. It has a peak lapel collar, a front buttoned closure, and has long sleeves with open hem cuffs. It’s available in a white color and comprises two front pockets along with two pockets on the inside.