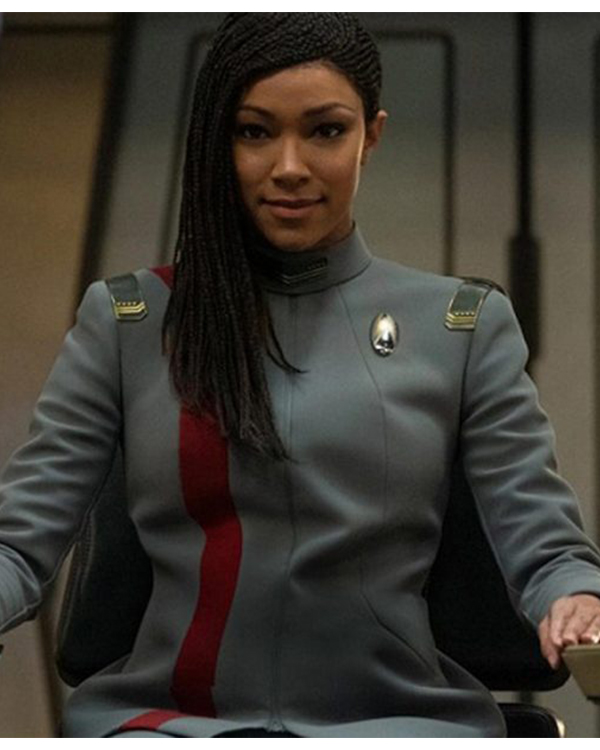 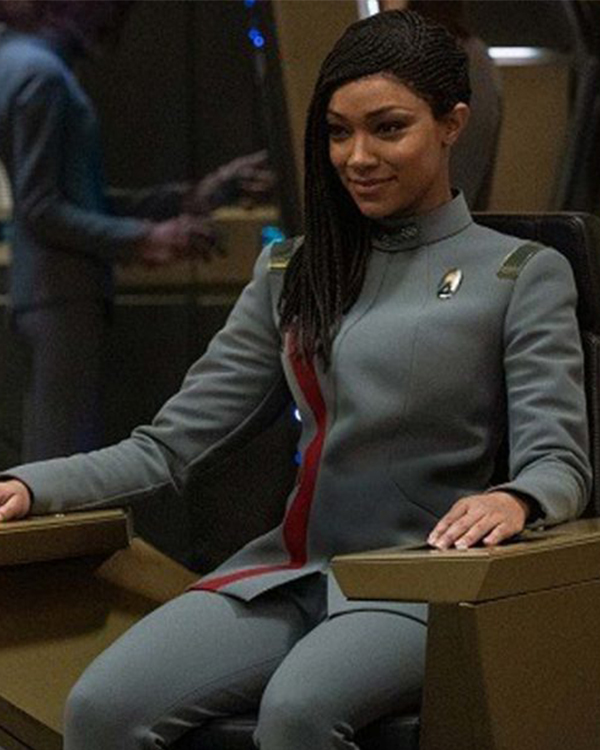 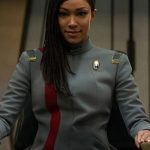 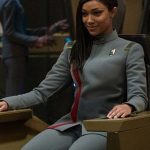 The fourth season of the American television series Star Trek: Discovery follows the crew of the USS Discovery as they face an invisible anomaly, over 900 years after the events of Star Trek: The Original Series. The season is being produced by CBS Television Studios in association with Secret Hideout and Roddenberry Entertainment, with Michelle Paradise serving as showrunner. The season stars the returning Sonequa Martin-Green as Michael Burnham, Doug Jones as Saru, Anthony Rapp as Paul Stamets, Mary Wiseman as Sylvia Tilly, Wilson Cruz as Hugh Culber, and David Ajala as Cleveland “Book” Booker, as well as Blu del Barrio reprising their recurring guest role as Adira Tal from the third season. Sonequa Martin spotted wearing Star Trek Discovery S04 Sonequa Martin Grey Jacket which is exclusively available on our website. So don’t waste your time girls and order this jacket before it gets out of stock.

This stylish jacket is made of high-quality wool blend material with a soft viscose lining. It has a stylish stand-up collar. Moreover, it is stylishly designed with a front open zipper closure. It has full sleeves with leather sta and stylish open hem cuffs. It has two pockets inside to keep your valuables safe. It is available in grey color.