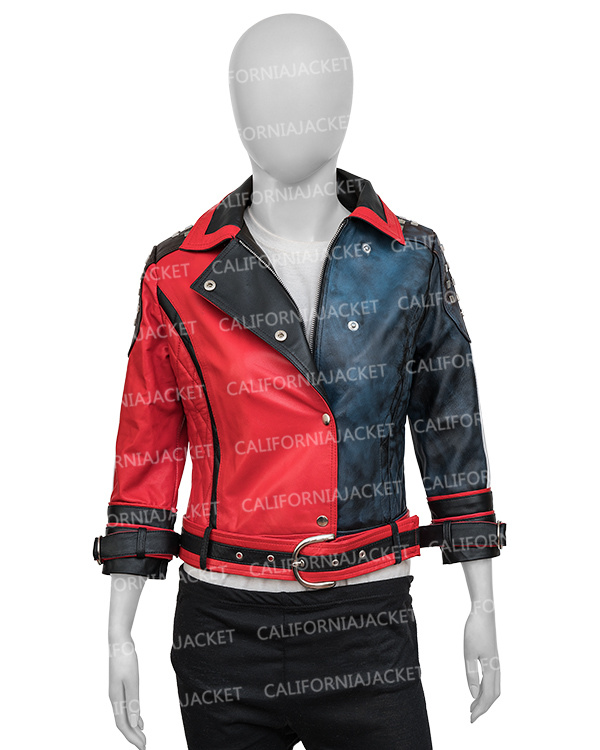 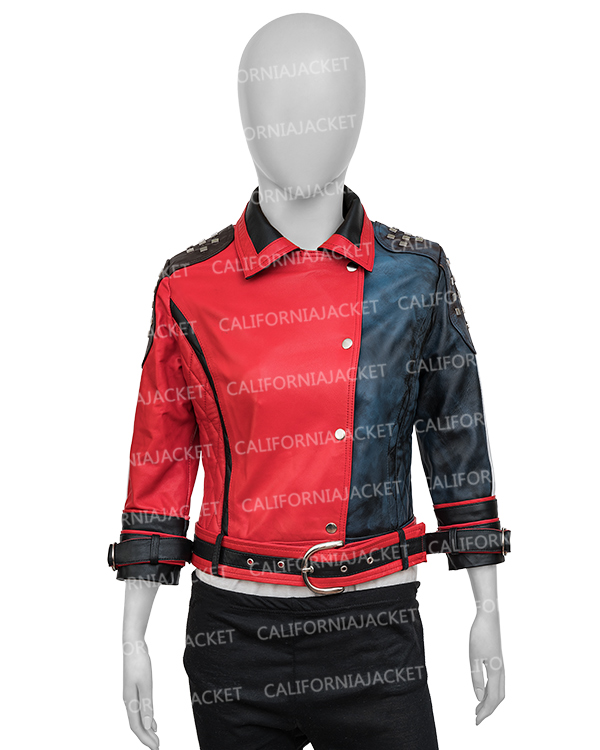 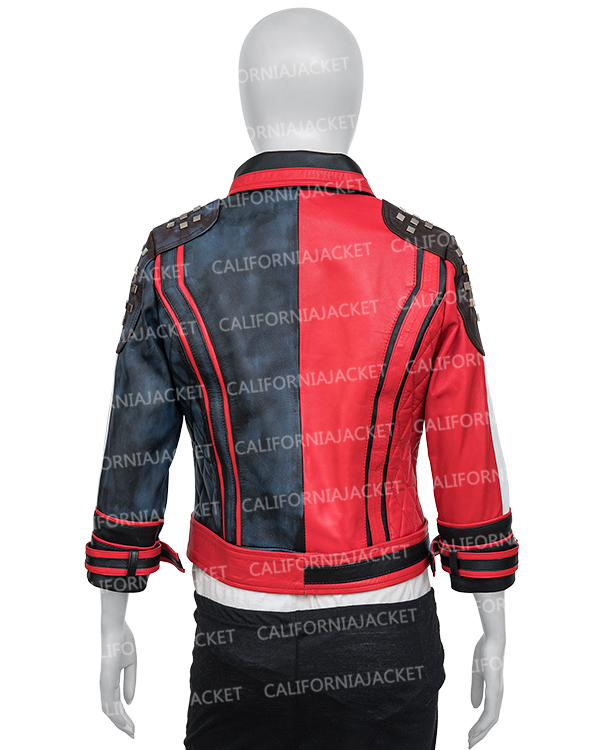 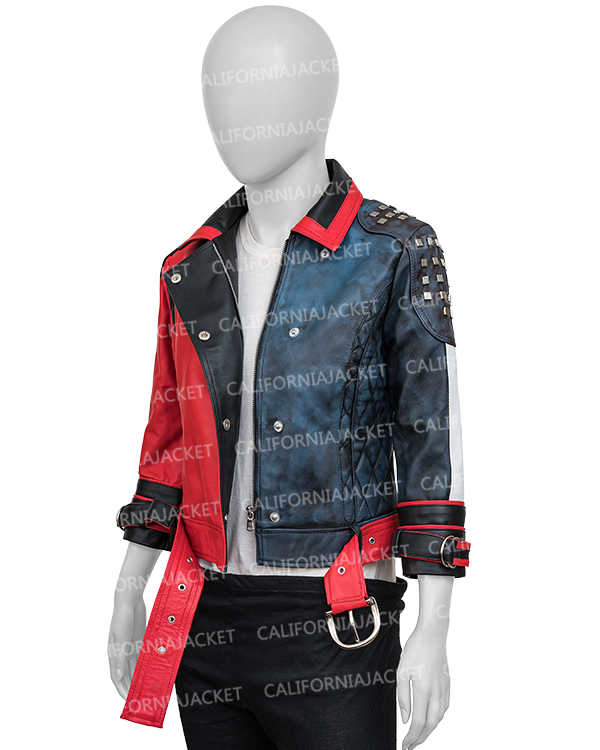 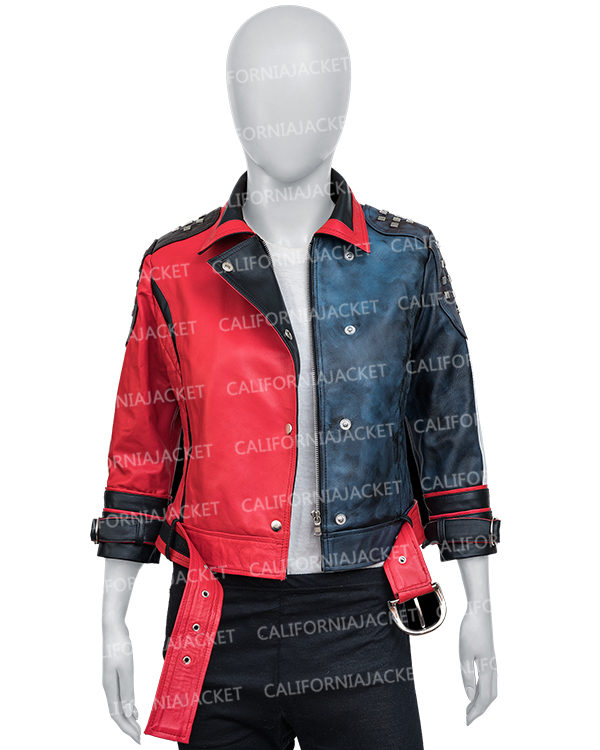 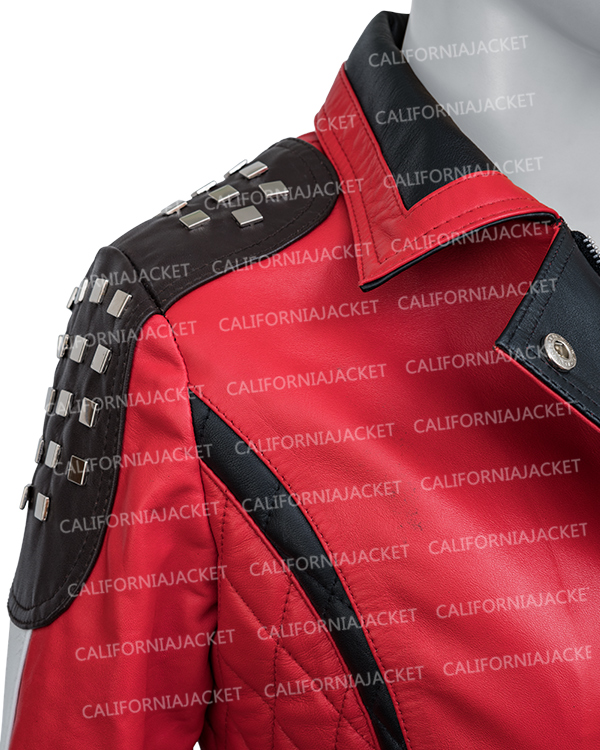 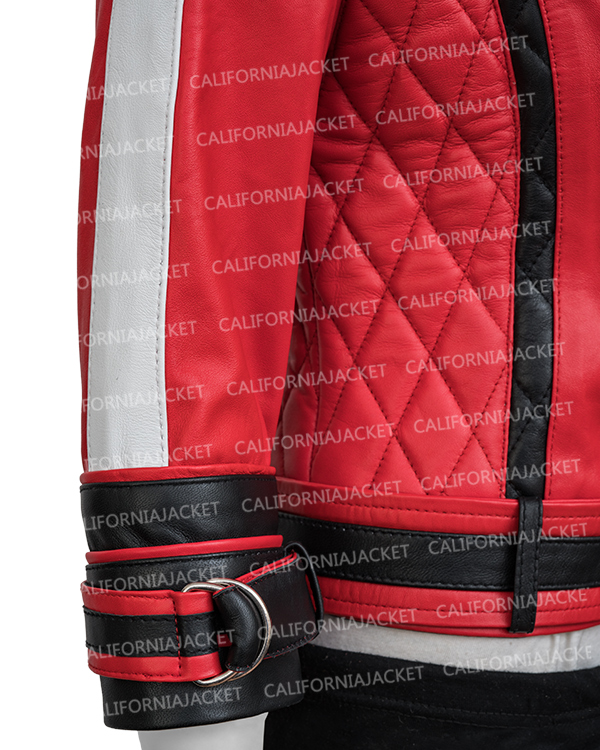 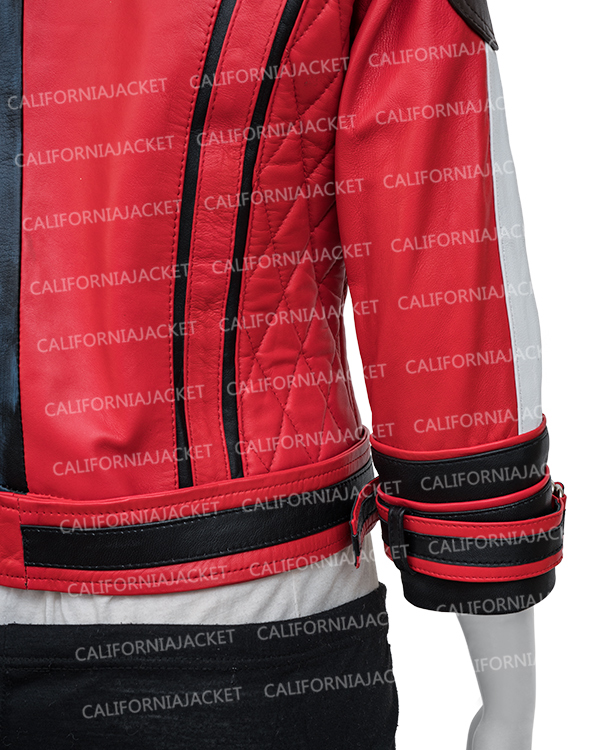 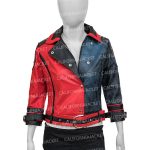 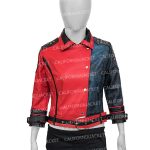 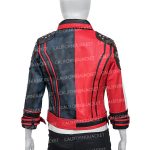 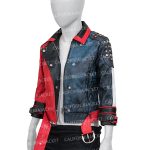 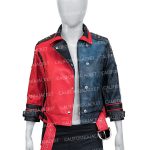 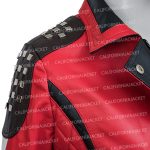 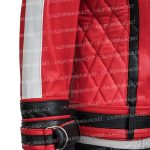 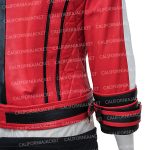 Suicide Squad: Kill the Justice League –  an action adventure game directed by Sefton Hill and developed by Rocksteady Studios is definitely the game that we are eager to play! The game is a continuation of Batman: Arkham series and will be the first game to not have Batman as the main character. The game is set in the environment that has been set in the earlier games, with four playable characters including Harley Quinn, Deadshot, Captain Boomerang and King Shark. The game will be released in 2022 for Microsoft Windows, Xbox Series X/S and PlayStation.

Harley Quinn’s character is spotted wearing this chic red and blue jacket in the game, that makes us get our hands over it right away. Suicide Squad Kill the Justice League Harley Quinn Cropped Jacket is fabricated from real leather and is lined with viscose fabric lining on the inner side. It features a notch lapel style collar, front snap tab buttoned closure, long sleeves with open hem cuffs and belted straps and a buckle belted hem.