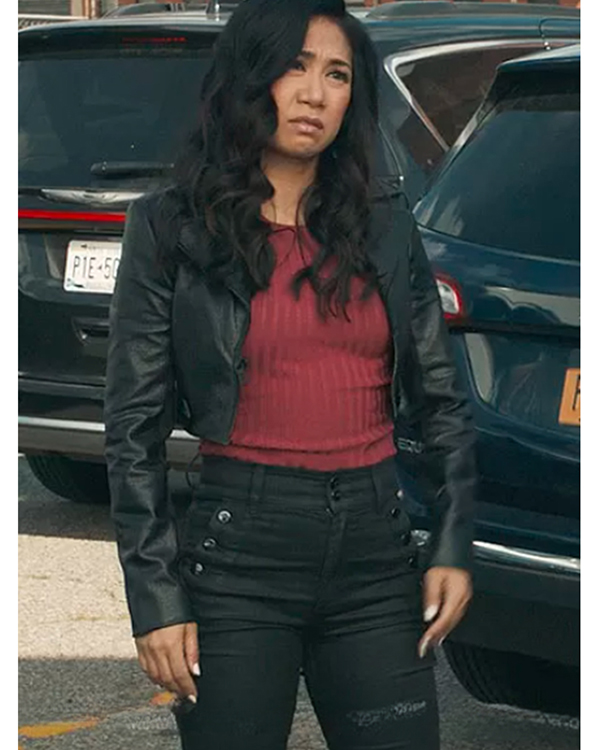 “The Equalizer” is crime-drama action television series that premiered on CBS on 7th February 2021, followed by the second season released on 10th October 2021. It is the second reboot in the franchise after the 2014 film, and its sequel was released in 2018. It is a reboot of the 1980s series of the same name. The Equalizer is co-created by executive producers Richard Lindheim, Michael Sloan, and Queen Latifah. The series focuses on Robyn McCall, an enigmatic woman in New York City, a single mother of a teenage daughter with a mysterious background; she practices different skills to help people in need and those with no one to turn to meanwhile searching for her own redemption. Liza Lapira plays the lead character of Melody Bayani, and she looks gorgeous in this The Equalizer S03 Liza Lapira Cropped Leather Jacket. Come on, girls! You, too, can have this leather jacket for yourself that Lapira wore in the series. So, hurry up! Order your jacket before it gets out of stock.

This trendy women’s jacket is made from excellent quality genuine leather with a soft viscose fabric lining inside. It is superbly designed with a notched lapel collar, long sleeves with open hem cuffs, two waist pockets outside, two pockets inside, and a front opening with a zippered closure. This women’s beautiful genuine leather cropped jacket is available in black color.