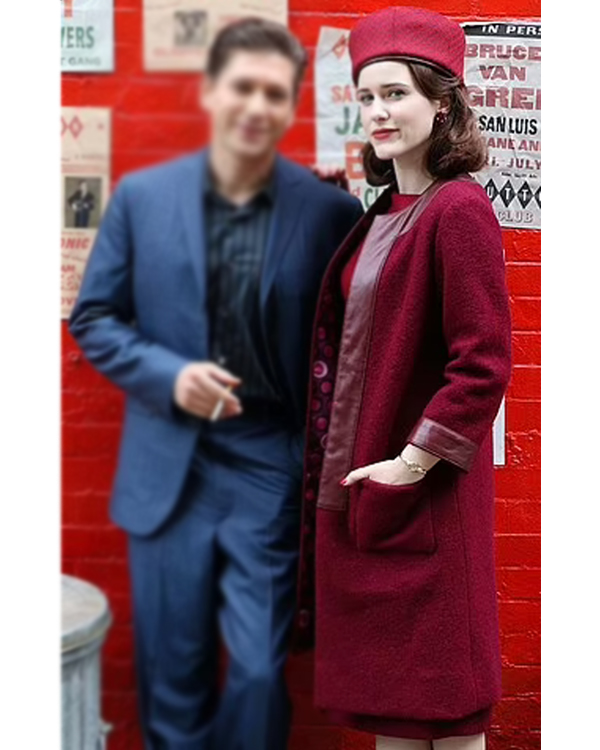 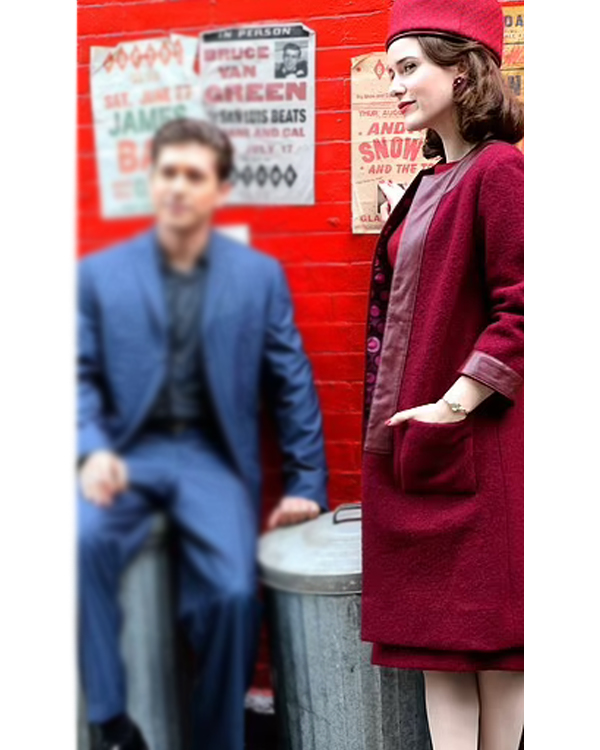 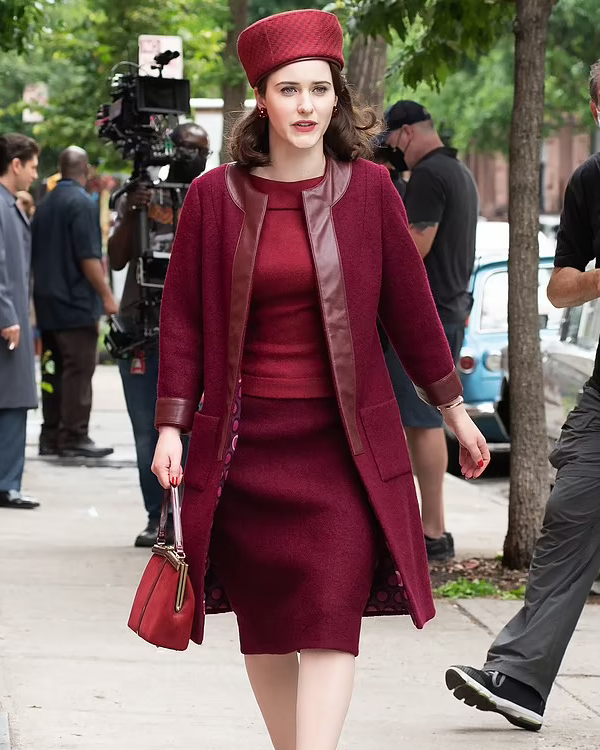 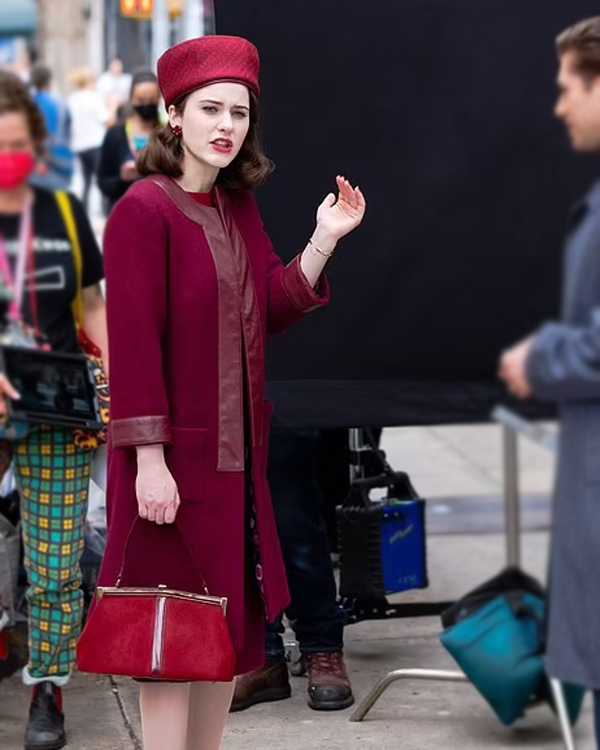 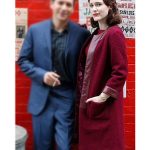 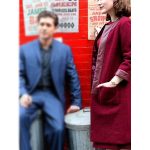 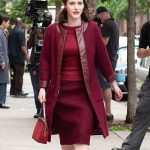 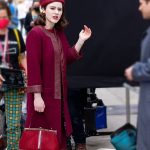 The Marvelous Mrs. Maisel is an American comedy and drama TV series created by Amy Sherman-Palladino. The show revolves around a housewife in 1958 who decides to pursue her career in stand-up comedy. The show was released on the 17th of March 2017 by Amazon Prime Video and currently has 4 successfully released seasons. The show stars Rachel Brosnahan, Alex Brostein, Michael Zegan, and other amazing stars. The show has received a generally positive review from the audience and the critics.

Rachel Brosnahan has brilliantly played the role of Miriam Maisel and has been loved for her amazing performance and gorgeous costumes worn on-screen. Many of her attires are already trending and in-demand. The Marvelous Mrs. Maisel S04 Rachel Brosnahan Maroon Coat is one of her most highlighted costumes. The coat is fabricated with wool blend material and has a soft layer of fabric on the inside. It is collarless, has a front buttoned closure, and has long sleeves with open hem cuffs. It comes in maroon color and has two front waist pockets and two inner pockets.