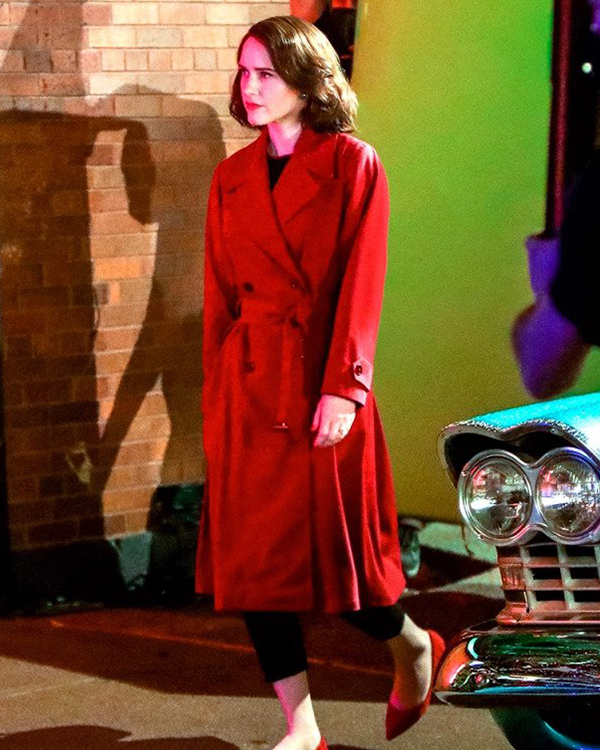 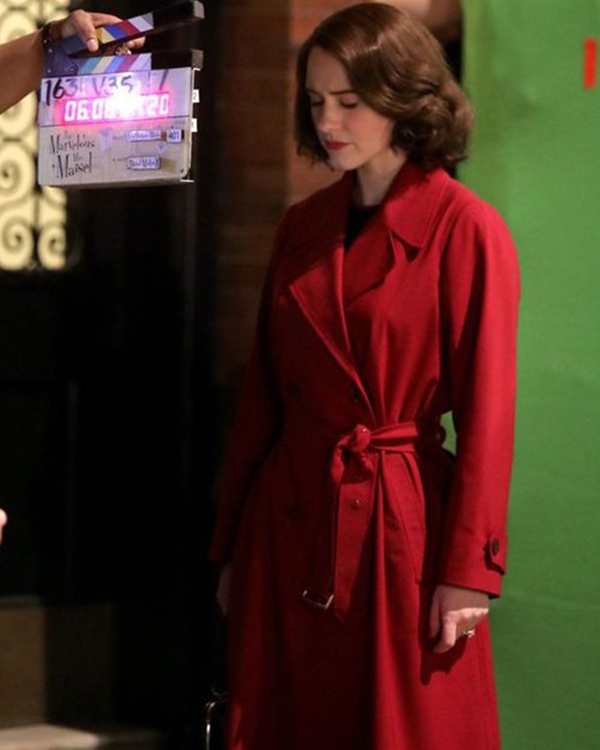 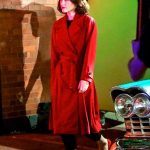 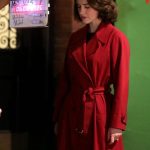 The Marvelous Mrs. Maisel is a comedy drama TV series by Amy Sherman Palladino for Amazon Prime Video. The show is set in the late 1950s, focusing on Miriam “Midge” Maisel, a housewife and mother of two. She is betrayed by her husband, who leaves her for his assistant, and that’s when she finds out that she has a knack for stand-up comedy. The first season of the show premiered on 17th March, 2017, and the last and final fifth season is scheduled to be released in 2022.

The character of Miriam “Midge” Maisel is played by Rachel Brosnahan in the series, and we are already in love with her. She is spotted wearing this red coat in the fourth season, that makes her look stunningly gorgeous and adorable. The Marvelous S04 Rachel Brosnahan Red Belted Wrap Coat is constructed from wool blend fabric with soft viscose lining on the inside. It structures a notch lapel style collar with a front double breasted buttoned closure with belt strap. The long sleeves end up with open hem cuffs and two welt pockets on the waist are spacious enough to hold onto your belongings.