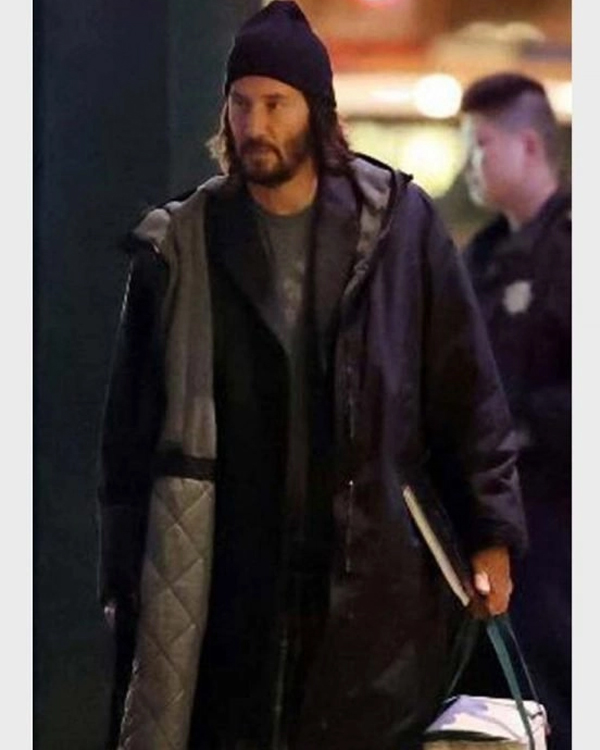 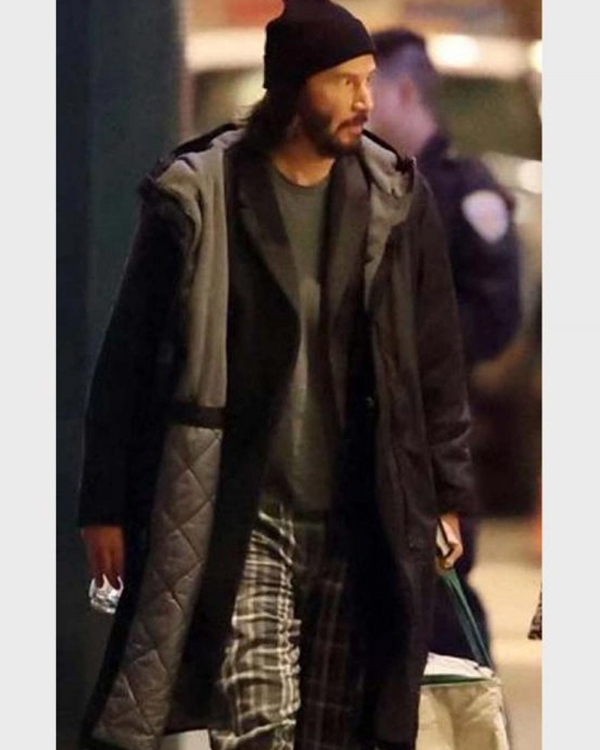 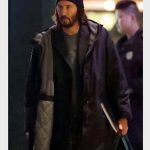 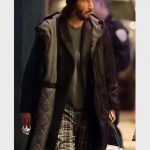 The upcoming The Matrix Resurrections is a sci-fi, action-adventure film. The movie is scheduled to have its world premiere on 18th December 2021 in San Francisco, and it will be released theatrically by Warner Bros. Pictures on 22nd December 2021. It will simultaneously be streamed digitally on the ad-free tier of HBO Max in the United States for a month. It is produced, co-written, and directed by Lana Wachowski. The film is the sequel to The Matrix Revolutions, released in 2003, serving as the fourth installment of The Matrix film series. Keanu Reeves, Carrie-Anne Moss, and Jada Pinkett Smith are reprising their roles of Neo, Trinity, and Niobe, respectively, from previous films of the series. Keanu Reeves is looking handsome as ever in this The Matrix 4 Resurrections Keanu Reeves Neo Coat.  You, too, can have the same coat that Keanu is wearing in the series. All you need to do is; order your coat now.

This elegant men’s long coat is made from superior quality cotton material, with a soft viscose fabric lining inside. It is exquisitely designed with a peaked lapel collar, long sleeves with open hem cuffs, two waist welt pockets outside, two pockets inside, and a front opening with a buttoned closure. This men’s stylish wool-blend coat is available in black color.