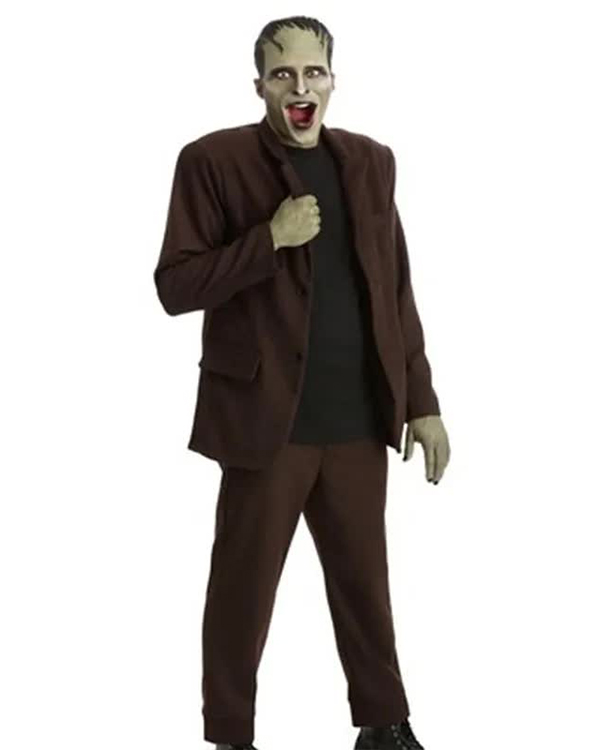 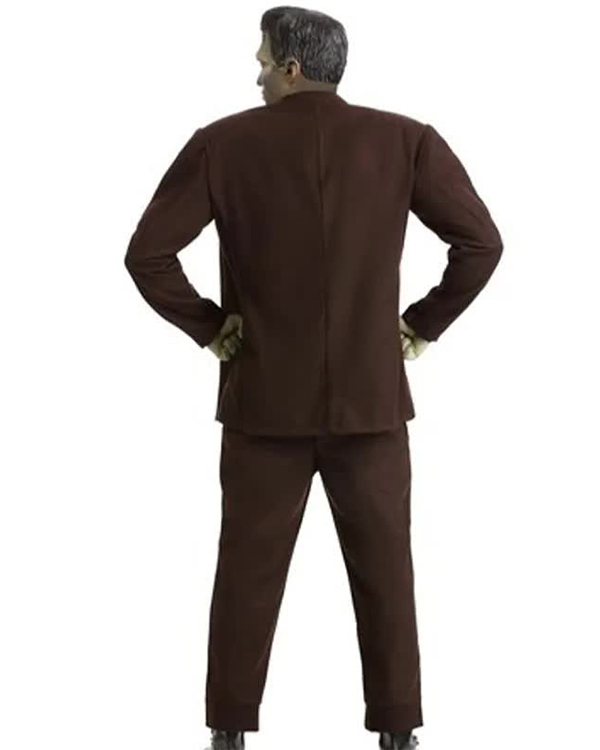 The Munsters is a comedy film released on Digital, Blu-ray, and DVD, and it also started streaming on Netflix on 27th September 2022. It was directed by Rob Zombie. It is a co-production of Universal 1440 Entertainment and Spookshow International Films. The film is based on the 1960s family sitcom of the same name. It portrays the story prior to the events previously shown in the series and tells the tale of the origin of all the characters. The film follows a family of monsters who moves from Transylvania to an American suburb. Jeff Daniel Phillips portrays the character of Herman, Shecky Von Rathbone, and Zombo. He looks excellent in this The Munsters 2022 Jeff Daniel Phillips Brown Suit. Hurry up, guys! Grab the same suit for yourself that Jeff is wearing in the series. All you need to do is; place your order before the stock lasts.

This trendy men’s coat is manufactured with excellent quality wool blend material and a soft viscose lining inside. It is beautifully designed with a notched lapel collar, long sleeves with open hem cuffs, one welt pocket on the chest, two flap waist pockets outside, two pockets inside, and a front opening with a buttoned closure. This beautiful coat is accompanied by a pair of pants manufactured with the same material having long straight pants sleeves with open hem leg cuffs, two waist pockets in front, one pocket at the back, and a waistband fastened with a hook and eye fastener. This men’s stylish wool blend suit is available in brown color.