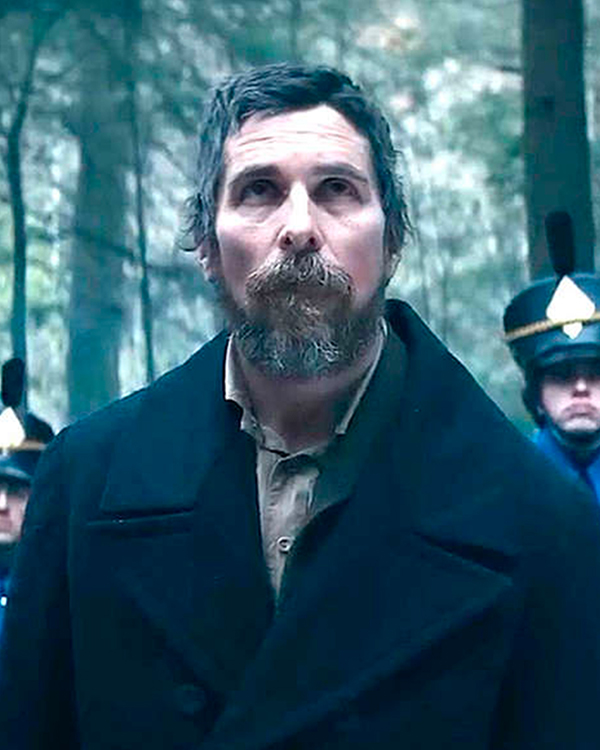 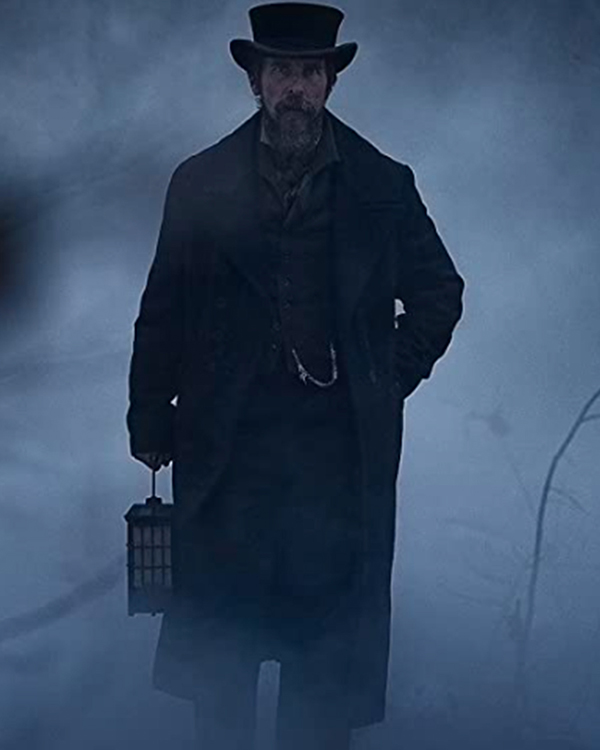 The Pale Blue Eye is an upcoming gothic horror mystery film scheduled to be premiered in limited theatres on 23rd December 2022 before streaming release on 6th January 2023 by Netflix. It is written and directed by Scott Cooper and adapted from the 2006 novel of the same name by Louise Bayard. The story follows a veteran detective in 1830 named Augustus Landor investigating a series of murders at the United States Military Academy in West Point, New York. He was helped by Edgar Allan Poe, a young cadet at the academy. Christian Bale is portraying the lead character of Augustus Landor in the film and looks handsome in this The Pale Blue Eye 2022 Christian Bale Black Coat. Hey guys! You, too, can have the same coat for yourself that Christian Bale is wearing in the series. Hurry up! Order your coat now.

This classy men’s long coat is made from superior wool blend material with a soft viscose lining. It is superbly designed with a notched lapel collar, long sleeves with open hem cuffs, two waist pockets outside, two pockets inside, and a front opening with a buttoned closure. This men’s beautiful wool blend long coat is available in black color.