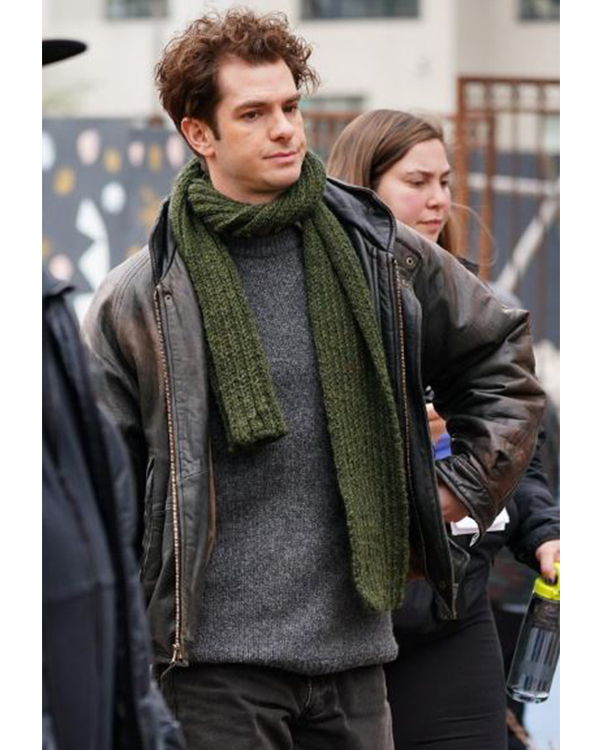 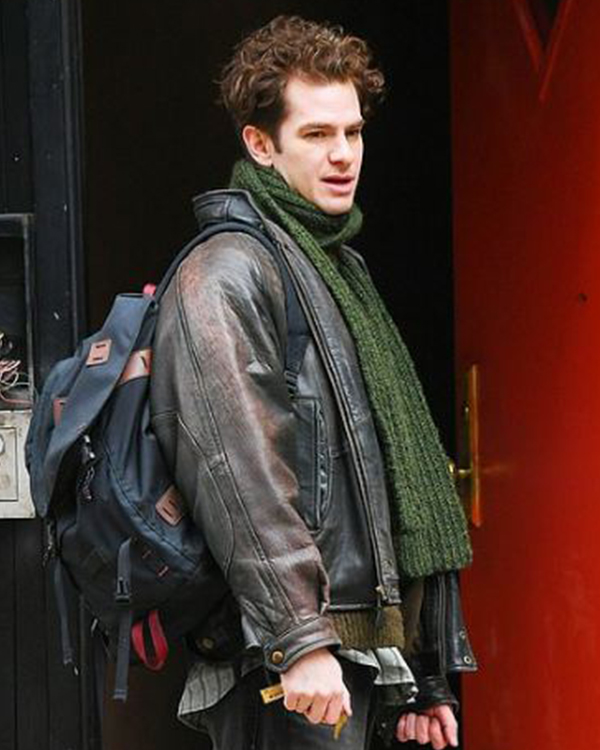 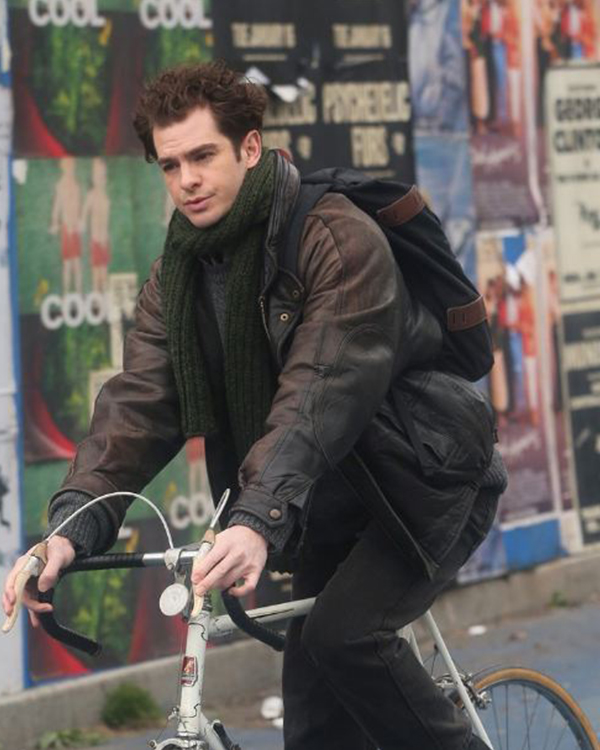 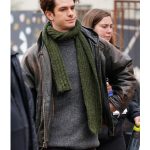 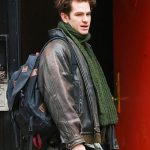 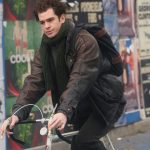 Tick, Tick …..Boom! is a biographical musical drama film, initially premiered at the AFI Fest on 10th November 2021, with a limited theatrical release after two days before streaming it on Netflix on 19th November 2021. It is directed by Lin-Manuel Miranda in his feature directorial debut and is written by Steven Levenson. The film is based on the stage musical of the same name by Jonathan Larson. It is a semi-autobiographical story about Larson’s writing and how he entered the industry. Andrew Garfield is portraying the titular character of Jonathan Larson in the film, and he is looking handsome and ever in this Tick Tick Boom Andrew Garfield Jacket. You too can have the same jacket that Andrew is wearing in the film. All you need to do is order your jacket now.

This trendy men’s jacket is manufactured with excellent quality genuine leather, with a soft viscose fabric lining inside. It is superbly designed with a stand-up style collar, long sleeves with buttoned cuffs, two slant waist pockets outside, two pockets inside, and a front opening with a zippered closure. This men’s fabulous genuine leather jacket is available in brown color.