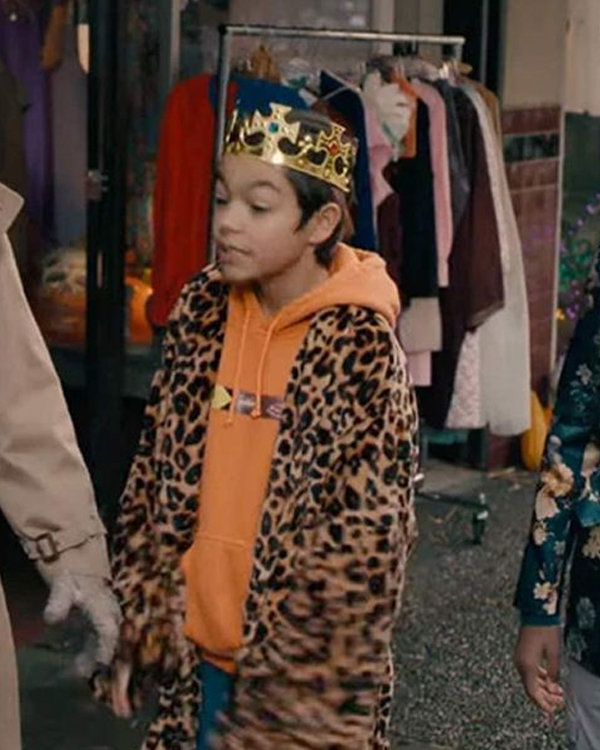 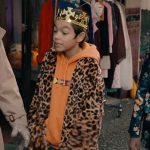 Under Wraps is an American family and fantasy movie directed by Alex Zamm. The movie was released on the 1st of October 2021 and was released by Universal Pictures. The movie is about two friends who accidently revive a mummy but turns out that the mummy is actually very sweet and in need of some friends. The cast of the movie includes Phil Wright, Jordana Largy, Karin Konoval and other such talented stars. The movie has received mixed reviews from the audience and the critics.

Many of the attires worn by the cast of the show is already trending on the internet. The audience has shown a lot of love and appreciation to the cast’s costumes. Out of many Under Wraps Marshall Leopard Parka is one of the most in-demand attires. The coat is made up of fur material and has a soft inner viscose lining. It has a shawl style collar, a front open style, and long sleeves with open hem cuffs. It comes in a leopard print and consists of two front waist pockets and two inner pockets.