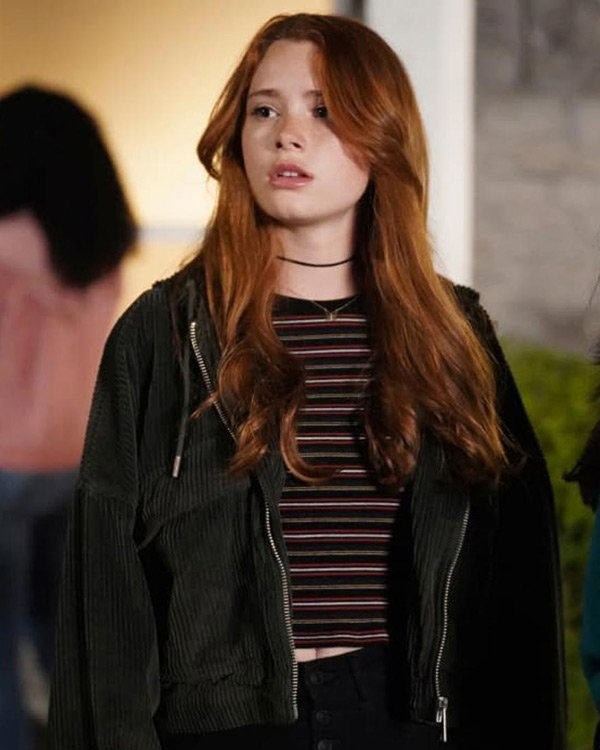 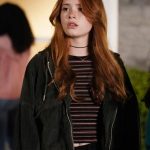 Walker is an American action, crime, and drama TV series created by Anna Fricke. The show is based on a 1993 TV series called Walker; Texas Ranger. The show is aired on The CW and was released on the 21st of January 2021. The show received a great response from the audience and the critics and was immediately renewed for a second season. The cast of the show includes Jared Padalecki, Lindsey Morgan, Molly Hogan, and other such amazing stars.

The role of Stella Walker is brilliantly played by Violet Brinson and was loved for her performance as well as her admirable costumes in the show. Walker Violet Brinson Cropped Jacket caught the attention of the fans. This jacket is made up of comfortable and lightweight wool blend with a soft inner viscose lining. It has a hood attached at the back of the collar, a front zipper closure, and long sleeves with open hem cuffs. It comes in black color and consists of two front and two inner pockets. It has a cropped style with a gorgeous design ready to be worn on all casual, formal, and fancy whereabouts.