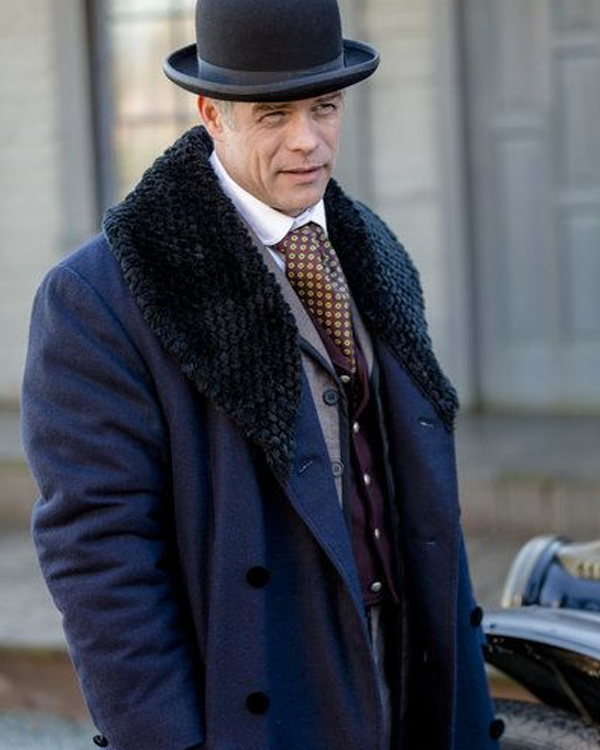 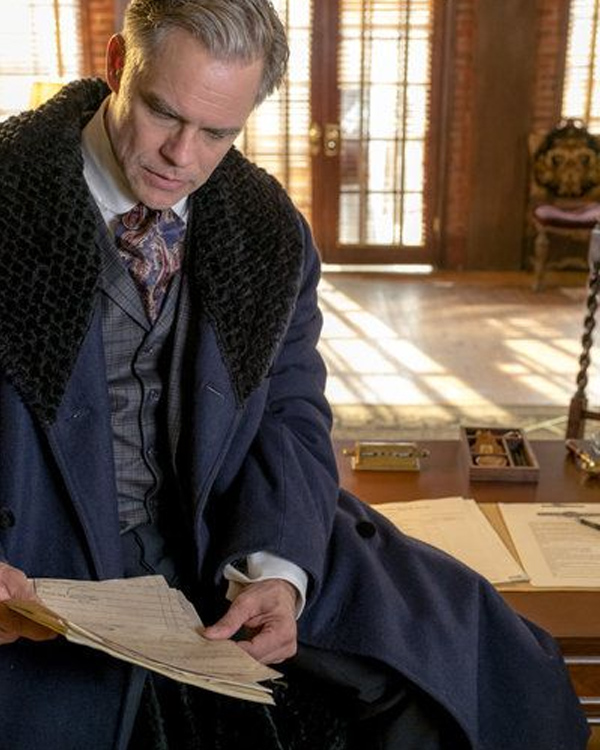 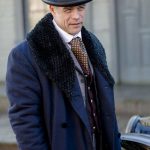 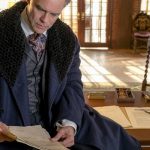 When Calls the Heart is a Canadian-American TV drama series developed by Michael Landon Jr., based on a book having the same title, written by Janette Oke. The series stars Erin Krakow, Martin Cummins, Lori Loughlin, Daniel Lissing and Jack Wagner. The plot of the series revolves around the life of Elizabeth Thatcher, a young teacher living her high-society life. When Calls the Heart aired on the Hallmark Channel on 11th January, 2014, and the latest eighth season premiered on 21st February, 2021.

The character of Henry Gowen is portrayed by Martin Cummins in the series. He is spotted wearing this blue coat in the series that makes him look both graceful and elegant. When Calls the Heart Martin Cummins Coat is made up from wool blend fabric and features a fur collar, front double breasted buttoned closure, open hem cuffs and two welted waist pockets.