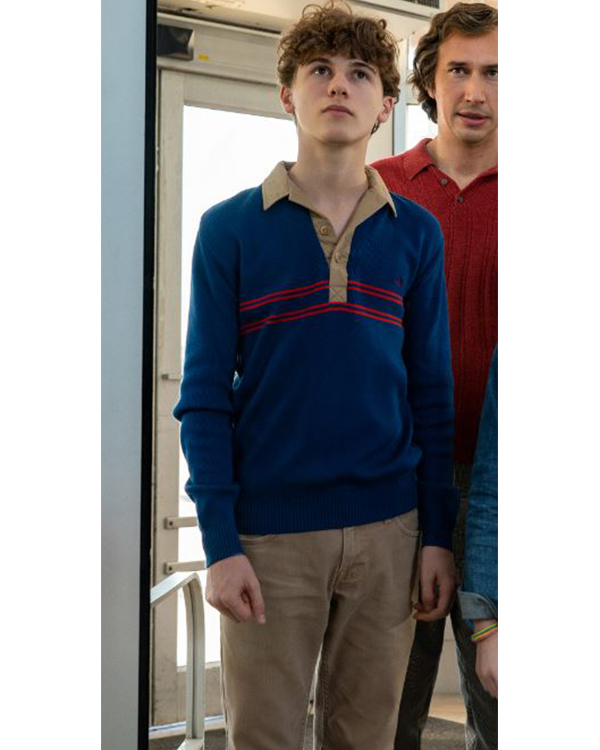 White Noise is an apocalyptic black comedy film. It initially premiered at the 79th Venice International Film Festival on 31st August 2022. Later on 25th November 2022, it was released in selected cinemas before having a streaming release on 30th December 2022 by Netflix. It is written and directed by Noah Baumbach and adapted from the 1985 novel of the same name by Don DeLillo. This film is Baumbach’s eleventh narrative feature film and the first one that is not based on his own original story. The story is about Jack Gladney professor of Hitler studies at the College-on-the-Hill. He is husband to Babette and father to four children. Jack is torn apart by “the Airbourne Toxic Event,” a cataclysmic train accident that casts chemical waste over his town. Sam Nivola portrays the character of Heinrich in the film and looks fantastic in this White Noise 2022 Sam Nivola Half Placket Sweater. You, too, can have this sweater that Sam wore in the film. Don’t wait to order your sweater before the stock ends.

This trendy men’s sweater is made from superior-quality knitted material. It is superbly designed with a shirt-style collar, long sleeves with rib knitted cuffs, two pockets inside, a front opening with half placket buttoned closure, and the rib knitted waistline. This men’s beautiful sweater is available in blue color.