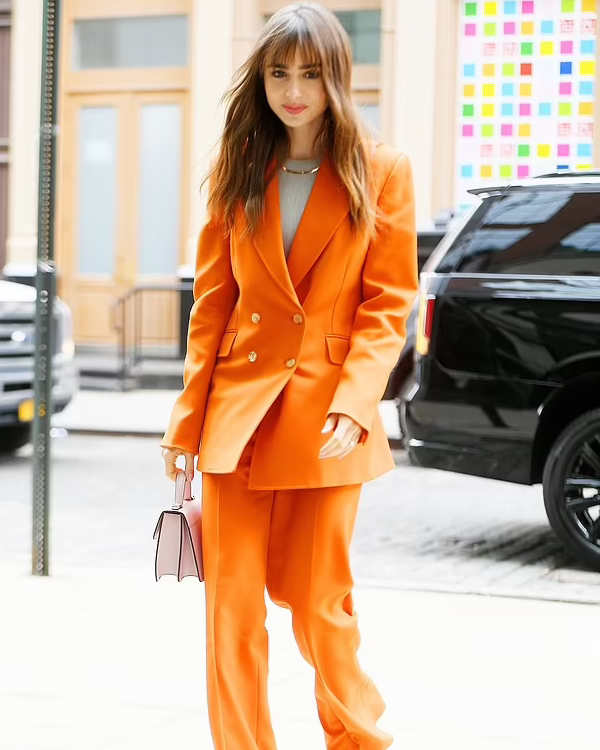 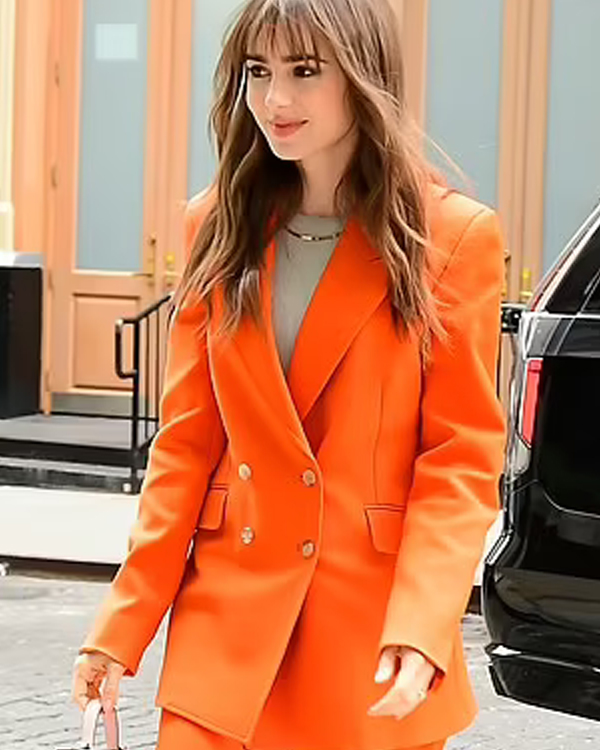 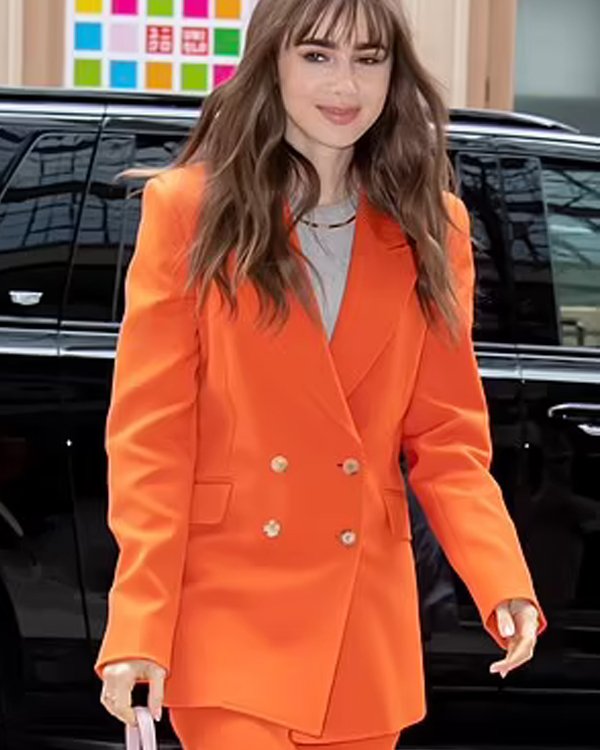 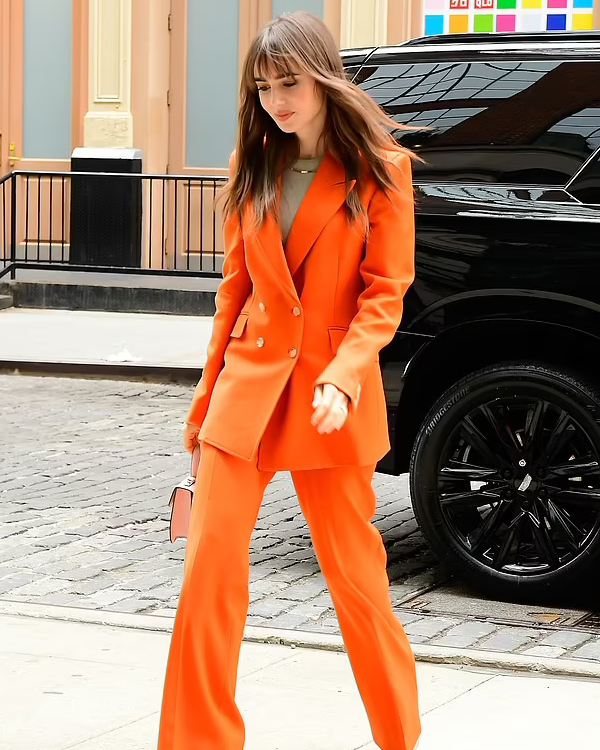 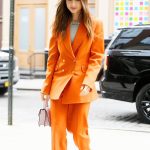 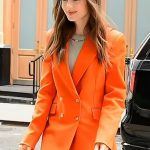 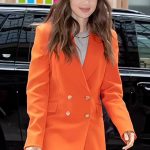 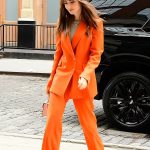 Windfall is a crime thriller drama movie directed by Charlie McDowell and written by Jason Segel, Justin Lader and McDowell himself. The cast of the show stars Lily Collins, Jesse Plemons and Jason Segel. The focus of the show is on a man who breaks into the empty vacation house of a tech billionaire, but things go wrong when the mogul and his wife arrives at the last moment. The movie was released on 18th March, 2022 on Netflix.

The character of the wife of the arrogant mogul is played by Lily Collins in the movie. At the premiere of the movie, she was spotted wearing this graceful orange suit, that made us fall in love with her right away. Windfall Lily Collins Orange Suit comprises of a blazer and a trouser, both constructed from wool blend fabric. The blazer structures a peak lapel style collar with a front double breasted buttoned closure. The long sleeves end up with open hem cuffs and the two flap pockets on the outside with two on the inside are spacious enough to hold onto your belongings. The orange color looks great!